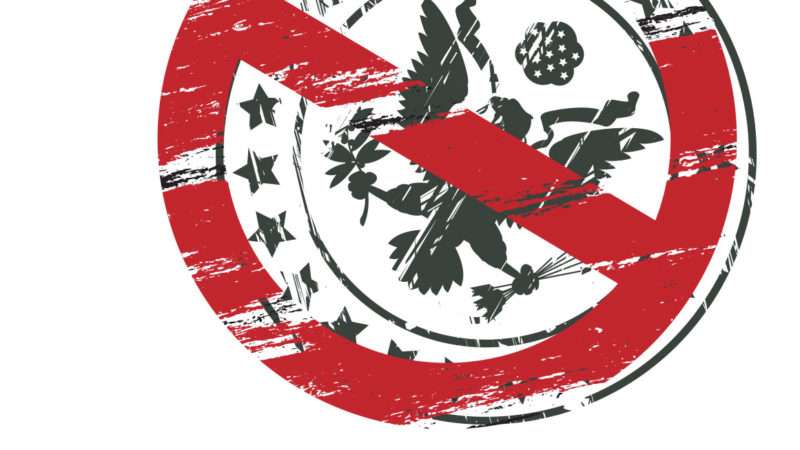 In April, as COVID-19 spread through the United States, President Donald Trump imposed a two-month pause on nearly all legal immigration to protect America’s physical and economic health. He has now extended the ban until December and expanded it, while acknowledging that the changes are primarily about protectionism for American labor.

The original ban halted new green cards for anyone other than the children and spouses of American citizens, because, the order claimed, lawful permanent residents get instant “‘open-market’ employment authorization documents” that allow them to immediately compete with American citizens “for almost any job in any sector of the economy.” The latest ban also imposes a moratorium on temporary work visas for foreign techies, low-skilled nonagricultural workers, people with summer jobs, and intra-company transfers. America’s unemployment rate quadrupled between February and May, Trump proclaimed, so more foreign workers would “present a significant threat to employment opportunities for Americans.”

Foreign workers typically fill niches at both the top and bottom ends of the labor spectrum, where qualified Americans aren’t available or willing to take jobs. If there were a surfeit of such workers, the labor market would itself reduce foreign worker inflows, since existing labor and immigration laws already make it costly to hire a foreigner. But restrictionists argue that starving businesses of foreign workers will force them to invest in training domestic workers or to start paying them more.

Yet the market cannot bear endless price increases. To control labor costs, businesses will automate what they can and outsource what they can’t, resulting in a bigger loss of American jobs.

The former happened after the end of the “bracero” program in 1964 that had allowed American farmers to hire around half a million Mexican guest workers on a seasonal basis. The small increase in wages that farms had to pay domestic workers evaporated quickly as machines replaced the lost Mexicans.

The latter will happen in the tech sector. Even when the United States’ overall unemployment rate in June touched 13.3 percent, that number was only 2.5 percent for computing jobs, according to the pro-immigration National Foundation for American Policy.

In 2004, when Congress slashed the high-skilled H-1B visa cap from 195,000 a year to less than half that, multinational companies started hiring more workers in their affiliates abroad, according to Wharton School professor of management Britta Glennon. Given that each H-1B supports 1.83 jobs for Americans, University of North Florida economist Madeline Zavodny has found that the net result of turning away foreign labor is greater unemployment—and lower wages—for native-born workers.