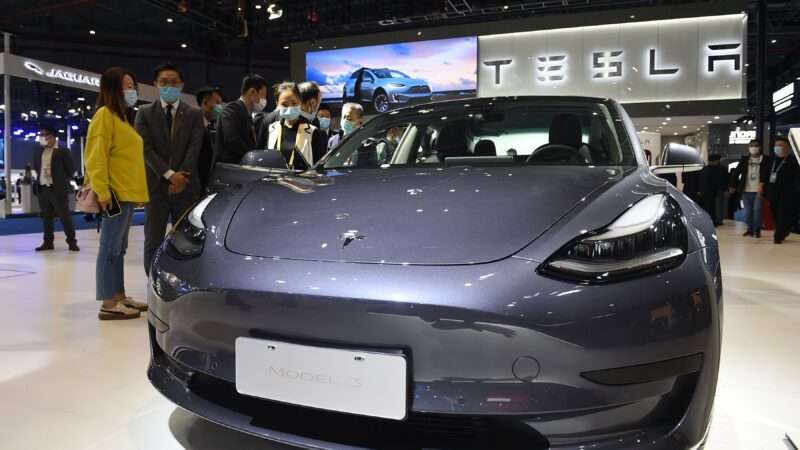 The recent announcement by the Standard and Poor’s 500 Index that Tesla Inc. would join the index of large U.S. stocks is the latest reminder of the importance of immigrants to America’s success.

Tesla’s founder and CEO, Elon Musk, is now the third-richest person in the world, according to the Bloomberg Billionaires Index. Musk was born in South Africa but eventually came to the United States via Canada.

People may complain about Musk’s erratic tweets or the share of his company’s revenues that come from reselling regulatory credits. Even discounting for all that, though, what he has done with Tesla is a remarkable achievement. People who can afford to drive Mercedes-Benz cars or other luxury gas-powered vehicles are voluntarily (okay, with nudges of government subsidies in some cases, but more or less voluntarily) trading them in for cars from a new entrant to the market. They are doing so in such numbers as to make Musk and other Tesla shareholders extremely wealthy. In the third quarter of 2020—amid a global pandemic—Tesla produced 145,036 vehicles. Tesla’s market capitalization now exceeds that of much older companies such as JPMorganChase & Co., Coca-Cola Co., or McDonald’s Corp.

Nor is Musk an exception when it comes to America’s most valuable companies being led by immigrants. Microsoft’s CEO, Satya Nadella, is originally from Hyderabad, India. Alphabet, the parent company of Google, was co-founded by an immigrant from Russia, Sergey Brin. The current CEO of Alphabet is Sundar Pichai, who was born in Chennai, India, and came to the U.S. to study at Stanford and Wharton.

All this is worth thinking about now as an incoming presidential administration looks at how it might support economic growth amid the effects of the pandemic. Joe Biden’s temptation will be to try to handle this via executive order, as President Obama did with the Deferred Action for Childhood Arrivals program and as President Trump did with rolling it back.

But if Republicans are to do a proper reckoning with where Trump went wrong, part of it has to be a clear-eyed look at the mixed signals he sent on immigration. At moments, such as the naturalization ceremony staged at the Republican National Convention, Trump welcomed immigrants. The more dominant message, though, was that immigrants, especially illegal immigrants and refugees, were a threat—”rapists.” Some of that was press bias, seizing on Trump’s negative statements and ignoring the positive ones. But the signals were clear enough from the policies of building the wall, reducing refugee admissions, and separating children from parents at the border.

As Matthew Yglesias writes in an excellent new book, One Billion Americans: The Case for Thinking Bigger, U.S. immigration policy needn’t be “an act of kindness toward strangers.” Rather, it can be “a strategy for national growth and national greatness.”

With more people, America will have more innovative, job-creating companies like Apple and Tesla and Alphabet and Amazon.

A recently retired CEO recalled the other day that during a visit to China he had tried to curry favor by telling his hosts that with the talent of 1.4 billion people to draw on, China would be formidable. The Chinese interlocutor had replied, wisely, that the U.S. could draw on the best talents of the world’s 7-and-a-half billion people.

Musk is but one example.

The best way for Senate Republicans to put the Trump era behind them would be to work with Biden on immigration legislation that will throw open America’s doors to the next generation of immigrant and child-of-immigrant entrepreneurs. They are worthy descendants of the Thanksgiving Pilgrims.

What those new innovators will invent is impossible to imagine, but anyone with retirement savings in an S&P 500 Index fund—and anyone invested in the future of the United States—will want it to happen here.