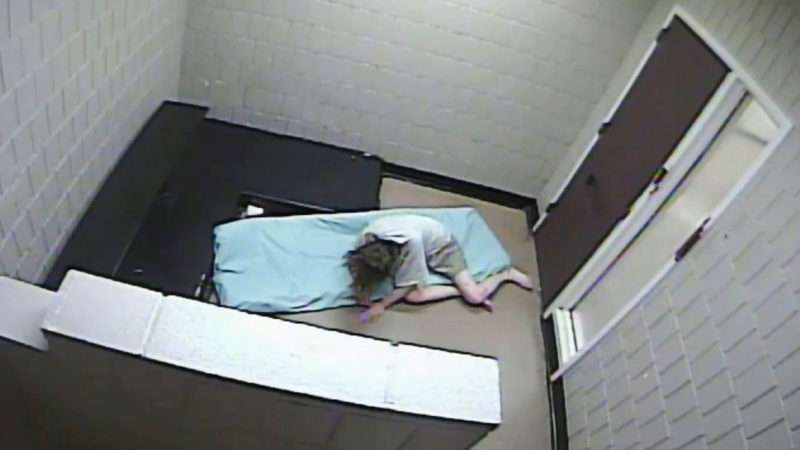 More than 7,500 Americans died in jail during the last decade, and two-thirds of them were never convicted of a crime. Those are the stunning topline numbers from an investigation that Reuters published in October.

Anyone who has paid attention to the issue has known for a long time that jail deaths from neglect and occasional malevolence are a nationwide problem—especially when jails become the de facto solution to mental health and drug addiction crises. Last summer, for example, Reason reported on the story of 46-year-old Holly Barlow-Austin, who suffered from medical neglect for months at a Texarkana, Texas, jail before being transferred to a hospital and eventually dying of sepsis due to fungus, cryptococcal meningitis, HIV/AIDS, and accelerated hypertension.

A 2016 HuffPost investigation found more than 800 jail deaths in the year following the nationally covered death behind bars of Sandra Bland. But the Reuters report is the most comprehensive public effort to put a firm number on such deaths. The outlet estimates that the number of people who have died while locked up in the United States has increased 35 percent during the last decade.

Of the 7,571 jail deaths Reuters identified, most were due to illness. But “more than 2,000 took their own lives amid mental breakdowns, including some 1,500 awaiting trial or indictment,” it reported. “A growing number—more than 1 in 10 last year—died from the acute effects of drugs and alcohol. Nearly 300 died after languishing behind bars, unconvicted, for a year or more.”

The Justice Department’s Bureau of Justice Statistics (BJS) has been collecting mortality reports from local jails and prisons for more than two decades. But it has refused to release the raw data, instead publishing an aggregate number for each state. Under the Trump administration, the BJS stopped releasing even those summary reports, and the Justice Department has said it has no plans to resume publishing them.

Deprivation of life without due process is the most severe and irreversible of constitutional abuses. Yet every level of government, from the feds to the states to counties where sheriffs often rule with little oversight, shows a profound lack of interest in disclosing how often and why jail inmates die.

We can’t solve a problem we can’t see or measure. The Justice Department needs to release the full data it collects on jail deaths, while states and counties must hold law enforcement leadership accountable for the lives under their lock and key.