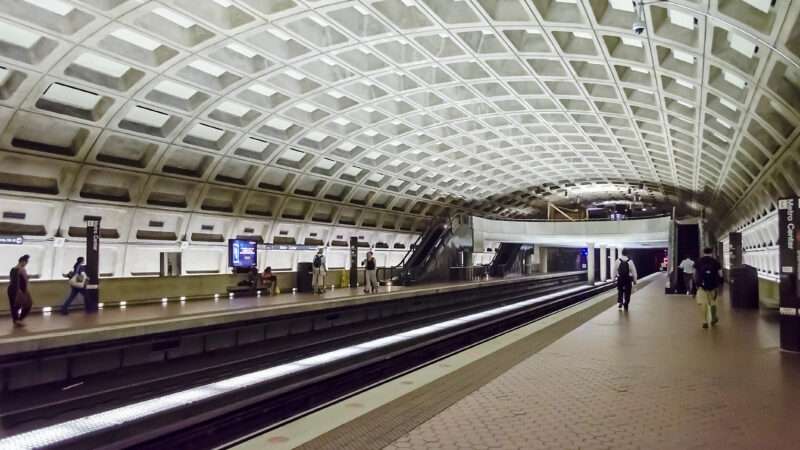 After years of mounting delays, falling ridership, and the occasional fire, it appears that a new era of malfunctioning is nye for Washington, D.C.’s perennially troubled Metro rail transit system.

On Monday, Paul Wiedefeld—general manager for the Washington Metropolitan Area Transportation Authority (WMATA), which runs most of the D.C.-area’s buses and trains—said that his agency was facing a $500 billion shortfall as a result of falling ridership during the pandemic. That budget gap would necessitate huge service cuts, according to a budget proposal from Wiedefeld that will be presented to WMATA’s board this Friday.

Those cuts would include total elimination of weekend Metro rail service, cutting some 20 bus lines, staggering trains half an hour apart, and the closure of 19 rail stations. Weekday rail service would also end at 9 p.m. rather than the current 11 p.m.

Even before coronavirus, transit ridership in the D.C. area has been well-below its peak thanks to a number of factors, from falling costs of driving to the deteriorating quality of public transit itself, not to mention the rise of alternatives like ridesharing and microtransit.

The idea of such drastic service cuts has already provoked D.C. Mayor Muriel Bowser to call for additional federal aid.

“WMATA’s deeply troubling proposal is another reminder of the critical need for federal stimulus to revive our economy and to preserve our way of life,” said Bowser in a statement released on Twitter. “Regardless of party and ideology, we must once again come together to save Metro.”

The Coronavirus Aid, Relief, and Economic Security (CARES) Act passed by Congress in late March dedicated $25 billion in funding to public transit agencies, of which $876 million went to WMATA, according to the Washington Business Journal.

As far back as late July, Wiedefeld has been warning that that money would not be enough to get his agency—which is reportedly losing $2 million per weekday—through the end of the year.

WMATA isn’t the only transit agency with its hand out right now. New York’s Metropolitan Transportation Authority has asked Congress for a full $12 billion in aid to get it through 2021. The American Public Transportation Association is requesting $32 billion in additional federal assistance for the entire public transportation sector.

Baruch Feigenbaum, a transportation expert with the Reason Foundation (which publishes this website), says that given the staggering declines in ridership D.C.’s Metro system has seen in 2020, service cuts shouldn’t be off the table.

People for whom taking transit is optional, says Feigenbaum, are going to be driving to work or working remote for the foreseeable future given the health concerns over taking mass transit to a crowded office.

“Because of COVID they probably do need to cut some routes,” he says. “The transportation choice riders are not coming back anytime soon.”

That spells trouble for WMATA, given how much the agency has prioritized those transit choice riders pre-coronavirus by building out rail lines to the suburbs instead of building up reserves or improving bus service for transit-dependent riders.

Getting operating costs under control by cutting superfluous routes, he says, would reduce how much aid would be required and allow more of it to be focused on the riders who need transit the most.

Others have proposed more radical solutions. Randal O’Toole of the Cato Institute has suggested totally shutting down D.C.’s rail transit system, and replacing it all with bus service where necessary.

That’s probably not going to happen, and could well be too drastic a measure if ridership is set to rebound significantly after the pandemic.

Another solution would be to eliminate D.C.’s heavy-handed regulation of microtransit options like dockless scooters and electric bike services, so that service cuts don’t leave former riders with no other transportation.

That wouldn’t be a panacea, but it would give some folks an option other than an ailing transit system few are willing to ride at the moment.