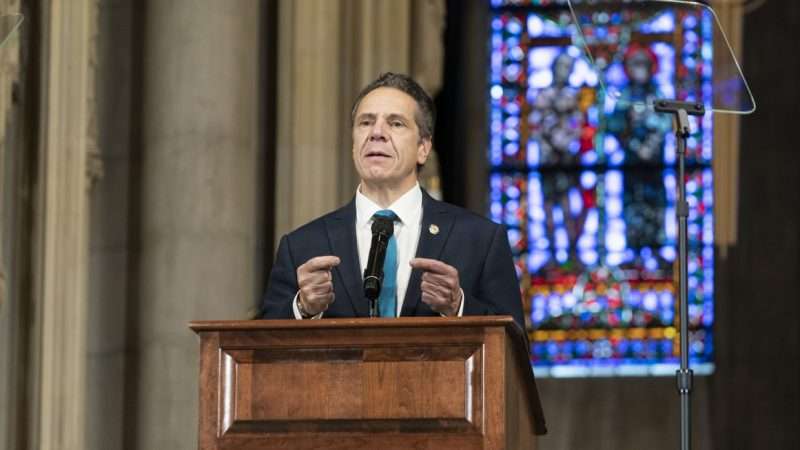 New York Gov. Andrew Cuomo has tried and failed to legalize recreational marijuana use for several years now, and in his budget proposal for 2021, he’s giving it yet another try.

How hard can it be to legalize marijuana once the public supports it? In New York, the conflict is over the money, of course. In Cuomo’s budget proposal, he’s entirely focused on the revenue marijuana sales will bring into the state. He’s proposing a 10.25 percent state sales tax, and allowing local sales taxes on top of it. Cuomo predicted that eventually, once the state’s system is fully operational, the government will be bringing in $300 million in tax revenue annually.

But unfortunately, it looks like Cuomo’s proposal may also have some embedded bad ideas. Last year, when Cuomo started shopping around a legalization plan, it included a complete ban on home cultivation for recreational use. In order to legally access marijuana, you had to buy it from a legal vendor, thus guaranteeing the government gets a sweet cut of the money.

Reason has requested a copy of the governor’s full proposal, but his office has not yet responded. According to Marijuana Moment, which has spoken to local advocates, the home cultivation ban is back in Cuomo’s new legislation—and he’s actually expanded it. Last year’s proposal allowed medical marijuana users to grow plants at home. This year’s proposal allows cultivation for neither recreational nor medical marijuana users, a ban reportedly urged by major marijuana companies.

The proposal also allows municipalities and counties with a population of 100,000 and more to opt out of allowing recreational marijuana sales, so in some parts of the state, you may not be able to buy or grow your own marijuana. By contrast, California allows cities to opt out of retail sales, but citizens are permitted to grow up to six plants for their own use at home.

The proposal also doesn’t authorize delivery or point-of-sale marijuana consumption but will leave it to regulators to develop new categories of licenses later on.

More bad news about Cuomo’s plan came from public defender Eli Northrup of The Bronx Defenders. He noticed that Cuomo’s plan actually increases the criminal penalty for anybody caught selling marijuana to somebody who is under 21. It’s currently a misdemeanor, but Cuomo’s plan turns it into a class D felony with a potential prison sentence of up to two and a half years. The current marijuana legalization bill in circulation in the state’s legislature keeps it as a misdemeanor.

Cuomo’s proposal shows that he and the state don’t actually care that much about the devastating impact that the war on marijuana has had on poor communities. He just wants to make sure that the state still has a solid cash flow once they’ve stopped locking people up, fining them, and seizing their property. And if anybody attempts to grow or smoke weed without giving the state its cut, he’s willing to keep the drug war going.