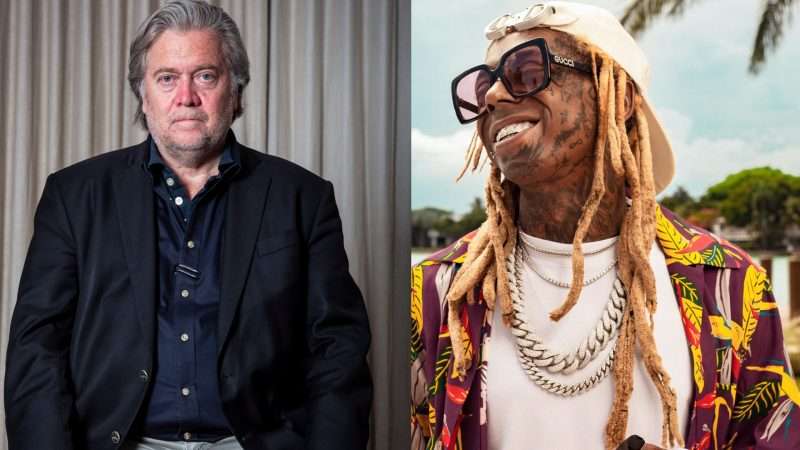 Trump manages to do a little good on his way out. In his last few weeks in office, outgoing President Donald Trump went on an execution spree and spawned a riot at the U.S. Capitol. So, it’s no surprise that he spent his last full day in the White House yesterday further sullying his legacy, taking back an order issued at the start of his presidency—back when he still pretended to care about “draining the swamp”—that bans administration officials from private lobbying within five years of leaving office while (for the second time) pardoning a former campaign chief. This time, the pardon went to Steve Bannon, the architect of some of the worst anti-immigrant policies and alt-right tones in Trump’s campaign and early presidential days.

Meanwhile, Trump failed to pardon or commute the sentences of government whistleblowers like Julian Assange, Edward Snowden, and Reality Winner or Silk Road founder Ross Ulbricht, as many had been urging him to.

However, Trump did issue some commendable pardons and commutations yesterday, including to rap star Lil Wayne, who was recently busted on gun charges, and Lavonne Roach, a woman sentenced to 30 years in prison for helping out with her boyfriend’s meth operation.

These include David Barren, whose life sentence was commuted under Barack Obama… to 30 years in prison. And they include Chris Young, who in 2014—at 26 years old—was sentenced to life in prison for possession with intent to distribute cocaine.

Oh my goodness, Chris Young got a commutation. I wrote about his case in 2018. The judge who sentenced him quit a lifetime appointment to the bench and became an advocate for his release https://t.co/okAjGpjxDP pic.twitter.com/cijrXldpN6

Also among those granted commutations were “Michael Pelletier, who went to prison in 2007 for importing marijuana; Craig Cesal, a first-time offender who was imprisoned in 2003 for repairing trucks that were used to distribute marijuana; and Darrell Frazier, who was sentenced in 1991 for his role in a cocaine trafficking operation,” notes Jacob Sullum, who makes a case for celebrating pardons even of Trump cronies. (“The focus on Trump’s motivation obscures the crucial question of whether the recipients of commutations received sentences that were grossly disproportionate in light of the conduct that sent them to prison,” he writes.)

Sullum points out that while Trump’s commutation total doesn’t “come near Obama’s, which surpassed those of his 13 most recent predecessors combined,” Trump “did end up issuing nearly 100 times as many commutations as Obama did in his first term (just one).”

Now it’s time for incoming President Joe Biden and Vice President Kamala Harris to prove they’ve actually changed their crime panic and cop ways by keeping this up. As Matt Welch comments, “Joe Biden and Kamala Harris, who both campaigned on criminal justice reform after having not governed that way in the past, can demonstrate their seriousness by commuting sentences every damned day, not just the last one.”

Are we going to hear about how this is censorship now? And how Congress needs to pass “pillow neutrality” laws?

Or can we just admit that sometimes “consequences” of your speech means no one wants to do business with you? https://t.co/PN4BA4LxsQ

Just in: House Speaker Nancy Pelosi says on MSNBC tonight that she would support the creation of a 9/11-style commission — with subpoena power — to investigate the Capitol attack.

At least not all Democrats are on board:

I’m leading the call for national security powers to not be expanded in light of the attack on our nation’s Capitol that occurred two weeks ago, as such measures often lead to the erosion of Americans’ civil liberties. pic.twitter.com/K6IHTPQzne

• “Seven cases of COVID-19 in Michigan are now associated with a Washtenaw County woman who traveled to the United Kingdom and brought back with her a new variation of the coronavirus known as B.1.1.7, or the U.K. variant,” reports the Detroit Free Press.

• The Michigan strain is different from the COVID-19 variant making its way around California. That variant is known CAL.20C. “In Southern California, B.1.1.7 has been found in scattered coronavirus cases in Los Angeles, San Diego and San Bernardino counties. In contrast, the CAL.20C strain was identified in 36.4% of cases” in a new Cedars-Sinai study, the hospital announced Monday.

• Trump has reportedly been talking about starting a new political party known as the Patriot Party.

• The Secret Service opened a file on comedian John Mulaney because of a Caesar joke he made on Saturday Night Live.

• “The UK will introduce a new visa at the end of January that will give 5.4 million Hong Kong residents—a staggering 70% of the territory’s population—the right to come and live in the UK, and eventually become citizens,” reports the BBC.

• A Thai woman was sentenced to 43 years in prison for posting content critical of the country’s king and royal family.

• The White House fast food feast. The fish food dump. Buzzfeed brings us “82 Stupid Things From The Trump Era You Probably Forgot About.”