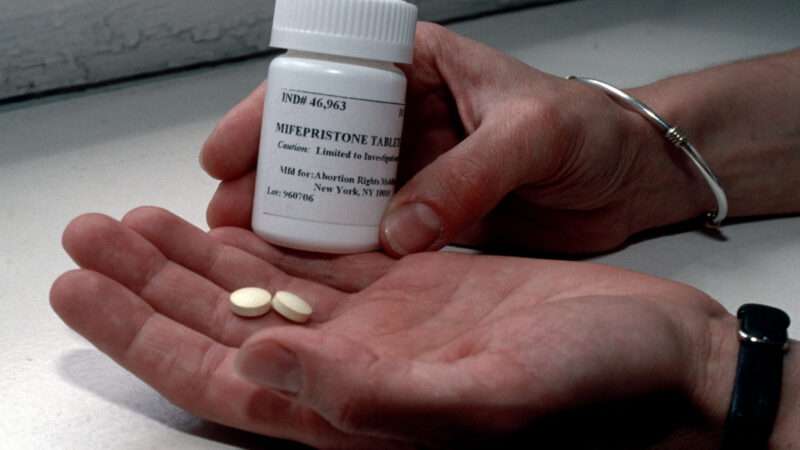 Trump admin gets its way on abortion pills. U.S. women seeking first-trimester, non-surgical abortions must once again undergo an unnecessary—and, in pandemic times, risky—visit to the doctor, clinic, or hospital. The Supreme Court has sided with the Trump administration in a fight over whether abortion drugs may be prescribed remotely and shipped via mail.

Like so many arbitrary rules around health care, the Food and Drug Administration (FDA) requirement that abortion pills must be dispensed in person by a physician was challenged when the COVID-19 pandemic started. The American College of Obstetricians and Gynecologists (ACOG), the American Civil Liberties Union (ACLU), and others argued that the expanded telemedicine options being allowed in other arenas should apply to the prescribing of abortion pills, too. And, last July, a federal court agreed, with U.S. District Judge Theodore Chuang writing that “in-person requirements” during a pandemic could be a “substantial obstacle” to patients and therefore represent an unconstitutional infringement on their access to abortion. For the duration of the pandemic, the requirement was suspended, Chuang ruled.

But the Trump administration challenged the court’s decision, prompting the Supreme Court to rule in early October that Chuang must “promptly consider a motion by the Government to dissolve, modify, or stay the injunction,” since “relevant circumstances” may have changed.

The most relevant circumstance—is the coronavirus pandemic still raging?—has not changed it at all. The virus may have been (or looked like it was) in a lull in the early fall, when Supreme Court justices first weighed in. But that certainly hasn’t been the case in recent months. Currently, “coronavirus infections remain at record highs in many U.S. states,” points out Reuters. “Nearly 130,000 Americans were hospitalized with COVID-19 as of midnight on Monday and the country had reported 22.5 million infections and 376,188 deaths.”

Nonetheless, the Supreme Court ruled on Tuesday to grant the Trump administration’s request and stay the lower court’s injunction on enforcing the in-person rule for abortion pills, pending the U.S. Court of Appeals for the 4th Circuit’s decision on the matter.

Chief Justice John Roberts wrote that “the question before us is not whether the requirements for dispensing mifepristone impose an undue burden on a woman’s right to an abortion as a general matter. The question is instead whether the District Court properly ordered the Food and Drug Administration to lift those established requirements because of the court’s own evaluation of the impact of the COVID–19 pandemic. In light of those considerations, I do not see a sufficient basis here for the District Court to compel the FDA to alter the regimen for medical abortion.”

“We are disappointed and dismayed by the Supreme Court decision upholding the Trump Administration’s arbitrary and non-scientific decision to continue to force patients to travel during a dangerous pandemic in order to obtain the medication they need,” said Hugh Taylor, president of the American Society for Reproductive Medicine, in a statement. “To be clear, requiring patients to obtain their medications in person serves no clinical purpose and is not based on any rational scientific evidence or clinical judgement. It serves one purpose, to place an obstacle between a woman and the medication her physician has prescribed for her. We call on the incoming Biden administration to end this policy immediately upon taking office next week.”

NEW: Amazon has filed its reply to Parler’s lawsuit, listing more than a dozen examples of what it said was violent content on Parler that violated AWS’s terms.

The U.S. Department of Justice held a press conference Tuesday on the Capitol riot. Federal prosecutor Michael Sherwin, who is serving as acting U.S. Attorney for the District of Columbia, said the FBI was investigating 170 people suspected of committing crimes in conjunction with the January 6 protest and riot and that 70 had been criminally charged. Sherwin also elaborated on reported pipe bombs found near the Republican National Committee and Democratic National Committee headquarters, saying that the bombs had been equipped with timers and detonators.

The Trump administration’s execution spree continues. After a temporary stay of execution yesterday, the federal government killed 52-year-old Lisa Montgomery by lethal injection on early Wednesday morning. “The Supreme Court denied a last-ditch effort late Tuesday by her defense attorneys who argued that she should have been given a competency hearing to prove her severe mental illness, which would have made her ineligible for the death penalty,” reports CNN. “She was the 11th federal death row inmate to be executed by the Trump administration after a 17-year hiatus in federal executions.”

• The House is voting on impeachment today.

• The Centers for Disease Control and Prevention (CDC) says anyone flying into the U.S. must provide proof of negative COVID-19 status. The January 12 order—which goes into effect on January 26—requires all people traveling to the U.S. from a foreign country “to get tested no more than 3 days before their flight departs and to provide proof of the negative result or documentation of having recovered from COVID-19,” explains the CDC.

• The U.S. Court of Appeals for the 3rd Circuit has reversed a good decision from a lower court regarding drug safehouses. “As the COVID-19 pandemic is exacerbating the already devastating overdose crisis, the Third Circuit’s reversal of the earlier court’s decision—which held that safe consumption sites do not violate federal law—will inevitably result in the unnecessary loss of countless lives,” said Lindsay LaSalle, managing director of policy for the Drug Policy Alliance, in a statement.

????@RepSchneider becomes the THIRD member of Congress to test positive for COVID following the lockdown during the Capitol assault.

Like @RepJayapal & @RepBonnie, he attributes his exposure to several House Republicans who refused to wear masks while huddling in a secure location pic.twitter.com/nfJFxbdtQL