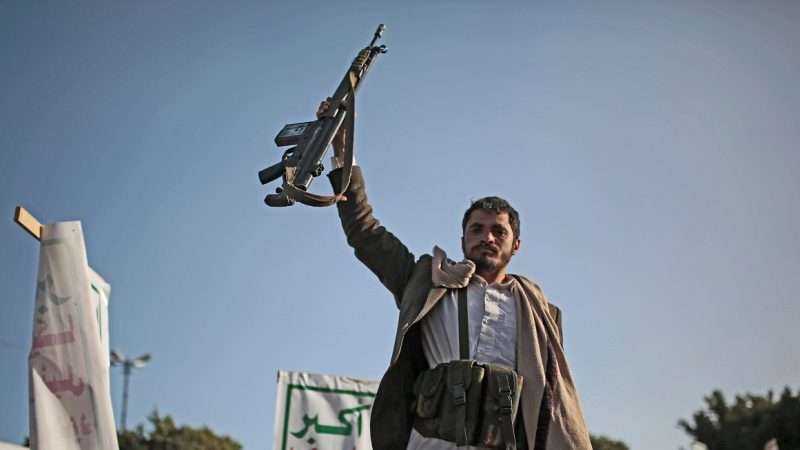 Speaking at the State Department this week for the first foreign policy speech of his term, President Joe Biden laid down a marker: the United States will no longer be doing Saudi Arabia’s bidding.

The offensive military support Washington has provided to the kingdom during its ongoing air war in Yemen is now coming to a halt. “This war has to end,” Biden told the staff and diplomats assembled in the Benjamin Franklin Room. The announcement was a belated but welcome shift in policy for those who have long believed that showering Riyadh with air-to-ground munitions and diplomatic backing was exacerbating Yemen’s conflict, hindering the United Nations-facilitated diplomatic process and violating U.S. interests and values.

How the announcement will impact the bilateral U.S.-Saudi relationship as a whole is yet to be determined. As Biden reiterated, Washington will continue to assist the kingdom on defensive security measures, which suggests that the basic tenets of the 76-year-old arrangement will survive to some extent. Biden’s change in Yemen policy, however, is an opportunity for the administration to conduct a comprehensive review of U.S.-Saudi relations. While it would be a mistake for the U.S. to arbitrarily throw its entire relationship with the Saudis overboard, there is no question the old oil-for-security transactionalism that was first cemented between President Franklin Delano Roosevelt and King Abdul Aziz Ibn Saud near the end of the Second World War is past its sell-by date. As geopolitics change, America’s security partnerships must change along with it.

The Biden administration should rest its review of U.S. policy on Saudi Arabia upon three pillars.

First, Washington needs to place relations with Riyadh on an accurate baseline. As much as Saudi officials may wish otherwise, the monarchy is not a formal treaty ally of the United States and is thus not entitled to unconditional U.S. security privileges whenever it finds itself in trouble. Regrettably, if the monarchy believes it holds special status with the U.S., it’s because Washington has done little to disabuse Riyadh of this assumption. The U.S. has been all too willing to give Saudi Arabia the benefit of the doubt across successive administrations—in the case of Yemen, this took the form of mid-air refueling of Saudi combat aircraft, providing intelligence on Houthi targets, diplomatic cover at the United Nations, and the export of the bombs and spare parts needed to prosecute the war. The Biden administration’s contention that the U.S. will cooperate with Riyadh when U.S. and Saudi interests coincide and “not shy away from defending U.S. interests and values where they do not” is an encouraging evolution in Washington’s approach that must be operationalized if it’s to have any meaning.

Second, the U.S. should stop approaching the Middle East through a black-and-white frame. The common perception in the Beltway is that in the broader regional power struggle between Saudi Arabia and Iran, the former is irreplaceably good while the latter is indisputably bad. The real answer, however, is that Saudi Arabia and Iran have both done their fair share to destabilize the Middle East. Tehran’s material support for proxies in multiple Arab countries is a key facet of its foreign and security policy, while Riyadh’s multiple infractions during the era of Crown Prince Mohammed bin Salman—kidnapping the former Lebanese prime minister, launching a misguided military stalemate in Yemen, and boycotting neighboring Qatar for over three years—have introduced serious fissures into the region’s security architecture. The U.S., therefore, should stay out of the Middle East’s internal squabbles as a general principle, avoid picking winners in those fights, and begin the process of diversifying its diplomatic relationships with other states so the Saudis don’t have an undue influence over U.S. policy.

Third, the Biden administration should support critical voices in the region who are seeking a new security architecture for the Middle East—one that relies less on the force of arms and more on direct diplomacy and confidence-building measures. On January 31, Saudi researcher Abdulaziz Sager and former Iranian diplomat Hossein Mousavian put forth an approach calling for exactly that. “The first step toward a tolerable modus vivendi would be for each side [Saudi Arabia and Iran] to recognise the other’s threat perceptions…and embrace a set of foundational principles upon which to build.” Those principles would include a joint commitment from Riyadh and Tehran that sovereignty will be respected, a prohibition on the use of force to resolve disputes, and dropping the pursuit of hegemony as a policy objective. A stable balance of power is the system that best serves U.S. interests. While establishing a workable security architecture in the region should ultimately be left up to those who live in the region, Washington can offer assistance in such discussions if deemed helpful.

The Biden administration’s decision to pull the United States out of Yemen’s six-year-long civil war was a highly prudent act. But it’s merely a first step. Washington’s Middle East policy must be anchored in restraint and humbleness. This simply won’t happen until U.S. policy makers realign the U.S.-Saudi Arabia relationship with the realities of the world today—not on how the world looked during the Cold War.