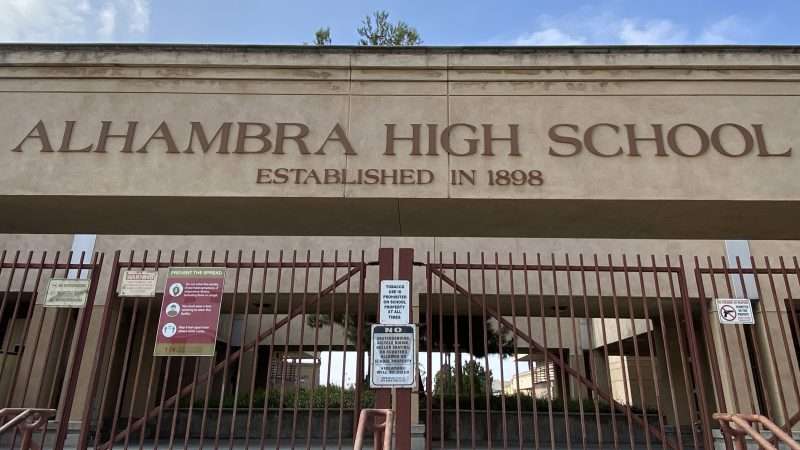 In the heated debate over reopening K-12 public schools—and the $200 billion in federal funding being proposed to pry open schoolhouse doors—there is frequently conveyed a misleading impression about parental reluctance to send their kids to school full-time. Here’s an example, care of a recent New York Times valentine to American Federation of Teachers President Randi Weingarten:

And like teachers, many parents do not feel ready to return students to classrooms. In big cities with partially open schools, like New York and Washington, D.C., the majority of families offered in-person seats have declined them.

Every assertion in those two sentences is true. And yet it is still misleading. Why?

Because the casual reader would naturally infer that the “majority of families” who have declined in-person seats did so because the parents “do not feel ready to return students to classrooms.” This is emphatically not the case.

A majority of public K-12 schools, particularly in large cities, have not included full-time in-person learning as an option. What parents are rejecting is the “hybrid” model—some days in, some days remote, classes or schools always subject to re-close if X number of students or staffers test positive for COVID.

Reason has many such parents. For example, here’s Editor in Chief Katherine Mangu-Ward, mother of two children in the Washington, D.C., public schools system, explaining her choices in an editorial Slack thread on the topic: “I opted into hybrid for one kid and out for another because of the specifics of what was being offered. And those specifics were dictated exclusively by the teachers unions AND MAKE NO…SENSE for anyone except the teachers union leadership.”

(Forgive Mangu-Ward for being shouty; parents are under a bit of stress these days. Also, check out her great video about exercising her own school choice at the bottom of this post.)

In the same Slack channel came this testimony, from Reason Foundation Development Director Jackie Pyke, mother of two in the Alexandria City Public Schools: “I opted out of hybrid because it sounds horrible (5 kids per class, masks, plexiglass, monitor instead of teacher, remote learning anyway). And they haven’t even started hybrid yet.”

It’s not just that most families are not being offered the choice of five-day instruction, it’s that they’re not even being offered the ability to express that preference when school districts make a show of soliciting parental opinion in advance of formulating attendance options. Here’s what that means in practice:

In July 2020, as the science and worldwide experience was showing overwhelmingly that young kids who attend school or daycare comparatively do not catch, suffer from, or transmit COVID-19, and as the community positivity rate in New York City rested near 1 percent, my daughter’s public middle school sent parents a survey offering four choices:

1) Attend school once every three days, with the rest being remote.

2) Attend once every four days.

“Fully remote” does indeed capture the preferences of some parents who are scared to send their kids back to school (on which more below). But it also describes the option selected by several people I know who decided to either move out of the city or wrestle with a predictable if difficult home-learning schedule rather than subject their calendars to the temporal whims of feckless, unpredictable politicians.

The education establishment, and the teachers unions that heavily influence it in big Democratic cities, is keenly aware of the role that choice architecture can play in steering parents towards decisions that bureaucrats favor. There’s a reason why the most faddish method these days for attempting to achieve racial and socioeconomic numerical balance in public schools is called “controlled choice“—parents may get to express their priorities, but districts have the final word.

A critical if underexamined negative side-effect of controlled choice is that, in the words of George Mason University education professor emeritus David J. Armor, it tends to “generate controversy and middle-class flight among parents” while failing to produce the intended “significant closing of achievement gaps between higher- and lower-income students.”

Controlled choice already helped drive down enrollment in my oldest daughter’s middle school district by 7 percent in its first year (the first such decline in nearly a decade), and that was before the pandemic. Now that school systems are consciously limiting choice by taking full-time instruction off the table—in many cities, taking even hybrid instruction off the table for more than 330 consecutive days now—the flight from schools has become a nationwide phenomenon, hitting an estimated 6 percent in just one year.

So what do parents really want? Education Next, a publication by Harvard’s Program on Education Policy and Governance, surveyed 2,155 parents of 3,762 students in K-12 (both public and private) in November and December, and found that only 41 percent had been offered the possibility of full-time instruction. “More than two-thirds of students who were presented that option took it,” the authors noted.

So no, the majority of families are not afraid to go back to school.

The private/public splits in Education Next‘s data are striking: 60 percent of private school students attend full-time (out of the 67 percent who say they were given that option), compared to 24 percent attending government-run public school full-time (out 37 percent being offered), and 18 percent of charter schools (out of 35 percent). Such a disproportionate tilt toward closure in the public system has led directly to defections.

“The share of all students reported by parents to be attending schools in [the government-operated K-12 system] has declined by 9 percentage points (from 81% to 72%) between the spring and fall of 2020,” the survey finds. “While [those] enrollments have fallen, enrollments in other sectors appear to have increased.”

A Centers for Disease Control and Prevention study from last July showed a 14-point gap between non-Hispanic white parents and non-Hispanic black parents (57 percent and 43 percent, respectively) about whether they’d be “comfortable” with their kids’ school opening at full capacity in the fall, and a 16-point gap (62 percent to 46 percent) on whether schools should reopen for all students. What gives?

Reopening advocate Erika Sanzi of Project Forever Free recently wrote a sensitive essay on the subject, which began like this:

It is becoming increasingly clear that pundits and well-meaning education advocates fail to fully grasp the deep distrust that some parents have long had for their children’s schools. A steady stream of articles, op-eds and twitter threads tell us that closed schools are doing the most damage to children of color, children from low income families, and children with special needs. Yet many parents of the children who fall into one or more of those categories do not want their schools to reopen and say that if they do reopen, they will not send them. This is a major head scratcher for people who have never been zoned to an unsafe or chronically underperforming school.

There is a profound lack of understanding between parents who have only known chronically underperforming schools and parent advocates who have never had that experience but are very familiar with academic data and how it breaks down by race and income….There is a blind spot in this question that comes from lack of personal experience with really bad schools.

Teachers unions and their supporters have been promiscuous in portraying the reopening push as an attempt by white power structures to bulldoze the concerns of minorities. In an incendiary New Yorker piece this week, Princeton Assistant Professor of African American Studies Keeanga-Yamahtta Taylor attributed the very assertion that poorer minority kids are suffering the most from remote learning to a factually unhinged racism:

Supporters of immediate school reopenings, in Chicago and beyond, point to falling grades, test scores, and other assessments as evidence that the future of poor and working-class Black children is in danger. The dystopian imagery of a “lost generation” of Black youth is redolent of earlier moral panics: the discoveries of “crack babies” in the nineteen-eighties and “super predators” in the nineties were also rooted in anecdote-driven, pseudo-scientific evidence….Both panics were contingent on demonizing Black parents: single mothers who were negligent and fathers who, inevitably, were absent. A similar pattern has developed today, with teachers and teachers’ unions serving as proxies to question the intelligence and competence of Black families choosing to keep their kids at home.

Posed in that manner, even without the tendentious interpretation of reopeners’ racially based motives (or as Taylor puts it, “This longing for stability on terms that preserve the underlying racism and inequity of the status quo”), the conflict between mayors who want to open schools and unions that do not can be misunderstood as an attempt to remove the choices of remote learners and teachers. But that is the opposite of the truth.

The families that truly have no choice are the ones whose kids have not had the option of setting foot in school for the past 11 months. “More than 75 [percent] of all students in Maryland, Oregon, New Mexico, California, Washington and Virginia have only had access to remote learning for the last 10 months, the Burbio data indicates,” CBS reported this week.

The reopeners I am familiar with, having followed this issue closely, want those who don’t feel safe to maintain the option of teaching and learning remotely. They just want other options, too—preferably including a predictable, full-time schedule. Those fighting to keep the all-remote status quo, meanwhile, eventually let slip that their one size has to fit all the rest of us.

“Pushing for schools to reopen even as the overwhelming majority of Black and Latinx parents opt for remote learning will only undermine remote instruction, all while catering to the disproportionate number of white students who show up in person,” Taylor warned.

In fact, 56 percent of black students tracked in the Education Next survey and 67 percent of Hispanics chose in-person instruction once given the option. If school districts and politicians these past seven months had bent their will toward pursuing the goal of full-time schooling, rather than the hybrid-at-best system tens of millions are suffering from today, maybe Democrats wouldn’t be experiencing so much internal tumult—and maybe we wouldn’t have inflicted so much damage on families for so little return on the investment.