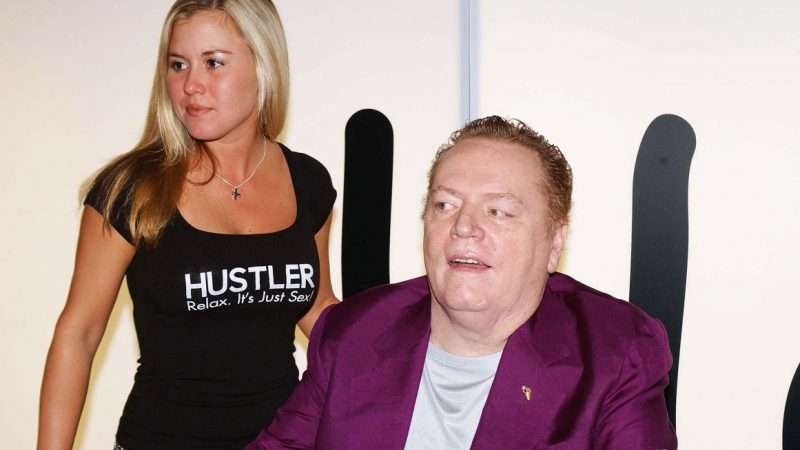 America lost a free speech champion last week with the death of Larry Flynt at the age of 78. The publisher of Hustler magazine was one of those rare people who actually took a bullet for his principles. In an age when too many people believe speech is worthy of protection only if they approve of its content, he was a reminder that the greatest champions of liberty are often confrontational outliers who are willing to offend and to push back boundaries.

Flynt may be best known for the case of Hustler Magazine, Inc. v. Falwell (1988). That case turned on a 1983 ad parody which lampooned Campari advertisements featuring celebrities’ “first time” with the drink by portraying prominent socially conservative preacher Jerry Falwell’s “first time” with his mother in an outhouse. While the piece was clearly labeled as a parody, Falwell filed suit for invasion of privacy, defamation, and intentional infliction of emotional distress.

The courts initially rejected the first two claims but ruled in Falwell’s favor on the emotional distress claim and awarded him damages. Because of uncertainty over First Amendment protection for speech that allegedly causes emotional distress, the case worked its way up to the U.S. Supreme Court. There, the court found that public figures such as Jerry Falwell must meet an extremely high standard before they can collect damages from people who mock them.

“We conclude that public figures and public officials may not recover for the tort of intentional infliction of emotional distress by reason of publications such as the one here at issue without showing, in addition, that the publication contains a false statement of fact which was made with “actual malice,” i.e., with knowledge that the statement was false or with reckless disregard as to whether or not it was true.”

“The Court effectively shut off an effort to make it easier for public figures to muzzle criticism and satire,” Stuart Taylor, Jr. summarized for The New York Times after the case was decided.

A decade after the case, Flynt and Falwell became, improbably, friends and colleagues, touring the country to publicly discuss issues on which they disagreed.

“We went to colleges, debating moral issues and 1st Amendment issues – what’s ‘proper,’ what’s not and why,” Flynt told the Los Angeles Times after Falwell’s death in 2007.

Not that either budged or even moderated the other’s views. But disagreement isn’t necessarily about persuasion; it’s also about acknowledging that other people have strongly held views by which they have every right to live, so long as they don’t force them on you.

By no means was this Flynt’s first high-profile free speech fight. In 1976, Flynt was sentenced by an Ohio court to serve seven to 25 years in prison on obscenity and organized crime charges. He served six days before the sentence was overturned.

In 1978, during an obscenity trial in Gwinnett County, Georgia, Flynt and his attorney, Gene Reeves, were shot by a sniper who was, reportedly, infuriated by depictions of interracial sex in Hustler. The shooting left Flynt permanently paralyzed from the waist down. The obscenity charges were dismissed after the incident.

Flynt and Hustler battled not just social conservatives, but activists on the left. Even as the Falwell case worked its way through the judicial system, Andrea Dworkin, who opposed pornography from a feminist perspective, sued Hustler for libel and defamation after she was parodied in the magazine. She, too, was turned away by the courts.

In later years, Flynt turned his sights on capital punishment. He challenged the secretive protocols and drug cocktails states use in administering the death penalty on the grounds that they violate 8th Amendment protections against cruel and unusual punishment. He even opposed the execution of Joseph Paul Franklin, the man who confessed to shooting him in 1978.

“Supporters of capital punishment argue that it is a deterrent which prevents potential murderers from committing future crimes, but research has failed to provide a shred of valid scientific proof to that effect whatsoever,” Flynt wrote in a 2013 Hollywood Reporter piece. “As far as the severity of punishment is concerned, to me, a life spent in a 3-by-6-foot cell is far harsher than the quick release of a lethal injection.”

In December 2003, Reason named Larry Flynt as one of 35 “heroes of freedom” for his hard-fought free speech efforts:

Plenty of people would dispute that characterization, including Flynt himself. In 1996, he objected, “I wouldn’t have given my legs for anything or anyone. So I think that disqualifies me for hero status.”

Others might raise objections on the grounds of Flynt’s frequent violations of standards of good taste, or the misogyny of some of the material published in Hustler, in addition to the usual objections to portrayals of nudity and sex. He was, without any doubt, a boundary-pusher, and he wasn’t always discriminating about the boundaries he crossed.

But by being abrasive, tasteless, and uncompromising, Flynt undoubtedly made the world safer for speakers of all varieties. That includes expanded protections for modern skeptics who, more perversely than any issue of Hustler, speak out against wide-ranging free-speech protections.

“My position is that you pay a price to live in a free society, and that price is toleration of some things you don’t like. You have to tolerate the Larry Flynts of this world,” he told an interviewer in 1996.

In doing his best to offend just about everybody, Larry Flynt undoubtedly strengthened protections for the freedom of the people he upset. To judge by the state of the world, we would benefit from more just like him.