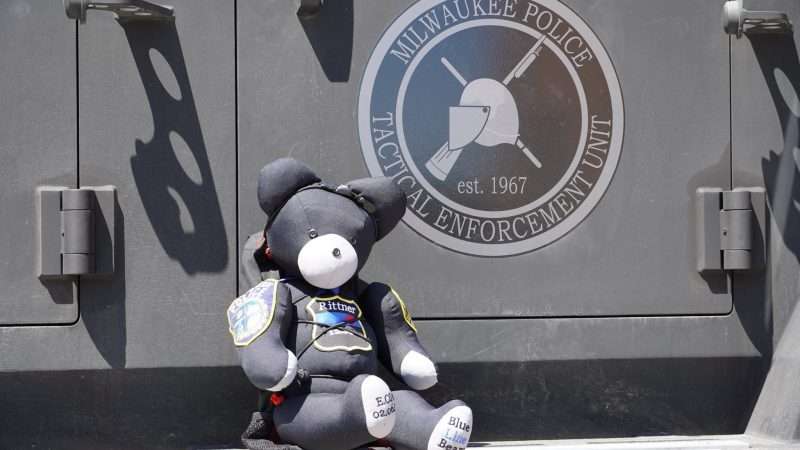 Milwaukee police officers left a 4-year-old girl in an impounded car overnight after arresting the girl’s mother on suspicion of drunk driving. On Tuesday, lawyers for the family filed a lawsuit against the city and the police sergeant of Milwaukee, as well as five officers involved in the incident, which occurred in November 2018.

Police had responded to a call about a minivan pulled over on the side of the road and wound up taking the girl’s mom into custody. The girl, identified by the initials F.K., was sleeping in the back of the van—and her aunt told police this, the suit against the city claims.

But police ordered the aunt (who had also been in the vehicle) to leave the car and did not bother checking for the child, according to the girl’s lawyers. Instead, the officers—who did not have their body cameras turned on—let the vehicle be towed to a nearby impound lot, on a night where the temperature dropped below freezing.

The girl was discovered the next day when someone working in a nearby tow lot heard her “very upset and crying,” said Jeff Polenske, a city engineer, at a press conference about the incident. She was taken to a local hospital emergency room.

Polenske added that city protocols for impounded vehicles were being reviewed. Not checking the car apparently went against city protocol, which says Milwaukee cops must “thoroughly” search a vehicle at the scene before it is towed and that the city tow lot operator should also inspect the vehicle.

The girl’s mother was criminally prosecuted for child neglect and driving under the influence and sentenced to 10 months in prison. She was also ordered to have no contact with her children. Local news reports at the time portrayed the girl’s abandonment in the vehicle overnight as the mother’s fault.

Heading to a hearing this afternoon for the Mom whose 4-y/o daughter was left in a freezing minivan overnight at the #Milwaukee tow lot. Blair Springfield was arrested and charged with DUI and child neglect for the Nov. 12th incident and a similar one in Sept. #WISN12 at 5. pic.twitter.com/bzfDnOZB1f

Two Milwaukee police officers received suspensions over the incident. James Collins—one of five officers named as defendants in the lawsuit, along with Fabian Garcia, Antonio Dorsey, Emily Markert, and David Paszkiewicz—was suspended for 25 days, according to TMJ4 Milwaukee. Garcia was suspended for 10 days.

“Collins was the same officer involved in the controversial arrest of Sterling Brown, the former Milwaukee Bucks player,” notes TMJ4. The city wound up paying $750,000 to Brown, who was tased by police responding to a report that Brown was parked illegally.

Texas police accidentally sent out an Amber Alert featuring a Chucky doll. Chucky was described as a 3’1″, 16-pound, 28-year-old male “wielding a huge kitchen knife” who was suspected of abducting a 5-year-old, 6-pound male named Glen—a character who in the Chucky universe is Chucky’s son.

“While the alert appeared to be a mistake, it was sent out via email three separate times to subscribers of the Texas Alerts System Friday morning,” noted San Antonio news station KENS5.

KENS 5 reached out to DPS, the agency that manages the alert system, for comment and received this response:

“This alert is a result of a test malfunction. We apologize for the confusion this may have caused and are diligently working to ensure this does not happen again.”

Remote working will outlast the pandemic, predicts Derek Thompson at The Atlantic, noting that constraints on remote work’s popularity have long been more social or cultural than technological.

According to the economist David Autor, remote work suffered from a “telephone problem.” Seven decades after the first telephone was patented in the 1860s, fewer than half of Americans owned one. Behavior dragged behind technology, because most families had no use for a telecom machine as long as none of their friends also owned one. In network theory, this is known as Metcalfe’s Law: The value of a communications network rises exponentially with the number of its users.

The same has been true of remote work. In 2018, it was weird and rude to ask a boss to move a meeting to Skype, or to tell a business partner to fire up a Zoom link because you can’t make lunch. The teleconference tech existed, but it was considered an ersatz substitute for the normal course of business.

“The most important outcome of the pandemic wasn’t that it taught you how to use Zoom, but rather that it forced everybody else to use Zoom,” Autor told me. “We all leapfrogged over the coordination problem at the exact same time.” Meetings, business lunches, work trips—all these things will still happen in the after world. But nobody will forget the lesson we were all just forced to learn: Telecommunications doesn’t have to be the perfect substitute for in-person meetings, as long as it’s mostly good enough. For the most part, remote work just works.

All of this could have huge implications for not just where people choose to live but politics and the distribution of employment opportunities, too, which Thompson teases out in his piece. One particularly interesting tidbit:

According to U-Haul’s annual review, California lost more people to out-migration than any other state in 2020, and the five largest states in the Northeast—New York, Pennsylvania, New Jersey, Massachusetts, and Maryland—joined California in the top 10 losers. Rents have fallen fastest in “pricey coastal cities,” including San Francisco, Seattle, Los Angeles, Boston, and New York City, according to Apartment List. Zillow data also show that home values in New York, San Francisco, and Washington, D.C., are growing below the national average.

States seeing the most one-way U-Haul truck rentals to them during the pandemic were Tennessee, Texas, Florida, Ohio, Arizona, Colorado, Missouri, Nevada, North Carolina, and Georgia.

“California ranks last by a wide margin, supplanting Illinois as the state with the greatest net loss of U-Haul trucks,” the company reports. “California has ranked 48th or lower since 2016. Illinois has been 49th or 50th since 2015, when U-Haul began ranking states based on annual net gain.”

• “Atomization and sentimentality exacerbate each other, after all: you break the bridges of connection across society, and then give each island a fairy tale about its uniqueness.” The New Yorker looks at Joan Didion’s newest collection of (old) essays, Let Me Tell You What I Mean.

• Santa Clara University law student and researcher Jess Miers explores “must carry” laws related to Section 230, including the new Protecting Constitutional Rights from Online Platform Censorship Act. “The overall point of these ‘must-carry’ reforms remains the same: websites must-carry any and all First Amendment protected speech. It sounds great in theory, especially for zealous speech advocates. But in practice, it’s a boon for online trolls.”

• “Transgression has been replaced by trauma as the cultural concept of the hour: making rules rather than breaking them has become the signature aesthetic move,” writes feminist author Laura Kipnis in the new journal Liberties.

• A resolution introduced in the Rhode Island House of Representatives last week would create a study commission to study the criminalization of commercial sex.