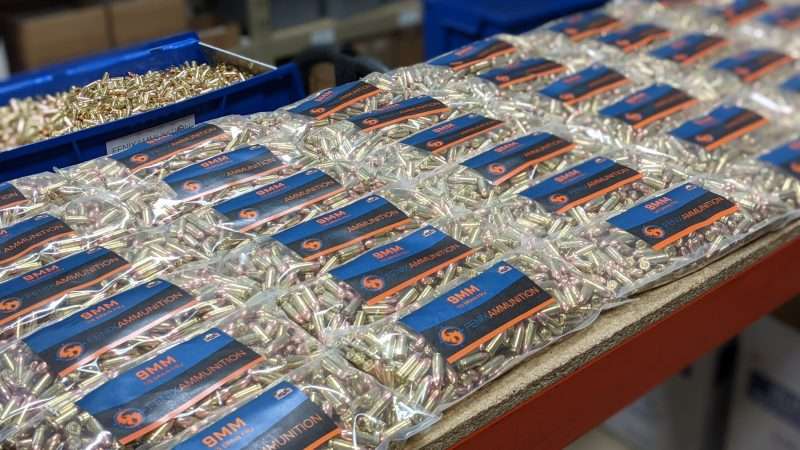 A Michigan-based ammunition shop is refusing to sell to any customer who voted for President Joe Biden in the 2020 election. “We’ve had a few potential customers call this morning to ask why they have to check a box stating they did not vote for Joe Biden in order to purchase our ammunition,” Fenix Ammunition tweeted yesterday morning.

The answer: “Joe Biden ran on a campaign built on the most radical gun control platform a major party candidate has ever had, including banning the online sale of ammunition.” This, says Fenix, is “essentially, a plan to bankrupt our company.”

In a series of follow-up tweets, the company stressed that it was perfectly willing to give up potential sales to people who voted for Biden. “We’re dead serious,” Fenix tweeted. “We don’t want your money, and you shouldn’t want us to have it because we’re going to use it to make more ammo, sell it to the citizenry, and do everything in our power to prevent Joe Biden’s administration from usurping the rights of Americans.”

“We have no problem talking to Biden voters and educating them on what they did, but they have to be willing to acknowledge their ignorance at the very least,” it continued. “We’re not going to sit here and debate with you. We’re a 2A company and these are our first principles.”

Fenix Ammunition’s announcement has provoked a wave of positive attention from the right. Many are applauding the company for sticking up for its beliefs and declining to do business with people it sees as a threat to its business model.

“Private company,” tweeted perennial MAGA gadfly Jack Posobiec, the implication being that because Fenix is private, it can do what it wants.

He’s right, of course. Fenix is perfectly within its rights to reject customers who voted for Biden, or for any other reason related to a person’s politics.

Yet when it comes to these private companies rejecting customers based on their ideological beliefs and political statements, Posobiec and many, many others on the right have been whining and objecting nonstop. They insist it violates their rights, somehow. They champion proposals to force these private actors to carry speech they disagree with and cater to customer bases they find objectionable. They support federal action to punish private businesses for not being politically “neutral.”

So which is it when private companies get political—a brave and respectable act, or something that should be totally disallowed and result in anyone who tries it getting destroyed?

Conservatives can’t have it both ways.

This sort of blatant hypocrisy is nothing new, of course. Both the right and the left seem to think that people discriminating to their team’s benefit (or the other team’s detriment) should be allowed while the other side doing it shouldn’t even be legal. And I don’t expect that pointing out the moral and intellectual bankruptcy of this stance will change many a partisanship-stunted mind, alas.

As for us libertarians, however, we’ll just be over here supporting free speech, free enterprise, and freedom of association no matter the underlying politics of the people exercising these rights, from tech execs who shun associating with certain shades of right-wing thought to the firearms and ammunition peddlers who won’t sell to Biden supporters.