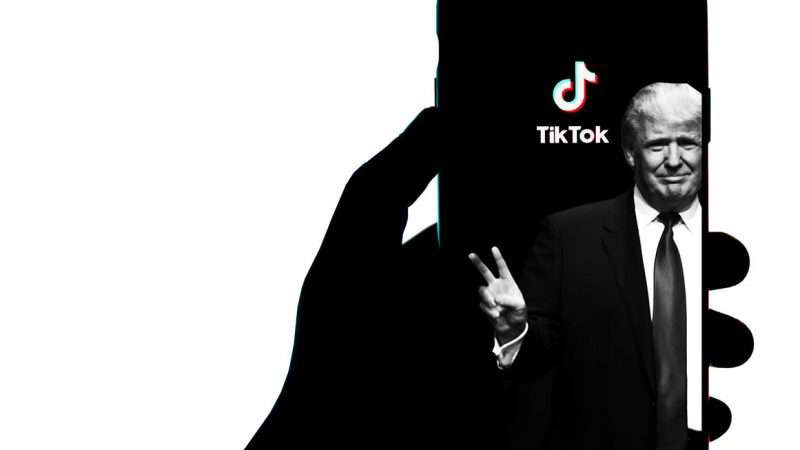 TikTok has succeeded wildly where similar short-form video platforms—including Vine and the Facebook-backed Lasso—did not. As of August 2020, the app had 100 million active U.S. users, up from about 11.3 million at the start of 2018 and 39.9 million in October 2019. While becoming a vehicle for teen influencers, viral dance sensations, and sketch comedy, however, TikTok also became a target of the Trump administration’s animosity toward both China and social media.

China’s version of TikTok, Douyin, was launched in 2016 by ByteDance, a company incorporated in the Cayman Islands and headquartered in Beijing. In 2017, ByteDance bought the karaoke app Musical.ly and relaunched it as Douyin’s global cousin, TikTok. The app’s U.S. arm, which employs more than 1,500 people, stores user data in the United States and Singapore.

In August 2020, then–President Donald Trump issued an executive order declaring that TikTok and the China-based messaging platform WeChat were national security threats. He banned Americans from transacting with ByteDance, allowing 45 days for the order to take effect.

Trump’s order fretted about the possibility that TikTok videos could spread coronavirus misinformation and warned that the app could be manipulated to aid the Chinese government. But the order did not allege that ByteDance had broken U.S. laws or suggest a plausible mechanism by which the Chinese state might use TikTok nefariously.

“We are shocked by the recent Executive Order, which was issued without any due process,” TikTok said in an August statement. “For nearly a year, we have sought to engage with the U.S. government in good faith to provide a constructive solution to the concerns that have been expressed. What we encountered instead was that the Administration paid no attention to facts, dictated terms of an agreement without going through standard legal processes, and tried to insert itself into negotiations between private businesses.”

TikTok had been working with the Committee on Foreign Investment in the United States (CFIUS), a federal body that reviews certain types of foreign investment in the U.S. for potential national security concerns. In a lawsuit challenging Trump’s order, the company says it has “taken extraordinary measures to protect the privacy and security of TikTok’s U.S. user data” and that the CFIUS had seemed satisfied until the last minute: “At 11:55 p.m. on July 30, 2020—the final day of the statutory CFIUS review period—the Committee issued a letter stating that ‘CFIUS has identified national security risks arising from the Transaction and…has not identified mitigation measures that would address those risks.’” TikTok says the letter was “principally based on outdated news articles” rather than the “voluminous documentation” it had provided.

“We believe the Administration’s decisions were heavily politicized,” TikTok said in an August 24 statement explaining its decision to challenge the order. “We do not take suing the government lightly, however we feel we have no choice.”

A TikTok employee also challenged the order in a suit filed by lawyer (and Reason contributing editor) Mike Godwin and the Blackstone Law Group. There’s no rational “threat model” for TikTok, Godwin says. “I know what moral panics look like; they look kind of like this.”

Last fall, the Commerce Department began issuing rules to implement Trump’s order, including a ban on providing access to TikTok through U.S. app stores. But enforcement of the rules was delayed, first by a potential deal with the Trump administration and then by the courts.

Not long after issuing his order, Trump suggested TikTok would be OK if ByteDance “divest[ed] any tangible or intangible assets or property, wherever located, used to enable or support ByteDance’s operation of the TikTok application in the United States.” Microsoft, Oracle, and Walmart were all lined up as potential buyers. But no deal materialized, even as the CFIUS twice extended the deadline for a sale, first to November 27 and then to December 4.

Meanwhile, TikTok has seen some early wins in court. In late September, a federal judge  granted TikTok’s request for a preliminary injunction against enforcement of the app store ban. The Commerce Department said it would not start enforcing the ban while the case was pending. In late October, another federal court—this one considering a lawsuit by TikTok users—also put a hold on enforcement of the ban. Judge Wendy Beetlestone of the Eastern District of Pennsylvania noted that letting the ban stand would “have the effect of shutting down, within the United States, a platform for expressive activity used by about 700 million individuals globally,” including “at least 50 million” Americans who “use the app on a daily basis.”

TikTok may outlast the Trump administration, but whether it will find another enemy in President Joe Biden is unclear. Although Biden’s grandkids and Vice President Kamala Harris’ stepdaughter are apparently TikTok users, Biden suggested in September that the platform is dangerous, regardless of any alleged data handling issues. “I think that it’s a matter of genuine concern that TikTok, a Chinese operation, has access to over 100 million young people, particularly in the United States of America,” Biden told reporters at a Minnesota campaign stop.

For now, it looks like TikTok’s fate rests with the courts.