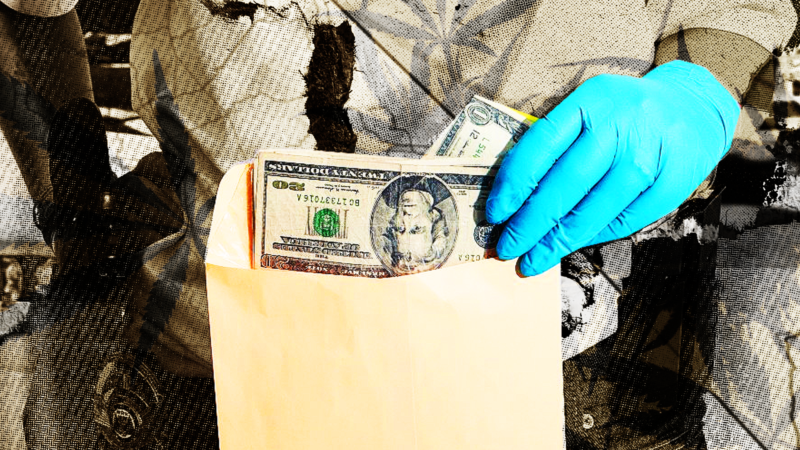 In an unsealed criminal complaint filed on March 9, federal prosecutors for the U.S. Attorneys Office for the Northern District of California say two former drug interdiction officers for the Rohnert Park Department of Public Safety, Brendon Jacy Tatum and Joseph Huffaker, conspired to extort “at least $3,700 in cash and 60 pounds of marijuana with a value of at least $85,000.”

In 2017, the officers seized cash and marijuana from at least six people without issuing citations, documenting the traffic stops, or submitting the seized property to the department, according to body camera footage and records reviewed by federal investigators. Prosecutors also allege Tatum failed to report at least $443,059 in cash deposits on his 2016 taxes, “for which there is probable cause to believe were derived from his extortion scheme.”

“The public entrusts police officers to enforce the law,” acting U.S. Attorney for the Northern District of California Stephanie Hinds said in a press release. “The public faith erodes when that trust is violated. The abuse of police powers cannot be tolerated and must be vigorously prosecuted.”

The charges follow a 2018 lawsuit filed by a Texas man, Zeke Flatten, who accused several officers from Rohnert Park and the Hopland Band of Pomo Indians of stealing three pounds of legal marijuana from him after he was pulled over while driving through Mendocino County. The officers were not wearing name tags or badges and identified themselves as federal agents from the Bureau of Alcohol, Tobacco, and Firearms (ATF).

An independent blogger first began scrutinizing the case in February 2018, after Flatten contacted local police and media to complain. Although local and state police often partner with federal authorities on drug task forces, the ATF said it wasn’t involved.

KQED, working with several other newspapers, then published an investigation that uncovered similar complaints by nine other motorists who say they were robbed by Rohnert Park police acting under the color of law. For example, Huedell Freeman claimed that Tatum and Huffaker, also named in Flatten’s lawsuit, seized 47 pounds of marijuana from him, even though Freeman had a permit to grow.

Tatum and another Rohnert Park officer were sued for seizing $120,000 from a man in 2016 who said he was on his way to a high-stakes poker game in Las Vegas.

Under civil asset forfeiture laws, police can seize property, such as cash, cars, and guns, suspected of being connected to criminal activity. Civil liberties groups have long complained that there are too few procedural protections for innocent owners and too many perverse incentives for police.

A month after KQED published its story, Tatum left the police department, as did the police chief of Rohnert Park. The town hired an independent investigator to audit its asset forfeiture program. Huffaker left the department in 2019.

In the criminal complaint against Tatum and Huffaker, federal prosecutors note that Tatum didn’t create an incident report for the seizure of Flatten’s marijuana until several months after it occurred, after he was alerted to the impending news coverage. Tatum issued a press release to justify the seizure, but he ended up confusing Flatten’s traffic stop with another marijuana seizure that he had failed to document.

“Based on these facts, there is probable cause to believe that Tatum falsified a report for the undocumented stop and seizure of marijuana from Victim 5 in order to conceal his and Huffaker’s actions during the stop and deflect negative media attention,” the complaint states.

Federal prosecutors say Tatum also made cash deposits under $10,000 to cover his tracks, an illegal tactic known as “structuring.” In one instance, though, he tried to deposit roughly $10,300 in cash, and after realizing it would trigger a mandatory transaction report, asked for $1,000 back. The bank teller immediately reported him.

While leading the interdiction team, Tatum received national and local recognition for his work. According to the criminal complaint, he seized more than 4,000 pounds of marijuana, 20 firearms, a dozen vehicles, and more than $4,000,000.