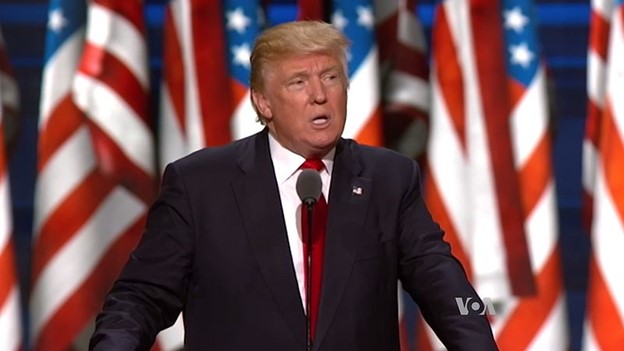 In 2016, the United States faced a wide range of serious foreign policy questions. The United States had not readjusted key frameworks for ten or twenty years or more. Candidate Trump used populist rhetoric, pledging to “build a wall” to restrict immigration and to “drain the swamp” of Washington’s elite, globalist ecosystem. Claiming to be a peerless negotiator, he promised to protect Americans from corruption, free trade, China, immigrants, ISIS and “radical Islam,” to move its Israel embassy to Jerusalem, to restore an era of coal- and steel-based economic growth, and to “Make America Great Again.” Enough swing-state voters were willing to take a chance on the outsider to defeat Hillary Clinton.

The questions Trump raised – however inarticulately – were real. Trade and technology created massive wealth for some Americans but had cost the U.S. millions of manufacturing jobs. Economic inequality rose from the 1970s to mid-1990s: twenty years later the Gini coefficient in the U.S. remained higher than in Germany, France, and the UK. President Trump demanded replacing NAFTA with a new agreement and engaged in an on-again, off-again trade dispute with China.

By 2016, Congress had failed for a decade to fashion comprehensive immigration reform to update the 1986 law. Trump promised to limit migration from Mexico and Central America. He added a “Muslim ban,” suspending the U.S. refugee program and nearly all immigration from seven Muslim-majority counties.

By 2016, China and Russia were formidable diplomatic opponents. China’s economic growth over four decades empowered it to make expanding maritime claims and transcontinental “Belt and Road” plans. Russia had transformed from a defeated, de-industrializing weak democracy to an increasingly confident, assertive, autocratic power. It was active in Georgia, Ukraine, and Syria and menacing elsewhere, including in the U.S. elections via social media. Trump seemed to admire strongmen like Putin and Xi even as he armed Ukraine and contested China’s trade policies. Putin’s 2018 re-election and Xi’s claim to office for life indicate continuing challenges to the U.S. instead of new cooperation.

Trump withdrew the U.S. from the Paris climate accord. He had campaigned on restoring jobs in coal and steel industries. He promoted fracking, as Obama had, but without the concerns for advancing new energy technologies to reduce climate change.

Despite pledges to end the wars in Afghanistan and Iraq, the core issues remain unsolved. Afghanistan and Iraq continue to have unstable political, economic, social, and security environments. Each still suffers from its own brands of corruption, violence, and limits on freedom. After nearly 20 years, neither government is fully in control of its territory and neither seems on a path to steady improvement. More than 7,000 U.S. military forces have been killed in Afghanistan and Iraq, along with terrible numbers of Afghanis and Iraqis. Thousands of U.S. troops are still stationed in these countries, though with plans to continue to reduce their number.

In 2015 and 2016, refugee flows from Syria and elsewhere surged into Europe. EU democracies came under economic and political pressure, with right-wing (and some left-wing) populist parties gaining in popularity. The UK voted for “Brexit” to leave the EU. Trump’s NATO policy seemed rooted in other members “paying their fair share.” NATO members in the east were concerned about Russia intentions while some members, but not NATO as an organization, assisted Turkey in Syria.

More broadly, democracy was increasingly challenged around the world. Freedom House warned that “In every region of the world, democracy is under attack by populist leaders and groups that reject pluralism and demand unchecked power.”

Problems at home continue. The President presided over three years of economic growth from 2017 through 2019, with solid performance in GDP, income, and especially unemployment rates. U.S. public debt as a percentage of GDP remained relatively stable, totaling just over 100% of GDP, even after the 2017 tax cuts.

But other worries remained. Congressional Republicans failed to repeal or replace Obama’s Affordable Care Act, as they had promised/threatened for years. About 28 million Americans remain uninsured, while many more face the rising costs of insurance premiums and prescription drugs. The dramatic video of a white police officer killing of a handcuffed black man in Minnesota, in the context of a national economic crisis and global pandemic, sparked peaceful and violent protests around the country. The President promised law and order but failed to lead a credible and effective government response to the calls for reform or to the economy and pandemic. The Covid-19 death toll climbed throughout 2020, while millions of children were kept out of school, unemployment rates skyrocketed, and usual medical care like coronary and cancer screenings were missed.

“Threat to democracy.” Trump was seen as respecting autocratic and populist rulers like Xi, Putin, Kim, Brazil’s Jair Bolsinaro and the Philippines’ Rodrigo Duterte, while criticizing the U.S.’s democratic allies and their leaders. Trump’s statements and policy proposals were seen as a genuine threat to American democracy by scholars, pundits, and political opponents – and by some in his own party, enkindling groups like the Lincoln Project and Republican Voters Against Trump. Trump’s tweets and speeches were characterized as misogynist, racist, xenophobic, and more. Promoting suspicion of electoral integrity and the peaceful transfer of power was seen by some as anti-American, unconstitutional, and un-democratic. Trump was impeached for embedding campaign politics into a foreign policy negotiation.

All this worsened the enduring difficulties of the two parties working together. They were unable to find common ground, or even to seek it. Obama signed the Paris climate accord and the Iran nuclear deal without offering either to the Republican Senate for ratification. Trump promptly led the U.S. out of each deal on his own. Obama authored immigration leniency in DACA instead of forging bipartisan immigration legislation with the Congress. Trump followed with a “Muslim ban” and increased family separations. Federal failures during the Covid-19 pandemic – between Democrats and Republicans in Congress and within in the executive branch itself – harmed the nation’s public health and economy and lowered global esteem for the United States.

What’s Next?  As a hotelier, television star, presidential candidate, president, and Covid survivor, Trump has always exuded extreme confidence. His 1987 bestselling autobiography, The Art of the Deal, offered this insight:

“You can’t con people, at least not for long. You can create excitement, you can do wonderful promotion and get all kinds of press, and you can throw in a little hyperbole. But if you don’t deliver the goods, people will eventually catch on.”