By Stanislav Aseyev and Andreas Umland

The Russia-controlled East Ukrainian separatists have been operating a small concentration camp in the city of Donetsk, Ukraine, for more than six years now. Outside any regular jurisdiction, men and women are being physically and psychologically tormented on a daily basis, in ways reminiscent of Europe’s darkest times.

Throughout the fateful year of 2014, the Russian state’s mass media, spokespersons, and friends abroad managed to impress upon large parts of the Western public a distorted interpretation of the violent conflict in the Donets Basin, commonly called the Donbas. In parallel to the annexation of Crimea in spring 2014, Moscow intervened with agents, special forces, volunteers, and mercenaries into an inner-Ukrainian civil conflict in the Donbas, thereby turning non-violent domestic tensions into a Russian pseudo-civil war against the new post-Euromaidan Ukrainian state. Influential observers in and outside Ukraine nevertheless adopted the Kremlin’s narrative that the Moscow-instigated, six-year long war in Eastern Ukraine resulted from the central government in Kyiv’s violations of human rights in the Donbas. According to Moscow’s story, in March 2014 Ukraine’s Russian-speakers stood up against a new Ukrainian allegedly “fascist” regime that had emerged from the Euromaidan revolution. As the Kremlin story continues, “anti-fascist” Donbas “rebels” (opolchentsy) rose to defend the rights of Ukraine’s ethnic Russians and Russian-speakers to use their native language and enjoy Russophone culture.

Without much concern for the actual course of events on the ground, numerous politicians, activists, and journalists—especially in Western Europe—have since been reproducing Moscow’s narration of the sources and nature of the Donbas war. This has not only led to belated and, so far, ineffective sanction policies from Brussels vis-à-vis Moscow: it has led the European Union, Russia’s largest trading and investment partner, into an ethical no man’s land. While Western media has been continuously interested in Ukraine’s marginal right-wing groups and their attacks on minority groups, there has been far less public scrutiny of the worse and more frequent infringements of human rights in Crimea and in the Donbas. This concerns the penitentiary systems in occupied territories, among others, where even Russia’s deficient rule of law is not or, at best, partly functioning.

Since summer 2014, one of the most brutal prisons of the so-called Donetsk People’s Republic, a Kremlin-installed pseudo-state in Eastern Ukraine, has been functioning in the city of Donetsk. Being a secret institution, this grim facility is unofficially called “Izoliatsiia” (Isolation). It was set up on the territory of a former plant producing insulation. Having seized the factory, the separatists led from Moscow created a military base there. The administrative premises of the former plant and a system of bomb shelters were turned into prison cells and torture chambers. The “Izoliatsiia” prison became quickly akin to a concentration camp where torture, humiliation, rape of both women and men, as well as forced hard physical labor are the rules of the day.

One of the authors of this article is a former inmate of “Izoliatsiia.” As a Ukrainian journalist, Stanislav Aseyev was arrested on espionage charges by the so-called Ministry of State Security of the “Donetsk People’s Republic” in May 2017. He spent 31 months in custody, including a 28-month term in the “Izoliatsiia” concentration camp and experienced various forms of torture there. Aseyev was freed within a Russian-Ukrainian prisoners exchange in late December 2019.

At that point in time, there were eight ordinary multi-prisoner cells in the “Izoliatsiia,” two disciplinary seclusion cells, one basement-bomb shelter for holding prisoners, and a single cell adjoining it, as well as several torture cellars. Three of the eight cells were women’s cells. The maximum number of inmates held simultaneously in the “Izoliatsiia” could reach approximately 80 people.

The prison has extremely strict rules of detention that are themselves a medium for torture. Outside the cells, prisoners are obliged to move only with bags or sacks on their heads. When the cell door is being opened, the prisoners have to turn around, face their cell’s wall, put bags on their heads, put their hands behind their backs, and stand silent until the door is closed. There was a period when, by order of the administration, the prisoners in the cellar were also obliged to kneel down and cross their legs. Lying on the bunk was strictly forbidden. This right could be obtained only after having served a longer term, i.e. six months or more, in the “Izoliatsiia.”

The prisoners are monitored 24 hours a day, seven days a week. The cells are constantly lit. It is strictly forbidden to turn off the light even during the day. This rule has a deep psychological impact on the prisoners.

However, “Izoliatsiia” is best known for its system of cruel physical torture which is applied to prisoners of all ages and genders. The most common method of torture is exposure to electricity. A newly arrived prisoner is immediately lowered into the basement, stripped naked, tightly taped to a metal table and connected to two wires from a field military phone. Then water is poured over the person and electric current is released. Among the prisoners of the concentration camp, one is considered to be lucky if the wires are tied to one’s fingers or ears. More often, one wire is connected to the genitals, and the second is inserted into the anus.

The prisoner may also be forced to “hold the wall.” This is a method of torture in which inmates have to stand against the wall, spread their legs widely, and put their hands on the wall above their heads—and must stand like this for several hours to several days. If the prisoner gets worse and puts their hands down slightly or tries to sit down, they are immediately hit with a pipe on their genitals, by the prison administrators.

Heavy forced labor and rape are further forms of torture practiced in the “Izoliatsiia.” At any time of the year, mostly male convicts with a long duty time are forced to work in the industrial part of the former factory or are taken to do construction work on a polygon. Apart from the prison administration’s torture, the “Izoliatsiia” inmates community is subject to a harsh and peculiar system of informal rules and notions (poniatiia), by which criminals organize themselves in the penitentiary systems of the post-Soviet space.

For instance, there is a caste of the so-called “omitted” or raped men. These are prisoners on whose lips or forehead a prison administrator or guard had put his penis, thereby “downgrading” the status of the convict to that of an “omitted.” These men then have to do the dirtiest and toughest work in the prison. They can also serve as “tools” to transfer other prisoners to this status.

Much of Western discourse, under the influence of Russian or pro-Russian spokespersons, still revolves around Kyiv’s infringement of human rights in Eastern Ukraine. Yet, as demonstrated, the reality on the ground is very different. Moreover, scandalous infringements such as the above-outlined in Donbas have been reported from annexed Crimea. Various human rights violations within the occupied territories happen not only in their harsh prison systems. They have become part of public life in the Russia-controlled regions of Ukraine since 2014. In Crimea, the peninsula’s largest indigenous group, the Crimean Tatars, and their political institutions have become targets of systematic terror by the Russian state. In spite of these and numerous other Russian infractions, Russia’s delegation to the Parliamentary Assembly of the Council of Europe (PACE), was readmitted to the sessions and granted voting rights in summer 2019 after it had been banned from the organ in 2014.

Stanislav Aseyev is a writer and journalist who worked in the Donbas, for leading Ukrainian media outlets including “Dzerkalo tyzhnia,” “Radio Svoboda,” “Ukrainska Pravda,” and “Tyzhden.” In 2017-2019, he was incarcerated in the Donetsk “Isolation” torture prison before being freed in a prisoners’ exchange. Since 2020, he has worked as an Expert on the occupied Donbas territories at the Ukrainian Institute for the Future in Kyiv.

Andreas Umland is general editor of the ibidem Press book series “Soviet and Post-Soviet Politics and Society,” a Senior Expert at the Ukrainian Institute for the Future in Kyiv, and a Research Fellow at the Russia and Eurasia Program of the Swedish Institute of International Affairs (UI) in Stockholm. This article is part of a series of UI Stockholm articles related to Sweden’s 2021 Chairmanship in the OSCE. 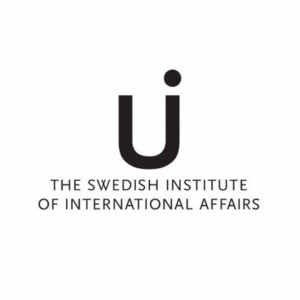