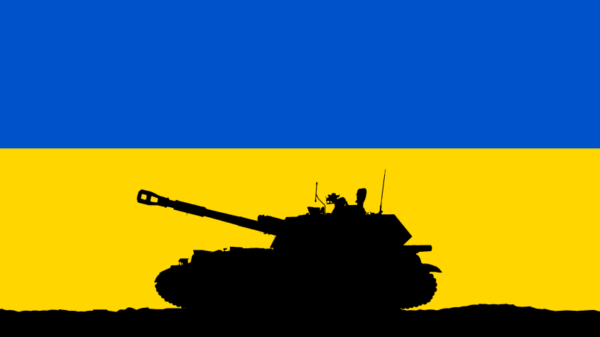 With the War in Ukraine having been part of the international dialogue over the last month, the language and policies that were once thought to be something of the past has become part of our immediate future. Defense spending and policies on oil and gas had to meet the reality of the current situation, and when not altered, was accepted in part as a failed approach. It is clear now that bad foreign policy decisions can lead to horrific consequences, and that freedom and democracy must not only be enshrined in Constitutions, but be acted upon as a way of life as a covenant between just nations.

There have been some movement towards effectively helping Ukraine beat back Russia’s assaults on their nation. The move to provide Ukraine with not only shoulder launched short range anti-aircraft missiles, but also longer ranger S-300 type systems and medium range systems like the 1970s era SA-8 Gecko has made the skies over Ukraine’s Western cities dangerous for Russian aircraft. Even old systems like the SA-8 and SA-13 have created a major problem for modern Russian aircraft. Anti-tank weapons has made the invasion of Ukraine costly, with only the most protected tanks being able to contend with the different types of rockets designed to obliterate Russian Armour.

Slight changes towards providing Europe with North American energy is a move in the right direction, but slow and not effective in the immediate term. There needs to be a serious human rights discussion on reality vs. ideology. The effects of these decisions on Eastern Europe, the Middle East, Latin America and Asia must be carefully considered when taking policy decisions on energy. Neglecting reality will just lead to a future conflict without fail. No one wants to donate their citizens to a future war in the cold fields of Ukraine or deserts of Iraq any longer. For this to occur, intelligent policies must become paramount.

Strategic losses seen on raw film and video has been one of the most useful ways to interpret the changing winds of war during this conflict. With so little reliable information being produced and focused information from different sides of the conflict being highlighted or actively blocked, the only information that can be relied upon is a knowledge of the region and the weapons used therein.

Losses of systems that are required by Russia to win a modern conflict in Ukraine shows how difficult it has been on Russian forces. With numerous BMP and BMD light armoured vehicles being destroyed, and older T-72 type tanks making up much more of Russia’s tank arms than expected, it seems as if Russia was not as well equipped as many would have thought against a country on its own border. Losses of modern attack helicopters like the KA-52s and low flying SU-33s jets by shoulder launched missiles or dated anti-aircraft systems from the Cold War also show the difficulty in challenging Ukraine’s armed forces, which was one of the best armies during the Cold War era.

Losses of ground based artillery and anti-aircraft systems are likely why challenging larger cities has been a complex exercise for Russia. Launching a siege or bombardment is required before entering a city, and when photos of lost 2S3 Akasiya and 2S19 MSTA are found, there is certainly a problem in their campaign. Losing vital anti-aircraft systems like the SA-11/17 BUK to drones has been surprising but has occurred on a few occasions. Seeing ultra modern Pantsir systems stuck in the mud, or seeing two separate SA-15 Gauntlet systems being dragged by farm equipment may be why drones and ballistic missiles from Ukraine are constantly harassing Russian forces, as those two systems are designed to defend the skies over Russian tanks and artillery. Trying to dominate the second largest country in Europe next to your own is difficult, but to do it with lost equipment in a region that was designed to repel a NATO attack with old systems that are as effective against modern equipment as it was against equipment from thirty years ago is almost impossible.

While it will become apparent that Russia made a mistake in invading Ukraine, the chance that an end to hostilities will restore all of Ukraine’s territory is not likely. Poor policy decisions in 2014 and the simmering conflict in the East of Ukraine will likely not be of interest to the West a few short months after the end of the wider conflict. Empowering Russian allies and enriching petro economies with poor human rights records will create similar conflicts in other regions of the world, and the current disinterest in those regions during the current conflict in Ukraine will result in repeated conflict and violence. Preventing a global conflict will not just come from sanctions and protests, but from policy decisions that seek long term solutions, not just ads for the next election.