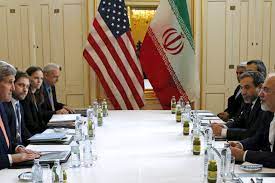 Former-President Trump’s decision to remove the United States from the JCPOA was misguided. Now President Biden negotiates with Iran after years of obscure nuclear development. It is time to reconsider foreign policy objectives for Iran’s nuclear program.

Trump argued the nuclear deal failed to address Iran’s motive for nuclear weapons, and he stands correct. Trump abandoned the deal and Iran doubled their nuclear stockpile near weapon-grade attainment. However, Trump objectives lied in binary conclusions of prevention and attainment. Such objectives have two fundamental challenges: extreme binary measures generate lower levels of success and greater tension between outcomes. Prioritizing motives as an element of the JCPOA’s success was misguided. Iran’s nuclear program made considerable progress and the U.S. is now pressured to restore a deal.

Restoring a nuclear deal comes with two caveats. Any agreement will not eliminate Iran’s years of added technical knowledge and skills. Consequently, restoring a deal now only stretches Iran’s breakout time to roughly half of the original 1-year timeframe. Developed expertise leverages negotiation and Iran is a greater threat today with or without a nuclear deal. A shortened breakout time has prompted senate republicans to warn any weakened deal will prompt a red line.

A viable solution to incapacitate Iran’s nuclear program may not exist. Airstrikes on nuclear infrastructure do not yield promise. Iranian retaliation would be expected and can incentivize bolder nuclear development. Economic sanctions prove ineffective. Integrating the global economy is not an Iranian priority and sanctions impact medically conditioned civilians to suffer most. Iran devotes itself to absorbing sanctions and depicting itself as a guardian from Israel and the West. Prioritizing an immediate solution to Iran’s nuclear program will be to no avail.

Failure to incapacitate Iran’s nuclear program will further complicate its unstable region. The response to strengthen regional defense systems as Russia invades Ukraine exemplifies how Iran’s nuclear weapon attainment will prompt the region. Israel, Saudi Arabia, and Turkey is likely to declare or develop their nuclear arsenals. U.S. foreign policy ought to force Iran to prioritize long-term motives rather than attainment ability.

Detecting secret nuclear facilities is a greater threat to U.S. interests. Iran’s Fordow and Natanz nuclear facilities remained undeclared until western intelligence, suggesting Tehran intended secrecy after beginning operations. Now IAEA is barred from accessing a centrifuge manufacturing site as of 2021. The U.S. must depend more on its intelligence apparatus without a deal; meaning, the threat of secret facilities outweighs the threat of declared facilities.

The U.S. has leverage should Iran induce a breakout dash with declared facilities. IAEA inspections complicate Iran’s ability to operate in secrecy. Iran would need to bar inspectors, transport nuclear material and build a weapon prior to a U.S. response. A considerable level of confidence or accepted risk of disaster would be required. Expect Iran to continue mastering its nuclear program. However, weaponizing nuclear material without prompting a military response is unlikely.

Successful U.S. foreign policy ought to accept Iran’s developed nuclear expertise. Over a decade of diplomatic, economic and military efforts have led Iran to years of technical advancement and near weapon-grade attainment. Deter motives to weaponize nuclear material. Israel’s former national intelligence chief once declared, “In the Middle East, a decade is eternity.” Prevent political wins in the region and continue to monitor nuclear operations.

Leaving the JCPOA put the U.S. in an inadequate position to monitor Iran’s nuclear program. President Biden must now realign political strategy from prevention to containment. Sanctions on Russia elevated oil prices and Iran is keen to strike a deal that would allow benefitting from oil exports. Leverage Iran’s potential revenue for greater U.S. intelligence capacities.

Rafael Prado is an analyst with the U.S. Department of State. He is an alumnus from The Pennsylvania State University and continues to study security policy at George Washington’s Elliott School of International Affairs. Follow him on Twitter @_pradoiii.