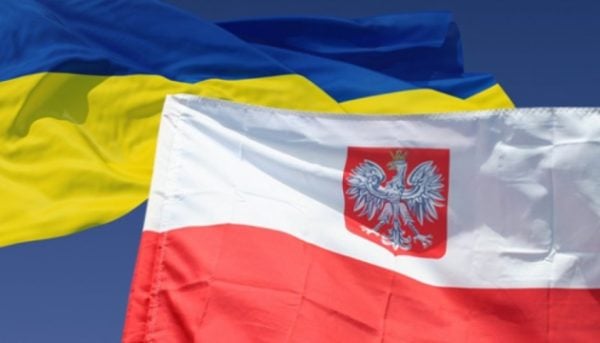 From the end of the Polish-Lithuanian Commonwealth to their status during the Napoleonic Wars and Interwar period, Poland has always tried to achieve their own true independence. The post Soviet era gave rebirth to Poland as an independently governed nation state, separate from the direct influence of empires of the past like the Austro-Hungarians and Soviets, and persistent powers like Germany and Russia.

While freedom did come with the collapse of the Soviet Union, the position of Poland between two European powers meant that it had to always survive strategically, knowing that its borders will be challenged perpetually. This focus on tactical survival also gave rise to creative solutions in challenging great power struggles, with some notable successes that have influenced the rest of Europe and the world.

No one would doubt the great humanitarian relief effort Poland has engaged in helping their neighbours in Ukraine. Polish sympathies lay in the knowledge of their own history and risks to their nation. Ukraine has been affected recently by Putin’s Russia as Poland had been in the past, by both German and Russian invasions alike. Poland knows that much of the catalyst for this current conflict comes from their position in Europe and the world as well as a history of Realpolitik that has targeted Poland, and now Ukraine.

A struggle can be won in the long term through soft power, as much as it can be with tanks and artillery. Pope John Paul II was respected and loved by Catholics and non-Catholics alike through his peace initiatives in the 1980s and support for Polish freedom and a life outside of Communism. His movement encouraging his native Poland and Eastern Europeans to push away from communist values helped greatly in the peaceful protest against Soviet control in the region.

The Solidarnosc Movement in the early 80s helped tremendously in the defeat of Communist in Poland and Europe, but was the culmination of years of grass roots activism. The gradual gaining of support of workers unions due to higher living costs and food prices established the Solidarity Movement, one of the largest political challenges to Moscow in the last years of the Soviet Union. This workers movement against Communism lead to the leader of the movement, Lech Walesa, and the Solidarity Party to lead Poland out of the Soviet era and helped put Poland in line for EU membership.

Poland knows what can come from threats to their borders and that their borders have not always been where they now stand. Much of the humanitarian relief at the Polish border is connected to cities like Lviv that used to itself be a part of Poland before it was annexed by the Soviets. Along with humanitarian aid that has stressed the capabilities for assistance for Poland and its people, military aid from Poland’s older Soviet era military stocks have been dedicated to Ukraine’s War effort. Despite some hiccups in the past in rearming its defense capabilities, Poland is now due to receive US made M1 Abrams tanks to displace its T-72 types donated to Ukraine, along with the more modern anti-missile versions of the Patriot PAC-3 missile systems. Poland will most likely have its military rearmed and upgraded while giving its current inventory to Ukraine. This will result in one of the most powerful and modern militaries in Europe.

Turning Poland into a defensive fortress and protected humanitarian settlement while supporting Ukrainian fighters shows that Poland likely understand more than any other nation the suffering at the hands of a foreign power in Europe. This achievement may look short term, but it is the result of generations of Polish leaders and citizens working to keep Poland free from influence and enshrine its place in Europe and the world.