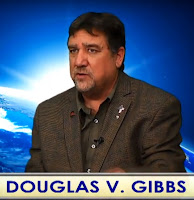 For those of you who follow my journey as a constitutionalist, I have been a force for Constitution Education on the West Coast for many years.  This blog launched in 2006.  Political Pistachio Radio on BlogTalkRadio began in 2007.  The Constitution Classes emerged in Temecula in 2008, and in Corona in 2014.  The radio program moved to AM Radio in 2011, and it has been over the last few years that I began making constitution-centric videos on YouTube.
Teaching the U.S. Constitution has long been a ministry to me.  Even as a child, I was interested in history, and the founding of this country.  In 2007, however, it was my mentor, Tim “Loki” Kerlin, who really brought me out of my shell and into the community of constitutionalists full throttle.  As a result I have the endeavors listed above, plus I have written seven books (working on the eighth right now), and I have become a popular force on the public speaking front.  The ultimate, however, along this journey would be television.
I have appeared on television a number of times.  I have graced the airwaves on Fox News five times, One America News twice, and various other networks and local channels a number of times during intense news cycles in which I found myself in the middle of as an activist.  But, those were all simply instances where Doug was protesting in the right place at the right time.
A few years ago a friend of mine toyed with the idea of purchasing a local television station, and using me as one of the centerpieces of the new channel.  But, he never pulled the trigger, and to this point, the station remains available to any buyer willing to take a chance.
During these last few years I have also expanded my network of people I know.  I do a lot of shaking hands, and handing out business cards, and one of those people I’ve gotten to know is Dr. Chanh Huu “Tony” Nguyen.  He’s a hero of the “Government of Free Vietnam” Vietnamese people who fought against the communists in both Vietnam and Cambodia.  He has been captured by the enemy, and escaped.
In California, Tony has become an important part of the Vietnamese community, and he has built an interesting media empire that includes a non-profit organization, television, and other Vietnamese media and community outlets.
The television show I will be hosting on VietNews will launch some time in January.  We are in the preliminary planning stages, and have come to an agreement that it will be a one hour program, once per week.  I will receive a stipend for my efforts.  Sponsorships are available if you would like to be involved.  Contact me at constitutionspeaker at yahoo dot com if you are interested.
– Political Pistachio Conservative News and Commentary

Source: http://politicalpistachio.blogspot.com/2019/12/constitution-television-program.html
Before It’s News® is a community of individuals who report on what’s going on around them, from all around the world.