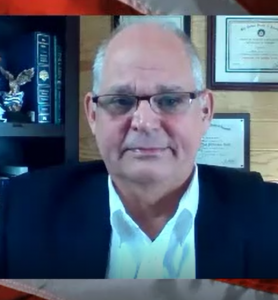 Former CIA officer and counter-intelligence expert Kevin Shipp says that former Obama Administration Attorney General (AG) Eric Holder gave a big Deep State panic signal when he wrote in an Op-Ed last week in the Washington Post trashing current AG William Barr and his top prosecutor John Durham. Shipp explains, “This is very significant. We all remember that Holder was Obama’s right hand man. Eric Holder was Barack Obama’s enforcer. The fact that Holder comes out this quickly after the Inspector General (IG) Horowitz Report comes out . . . and makes this veiled threat against Durham’s reputation. The fact that Eric Holder came out and made this statement is a clear indication to me they are running scared. We have to understand it was Eric Holder that Barack Obama used to target the heads of corporations that spoke out publicly about Barack Obama. We know Holder was held in ‘Contempt of Congress.’ He spied on AP reporters, ran guns to drug cartels and blacked out the information. He spied on over a hundred journalists, and on and on we go. . . . They (Deep State) are convinced there are going to be indictments. Secondly, there is AG Barr’s outrage over (IG) Horowitz’s report and what it did not do. He made statements that there was spying and actions by government officials that need to be criminally looked into. Barr’s outrage over this shows me that there are going to be indictments, and that he is taking this seriously. Again, when Holder comes out and puts out this bombshell in the Washington Post, which is another indication that indictments are coming. John Brennan, former Obama Administration CIA Director, is going to be at the top of the list.”

Shipp says during the entire Trump Presidency, the mainstream media (MSM) has operated as a propaganda arm of the Deep State and the Democrats. Shipp contends, “They put these stories out intentionally because they are creating their own story, and that is what the propaganda mainstream media does. It creates its own story. . . .They want to frame their latest story that there really wasn’t any spying on Trump. That’s what FISA warrants and applications are all about. They are all about spying.”

Shipp thinks this will be a big nail in the coffin of the MSM. Shipp says, “The mainstream media will never come back from this because finally, through shows like this and others, the real information is coming out as to what the mainstream media has done. At the top of that list is the New York Times, the Washington Post, CNN and MSNBC. . . . What they did is they created the Russia collusion story as if it was reality, as if it was real. That is part of the procedure in doing this. Then, they invented the evidence, and that was the Steele Dossier. They portrayed this as evidence to create this false narrative. Then they sent this story out to each outlet, and all repeat the same story over and over and over again knowing the more they repeat it, the more people were going to believe it. Then, the FBI leaked information to the mainstream media. The FBI took that information leaked to the media and used their stories as evidence. Brennan leaked the dossier to the mainstream media as part of this whole machine.”

Shipp says the hoax of Russia collusion and the impeachment sham of President Trump is distracting us from other very big problems such as the extreme debt the country and the world is facing. Shipp says, “Trump inherited a financial monster that was not his doing. When he was sworn into office, it already existed. It is very serious, and I think now or very soon the U.S. government will not be able to afford the interest on the national debt, much less paying off the debt itself.”

It is reported that central banks are buying record amounts of gold, and even Goldman Sachs is telling its clients to buy the yellow metal. Shipp says, “This is a solid indicator that we are headed for the financial rapids with Goldman Sachs especially. Goldman Sachs is a global bank, and it’s one of the main banks in the United States. The fact that Sachs and others are building up gold reserves is a clear indication that they expect a financial downturn, to put it mildly, that is coming.” 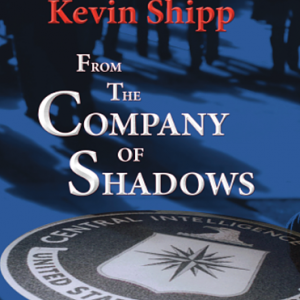 Kevin Shipp’s website is called FortheLoveofFreedom.net. There are multiple ways to support Shipp with donations if you scroll down to the middle of the page.