Someone is looking to sell some books. Unfortunately, they forgot some key information 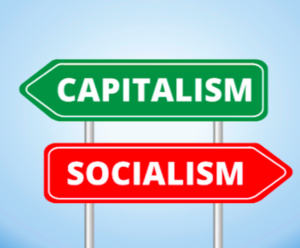 At work, she preached the risks of resisting change to MBA students at the Massachusetts Institute of Technology, drawing on lessons she learned while watching factories close as a management consultant. But at home, she found comfort in the seeming permanence of nature and trees, whose leafy branches provided solace to her as a child.

“I kept my job and my passions in separate boxes,” writes Henderson, who joined Harvard Business School in 2009 and is now the John and Natty McArthur University Professor at Harvard University. “Work was lucrative and fun and often hugely interesting, but it was something I did before returning to real life.”

Business was ever-changing, but nature was constant. It wasn’t until in the mid-2000s, at her brother’s urging, that she started to read about the science of climate change—and the part that business has played in accelerating it. The revelation shook her world view.

After debating whether to quit her job at MIT, Henderson started seeking out like-minded leaders who shared her concerns. Her experiences and the research that came out of them culminate in her new book, Reimagining Capitalism in a World on Fire, a deeply personal exploration of capitalism’s role in addressing climate change.

What follows is an interview with Ms. Henderson. Question on all sorts of things, such as shareholder value

Henderson: In the ’70s, when the conversation about shareholder value first began, and in the ’80s, when it really took off, it was fine for business to just focus on making money. We had a very cohesive society and a strong government.

But right now, we have a political system that’s incredibly partisan. It’s very difficult to get anything done. And we have a government that is, as a result of years of attack on the very idea of government, fundamentally very weak. You can really see that in the current COVID-19 emergency, both in the slowness of the federal government’s response, and in its decision not to step up as a central buyer of things like personal protective equipment (PPE). States are bidding against each other for medical equipment, which seems extraordinary.

Government has always been incredibly partisan. Heck, there used to be actual duels. We had a civil war. And government is not supposed to be fast, and it is supposed to be difficult to get things done. She yammers about income inequality, which isn’t partisan or something

So, just pragmatically, we need to address inequality if we’re going to make progress on climate change. Moreover, I believe—and I think many business people agree—that it’s fundamentally unfair that more and more people are finding it hard to participate in the modern economy, and that we’re leaving so much human potential and human growth on the table.

But, nothing in the interview as to what capitalism looks like re-imagined. Nor in the short book excerpt. Funny how climate cultists never want to actually say what they want the economy to look like. One expects, from the yammering about government, that she wants government in charge of the economy, which would not be capitalism.


Source: https://www.thepiratescove.us/2020/05/01/harvard-business-journal-we-need-a-new-capitalism-to-fight-climate-change-scam/
Before It’s News® is a community of individuals who report on what’s going on around them, from all around the world.