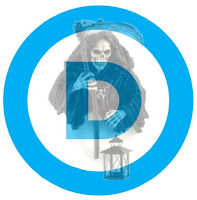 The Democrats have a history of hypocrisy.

I remember many years ago reading about a city council member in San Francisco successfully proposing and enacting a city ordinance that basically said that all public easements were open to the homeless.  This meant that the homeless could sleep on any sidewalk since it was technically not owned by any private entity.  A conservative activist decided to see how serious the city council member was about his bleeding heart law.  The activist dressed up as a homeless person, and pitched a tent on the sidewalk right in front of the posh home of the city council member.  In response, the liberal Democrat called the police to have the person removed from in front of his house.

When Congress passed Obamacare during Barack Obama’s presidency, while they believed it was appropriate to commit the American population to the government controlled move towards socialized medicine that may eventually destroy the private insurance and medical industry, the members of Congress added a provision to the law that made them exempt from it.

Now, during the George Floyd riots, sports journalist Chris Palmer reminded us once again of the liberal left’s world of hypocrisy where the attitude is “what is good for thee is not good for me.”  On Twitter Palmer captioned a burning building, which was an under-construction apartment complex for very low income tenants, writing, “Burn that sh** down.  Burn it all down.”  Three nights later his gated community was under attack by rioters, and after it was over he Tweeted, “Welp. They’re gone. Security called the cops and they swarmed. Some scattered, others were arrested. (You hate to see it.) Tense moments. There’s graffiti everywhere. We live in a beautiful, safe community and have pride. These people had no pride and weren’t protesters.”

Later on, after receiving criticism for his change of tune when it came to his own neighborhood, he responded, “I did not know it was low income housing for many. That was my mistake. I do not endorse property destruction of any kind. Real protestors don’t loot. Peaceful protest is the only way. Be safe. God Bless.”

I believe his backtrack was simply because it was “affordable housing”, and he endorses in his mind the destruction of private property, especially the kind that belongs to business owners and persons of significant wealth, a.k.a. bourgeois.

Be not fooled.  This is a movement towards radical revolution.  This is a violent coup that hopes to collectivize this country into a socialist consciousness.  The hive-mind attitude of the rioters that screams “What one has all must have, I’m gonna take it” is a not an attitude of free enterprise, individuality, and liberty, but of communist ambitions.

The puppets of the liberal left, like the mainstream media, denies that the truth is what it is.  They know that you can’t stop the mob if you deny it exists.  While some believe that peace will only happen once there is nothing left to steal, and nothing left to burn, I disagree.  The seeds of communist revolution have been planted.

The mob wants you to believe this is all about social justice, and that their anger is because in America there is some kind of systemic problem of racism.  No law condones racism, and while racists surely exist in this country, they are of such a small minority that they not only do not matter in the grand scheme of things, but also I believe most of them are so afraid of discovery that they hide their true feelings both verbally, and through their actions.

If there is a problem with racism, I also believe it stems not from where the radicals say it is, but within them.  Their decisions are based on race, and their hate for what they consider to be “white privilege,” and a culture that is populated by the descendants of the Europeans who created and maintained colonialism and a slave culture.

Nobody in America owns a slave, and no American is a slave.  Slavery exists in the third world, but not here.  This isn’t a race problem.  We don’t have out of control racism in this country.  We have a class of radicals who want you to be frightened, and nervous, and ready to call for order through their kind of collectivist governmental system.  They used impeachment, the coronavirus scamdemic, the riots, the man-made climate change hoax, and anything else they can to make you paranoid so that you not only desire change, you demand it.  What we have is an invasion, an invading ideology that is determined to fundamentally change our American System.  The hypocrisy is only a symptom.  The accusations of racism, the demand to save the planet through government control of energy, and the authoritarian rules we so quickly chased after as lemmings when the coronavirus scamdemic emerged are only symptoms.  We are at war.  An ideological war.  A spiritual war.  A war to preserve liberty and restore the Constitution.  No, this is not some kind of racism problem.  This is an American problem.  We are at war for our liberty.

Source: http://politicalpistachio.blogspot.com/2020/06/chris-palmer-reminds-us-of-liberal-left.html
Before It’s News® is a community of individuals who report on what’s going on around them, from all around the world.

Loading...
"Not by might, nor by power, but by my spirit, saith the Lord of hosts." Zechariah 4:6
BEFORE IT'S NEWS ON TELEGRAM
GET THE TELEGRAM APP - https://telegram.org/ JOIN OUR CHANNEL - https://t.me/BeforeitsNews
Read it..
BEFORE IT'S NEWS
SIGN UP FOR OUR NEWSLETTER
Today's Top Stories
Fed Executions to Resume Next Week [Deep State Panic]!! - Must Video
X22Report How Do You Introduce Crimes Against Humanity? The People Must See The Truth - Episode 2222b #QAnon
Robert David Steele Unleashed! Ghislaine Maxwell, Human Trafficking and Deep State
Black Pilled: The Party Is Over
New Method Estimates Risks of Hormone-Disrupting Substances in Drinking Water
Ellen Degeneres Exposed? Very Bad News Now
Patriots Are Standing Up! Watch What Happens! Amazing! - Must See Video
Scientists Propose Plan to Determine If Planet Nine Is a Primordial Black Hole
Enormous 'Superflare' on Nearby Star Discovered
The Collective Power of The Solar System’s Dark, Icy Bodies
Loading...
Featured
"Competent Government": A Look at Some Orwellian COVID News Headlines & How They Are the Exact Opposite of Reality! - Great Video
Dr. Richard Bartlett’s COVID ‘Silver Bullet' Budesonide Empties Hospital ICU! - Must See Video
Black Cloud Descending Upon America
Global Economic Fallout as Tipping Point Has Set Off Biggest Changes in History! - Great Video
They Want You Chipped and Up to Date on Your Shots Just Like Cattle..Timeline From 9-11 to Covid19
The Backlash is Coming! - The Dan Bongino Show® - Great Video
Brilliant Repel of Deep State Attack on POTUS & Americans by Press Secretary! - Great Video
The Pressure Builds: Florida ATF Invades Restaurant Full of People to Shut Down Owner
Patriots Are Standing Up! Watch What Happens! Amazing! - Must See Video
Busted! Hillary Clinton, Pelosi, & Democrats Caught Wearing Nazi Pins on Their Jackets!
Loading...
Top Global
Sweden Was Right After All, Rest of the World Was Punk’d
Illuminati "Will Leave No Aspect of Global Society Untouched."
They Want You Chipped and Up to Date on Your Shots Just Like Cattle..Timeline From 9-11 to Covid19
Benjamin Fulford: How The USA Became a Babylonian Slave State
Here it Comes: Bill Gates and His GAVI Vaccine Alliance Launching AI-Powered ‘Trust Stamp’ Combining a Vaccine and Digital Biometric ID in West Africa
FBI data: Jews were 2.7X more likely than blacks, 2.2X more likely than Muslims to be hate crime victim
30 Million Polio Vaccines With Cancer Contamination for CDC – Population Control - How to Kill 15% of Population “by Bill Gates”! (video)
Culprits Behind Covid-19 Coronavirus Epidemic Reveal Their Destructive Agenda
The Elite Pedophile Networks That Rule the World (Video)
Black Pilled: The Party Is Over
Loading...
Top Alternative
Will the Federal Reserve Cause the Next Riots?
After The Assassination Of The Two Prophets (Rev. 11:7-11) And The Rapture Of The Saints, Then What Will Happen To Those Left Behind? The Timeline For Armageddon, The Marriage Supper Of The Lamb And The Gog And Magog War.
Mainstream Oncologists Hate Baking Soda Cancer Treatment Because it's Too Effective and Too Cheap (Video)
Illuminati "Will Leave No Aspect of Global Society Untouched."
Hard Times for the Sane
Strange Things Happening: Epstein, Maxwell, Online Retailers, & Child Trafficking
Bug-Out of Blue States While You Still Can! Survival Planning: Where to Bug-Out & How to Set up Caches! - Great Health Ranger Video
Another Deadly Cost of COVID-19 Lockdowns: “A Hidden Epidemic” of Drug Overdoses
CHICAGO BLOODBATH: 60 Shot, at Least 10 Fatally, Over Weekend
Johnny Cash Reads the Holy Bible's New Testament