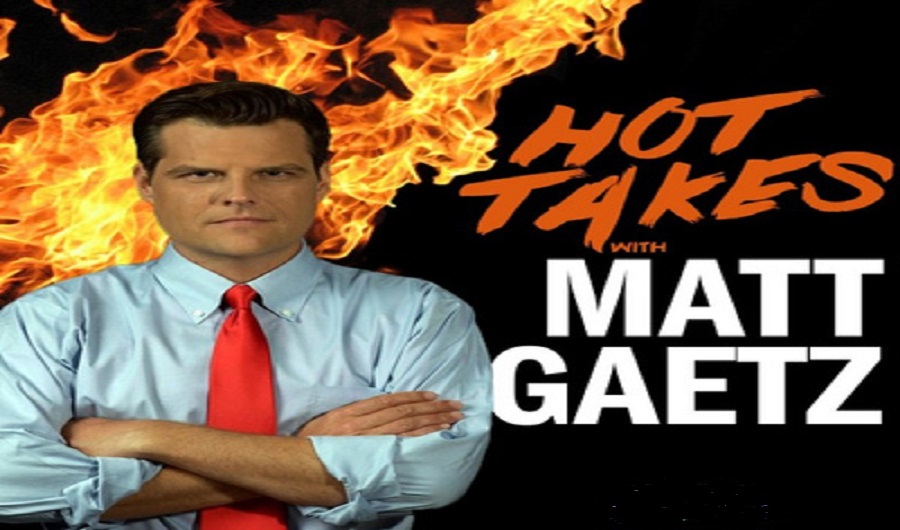 “Two wrongs don’t make a right. Bad policy solutions aren’t going to reform the bad elements of our police system. Neither is attacking the institution that keeps our neighborhoods safe and protects our laws,” said Rep. Matt Gaetz, R-Florida.

On Friday, Democrats’ version of police reform legislation was passed along party lines in the House. While some of the ideas in the bill are worthy of consideration, the bill greatly oversteps the limits of federal authority, and rips decision-making from state and local governments — the jurisdictions that know their police forces (and their citizens) better than bureaucrats in Washington, DC. Additionally, the bill would leave police departments under-equipped by limiting their access to surplus materials, making our streets less safe.

During the Obama administration, the Democrats succeeded in stripping local police and sheriffs’ departments of vehicles and equipment they received from the Pentagon, but upon being elected to office, President Donald Trump restored the equipment.

Republicans, on the other hand, have developed real reform measures. A week and a half ago, President Trump signed an executive order improving police training and community resources nationwide.

In the Senate, Sen. Tim Scott has drafted a police reform bill that balances substantive reforms with respect for state and local leadership. It includes many common-sense proposals supported by Americans of all political orientations, including additional reporting from law enforcement agencies on their use of force, ensuring officers are held accountable for their actions, and improving training for officers to perform their duties, according to an emailed report from Congressman Gaetz to a number of police and security organizations such as the National Association of Chiefs of Police (NACOP).. 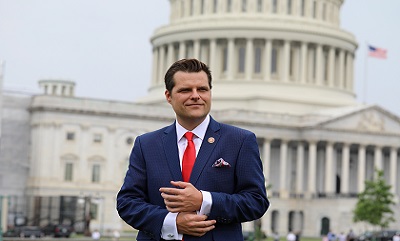 Prior to serving in Congress, Gaetz worked as an attorney in Northwest Florida with the Keefe, Anchors & Gordon law firm, where he advocated for a more open and transparent government. In 2010, Matt was elected to serve in the Florida House of Representatives to represent portions of Okaloosa and Santa Rosa county. He was chairman of the Finance and Tax Committee, where he authored and passed $1 billion in tax cuts, all while balancing the state budget and repealing or replacing over 4,000 regulations. Matt also served as chairman of the Criminal Justice Subcommittee, where he authored and passed some of America’s toughest penalties against violent sexual predators.

Unfortunately, Democrats in the Senate would rather play political games than pursue meaningful reform and have blocked any attempts at passing Senator Scott’s bill. In response to Democrats’ procedural shenanigans, Sen. Scott stated: “They’re not serious about police reform. Instead, what they’re serious about is using police reform as a campaign issue this November. That is despicable.”

There is work that needs to be done to reform our police system, but Democrats are making those bipartisan goals impossible. “I find it sad that Pelosi would rather throw her weight behind legislation to appease her “base,” rather than work across the aisle to create meaningful change in this country. It is my hope that more productive discussions are ahead,” said Rep. Gaetz.

While Democrats are concerned with ludicrous proposals like defunding the actual police, I think we need to focus on fighting the ‘thought police’ of social media.

“We are in a culture war with those who seek to undermine our freedom. Social media conglomerates are on the cutting edge of this fight, and have taken advantage of our legal system for years,” noted Rep. Gaetz. 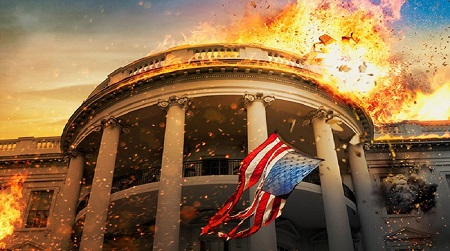 The ultimate goal of the Democratic Socialist Party.

“Section 230 of the Communications Decency Act was designed to give online companies legal protection from the content posted on their platforms. However, Facebook, Twitter and others have taken advantage of this immunity, and used it as a free pass to promote some users and silence others. Technology companies shouldn’t be able to put their thumb on the scale and reshape speech in our country. Features of this technology should apply equally to people, regardless of viewpoint.

“The social media behemoths claim to not be ‘aggregators’ or ‘curators,’ but simply ‘platforms,’ when the reality is, they’re going to do everything possible to stop the voters of this country from electing Donald Trump president.

“It is unfair, and it should be considered unfair no matter your political affiliation. Right now, it is liberals who are benefiting, but what if it were the other way around? I think we must ensure that we have fair, free debate in this country, and that our speech is not unfairly and unreasonably constrained by Silicon Valley,” the popular congressman said.

Click HERE to listen to Gaetz’s podcast and get the full story.

If we are going to keep fighting for individual liberty, order, and justice, we need some tools of our own. I recently launched an account on Parler, a new social media platform designed to protect free speech no matter your political views.   Click HERE to follow Gaetz on Parler!

Loading...
"Not by might, nor by power, but by my spirit, saith the Lord of hosts." Zechariah 4:6
BEFORE IT'S NEWS ON TELEGRAM
GET THE TELEGRAM APP - https://telegram.org/ JOIN OUR CHANNEL - https://t.me/BeforeitsNews
Read it..
BEFORE IT'S NEWS
SIGN UP FOR OUR NEWSLETTER
Today's Top Stories
Horrors of Bill Gates Covid-19 Vaccine and Jeffery Epstein Link
Anonymous UFO Disclosure! "Very Few Know About These" - You Need To Hear It
Best & Taylor Intel Review Hour (8/1/2020): Important & Amazing News in the Matrix — Obama Prophecy — Brace Yourself
The Archon Influence Revealed... The Governors of Our Universe
The Act of 1871: The “United States” Is a Corporation – There are Two Constitutions
Disney Releases ‘Black Is King’ From Illuminati Superstar Beyonce And It Is Filled With Dark And Demonic Imagery Like Her Baphomet Headdress
It’s Gonna Blow
New Update! Grey-Haired Obama Oozes Panic! Rogue Governors & Congress Play Dictators! - Great Video
Satan's Agents & Doctrines of Demons - The Mandela Effect in the Bible - Great Video by Truth Shock TV
We've Been Stationed on the Moon Since 1988, There's a Reason It's Kept a Secret via Creepypasta
Loading...
Featured
The Watchman: End Times Signs, Everything Is About to Change, Unprecedented World Events
Horrors of Bill Gates Covid-19 Vaccine and Jeffery Epstein Link
The Tide Is Turning! Joe Biden Losing Momentum as Trump Comes Out Strong After 2 Month Media Beating! - Great Video
Give Me 10 Minutes & I’ll Show You Why the Collapse Can’t Be Contained! - Must Video
4 Horsemen of the Apocalypse: Is the Red Horse Here? Mind Blowing Reason Why COVID Vaccine Volunteers Are Not Allowed to Have Sex or a Baby! (Shock Video)
Peter Schiff: The Dollar Crash Will Take Down The Entire US “House of Cards”
Dave Hodges: Who's Really Running America? - Great Video
Dutchsinse:
New Update! Grey-Haired Obama Oozes Panic! Rogue Governors & Congress Play Dictators! - Great Video
Anonymous Vs. Bill Gates! Did Anonymous Leak Covid Facts?
Loading...
Top Global
Horrors of Bill Gates Covid-19 Vaccine and Jeffery Epstein Link
Dutchsinse:
2mins of absolutely ESSENTIAL VIEWING
How Many Patents Does Dr. Anthony Fauci Hold?
First wave. Second wave. Or no wave at all?
Coin Shortage Conspiracy: War with China Imminent
What the MSM Was Afraid to Tell You
Netanyahu's Last Supper
NYC Rallies for People’s State of the Nation Address
UK Expert: ‘Taboo’ Herd Immunity May Be Only Long-term Solution to COVID-19 Issue
Loading...
Top Alternative
The Real Epidemic is Black Violence
How Globalists Plan to Use Covid to Reset the World Economy! - Great Glenn Beck Video!
RichiefromBoston: Illuminati Highlander, Powers and Principalities, Prince of the Air
An Elite Control Mechanism right out in The Open [Video]
BLM Stabs Another Black Man for Failure to Be Communist: Links 1, Aug 2, 2020
"Life is Looking Out a Window"
Red Flags Soar as Big Pharma Will Be Exempt From COVID-19 Vaccine Liability Claims
The NEW Bermuda Triangle of Internet Censorship: 5G or Hydroxychloroquine Mentioned With Coronavirus = Scrubbed Content
What Democrats Want, Day 93, Countdown to Oblivion? Abortion: Snuffing Out Pre-Born Human Life, Part 1
Get Ready to Homeschool This Fall - Here’s a Checklist