Trump Packs the Court His Way 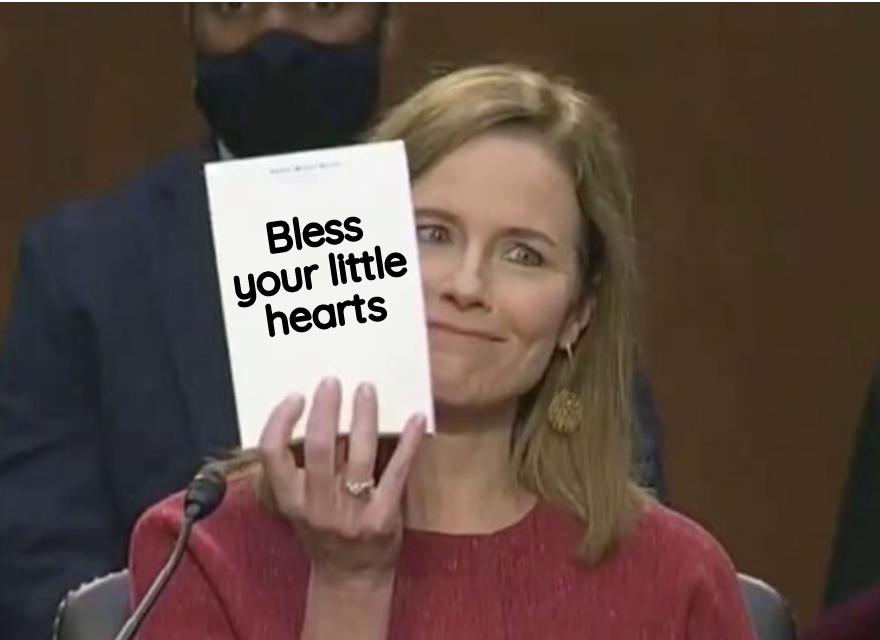 WASHINGTON, DC – Following the US elections on November 3 – although its final resolution may take longer – the partisan arrangements of almost the entire US federal government are subject to change. Only the House of Representatives appears certain to remain in the same party’s hands (the Democrats’). The Republican-dominated Senate could be won by the Democrats. The conservative-leaning Supreme Court is now shifting far to the right, given the Senate’s confirmation of President Donald Trump’s nominee, Amy Coney Barrett, to the seat previously held by the late liberal justice Ruth Bader Ginsburg. (snip)

If Biden defeats Trump – the polls, currently in his favor, are considered more reliable than in 2016, but polls can’t predict voter suppression – his supporters’ celebrations may be short-lived. Controversies about counting votes are already in the courts, which have changed dramatically as a result of Trump and Senate Majority Leader Mitch McConnell appointing an astonishing 220 federal judges. Moreover, Senate Republicans are already plotting how to undermine a Democratic majority.

But the greatest threat to Biden and any progressive government for a long time to come will emanate from the Supreme Court. The approval of Barrett (age 48) has produced, almost certainly, a very conservative 6-3 majority. Chief Justice John Roberts, who has tried to keep the Court from going to extremes, will no longer have the controlling swing vote. The legitimacy of the Court is now in question.

If federal courts, especially the Supreme Court, are standing in the way of enacting the Progressive (nice Fascism) agenda, perhaps the agenda is way out of line with the U.S. Constitution (and most state Constitutions) and the way things are supposed to work in the United States.

But, hey, Progressives have Ideas

This week, Republicans cemented their 6-3 Supreme Court majority by confirming a 48-year-old, far-right justice to the bench in flagrant defiance of principles they had preached just four years ago. Such bad faith — combined with the Roberts Court’s hostility to voting rights, labor, economic regulation, and reproductive choice — has brought previously marginal ideas for judicial reform to the center of Democratic politics.

Hey, Republicans could have had the hearings and such and then simply voted down Merrick’s nomination, putting him through the whole process. This ended it.

Moderate Democrats have largely declined to endorse manufacturing a liberal majority through court expansion (a.k.a. “court packing”) should voters give them the opportunity. But Joe Biden has argued that “the court system” is “out of whack” and vowed to empanel a bipartisan commission tasked with producing recommendations for reforming the federal judiciary. The editorial board of Bloomberg.com (an eponymous publication of the Democratic Party’s biggest donor in recent cycles), meanwhile, argued Tuesday that “the Supreme Court needs reform” and expressed particular fondness for the following proposal: (snip through the 18 year term limits and then some yammering about a “party neutral court”, and we know what that actually means)

What’s more, theoretically, the nonpartisan approach could accomplish these things in a more durable way: If Democrats simply use their trifecta to engineer a liberal majority, there is no doubt the GOP will respond in kind the next time they secure unified federal power. By contrast, if Democrats implement a nonpartisan reform plan that’s plainly aimed at strengthening the Court’s legitimacy and independence from partisan politics, it’s at least possible that Republicans will have greater difficulty restoring a conservative majority as soon as they get the chance. To be sure, conservative media will ensure that the bulk of Republicans regard the formation of a “balanced court” as the death of the American Republic. And most GOP officeholders will be eager to avenge the “theft” of their 6-3 majority. But the mainstream media is likely to cover nonpartisan court reform much more positively than court packing.

In other words, this is repackaged court packing, putting it in a way that seems more palatable. Not that the Credentialed Media wouldn’t spin for the Dems in the first place

By adding four liberal justices to the Court shortly after taking power, a unified Democratic government would create the preconditions for a bipartisan settlement on the judiciary. Biden could specifically handpick justices who have publicly expressed their support for 18-year term limits or a “balanced court.” And if he wished to signal that court packing isn’t his goal but merely an expedient, Biden could have such justices publicly promise to resign upon the passage of nonpartisan reform. Regardless, the point is this: By manufacturing a 7-6 liberal majority, Biden could simultaneously guard against the threat of nonpartisan reform being struck down and potentially put Republicans in a position where they would be willing to negotiate. The latter is far from certain. In the immediate aftermath of court expansion, Republican obstructionism would doubtless hit a fever pitch. But after a year or two of a liberal majority dealing the Federalist Society major losses, the GOP might come crawling back to the table.

We’re sorry that so few Justices have died during Democratic Party presidencies, but, this is all just Excuse Making for packing the Court in order to get your way. They would have to pass legislation to do this, and it did not go well when FDR was president, and it won’t go well now. This is not “nonpartisan”, it’s strictly partisan. What do liberals do if things change and suddenly a Republican president is able to appoint more Conservatives to the court, changing the balance? The idea here, though, is to get the Progressive agenda enacted fast, with the Supreme Court siding with it in opposition to the Constitution.

With the Senate’s confirmation of Amy Coney Barrett to the Supreme Court, President Trump has cemented his legacy as the most important president in the modern era when it comes to shaping the judiciary. Whatever happens on Election Day, that legacy will remain — and it validates the votes of every conservative who, despite other misgivings, decided to support him. (snip)

That doesn’t mean they won’t try. Voters have a chance to stop them by preserving a Republican majority in the Senate. If history is our guide, Trump may have more Supreme Court appointments in a second term — and with them the opportunity to further preserve or even expand the court’s conservative majority. As for the 26 percent of Trump voters who backed him because of the Supreme Court, their decision has produced a court that will protect our freedoms for decades to come. Any other flaws in the Trump presidency pale by comparison.

And there it is: the Court should be the final arbiters of the Constitution and our Freedoms. A far left Court will be about eroding those Freedoms, with some help from John Roberts. That Progressive agenda is about government control of your life. How people have bought into actively asking government to take their money, freedom, liberty, and choice is beyond me, but, they have.