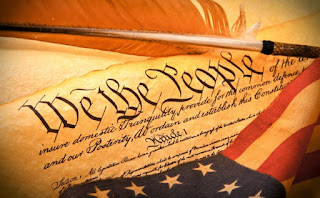 The Insurrection Act, put in play in 1807 while the Founding Fathers were largely still around, during the Jefferson presidency was passed to replace the Calling Forth Act of 1792, and the Militia Act of 1795.  The Founders realized that the President had no constitutional authority to put forces on American soil into play on his own, so Congress made law to allow such.  Two years after the Calling Forth Act, the Whiskey Rebellion provided a situation, and example, showing the need for such an executive power to exist.  The Insurrection Act, along with the other two pieces of legislation, adds to Article IV, Section 4 of the U.S. Constitution and Article I, Section 8.  In the former constitutional authority, with a request by the State, the federal government may deploy federal resources to quell insurrection within a State.  In the latter it takes Congress to call the state militia into the actual service of the U.S. Government.  Once called into the actual service of the United States, according to Article II. of the U.S. Constitution, the President then becomes Commander in Chief over the said militia.  The Insurrection Act allows the President in worst case scenarios to call forth forces himself, and place them in locations within a State without necessarily having the permission of the governor or state legislature, thanks to an amendment to the law in 1861, if the reason is “insurrection against the United States”.  Historians call the Insurrection Act an exception to posse comitatus of 1878 which limits the federal government on its use of federal law enforcement agencies on domestic soil.