Update (1705ET):Louisiana just joined Texas in the SCOTUS Motion against Georgia, Michigan, Pennsylvania and Wisconsin on the grounds that various changes to their voting rules or procedures – either through the courts or via executive actions – violated the Electors Clause of the Constitution because they did not go through the legislatures:

Attorney General Jeff Landry issued the following statement regarding the ongoing controversies over the 2020 federal election and the new motion put forward by the State of Texas before the U.S. Supreme Court:

“Millions of Louisiana citizens, and tens of millions of our fellow citizens in the country, have deep concerns regarding the conduct of the 2020 federal elections. Deeply rooted in these concerns is the fact that some states appear to have conducted their elections with a disregard to the U.S. Constitution. Furthermore, many Louisianans have become more frustrated as some in media and the political class try to sidestep legitimate issues for the sake of expediency.

Weeks ago, on behalf of the citizens of Louisiana, my office joined many other states in filing a legal brief with the United States Supreme Court urging the Justices to look into the conduct of the election in Pennsylvania where their state court ignored the U.S. Constitution in regard to the conduct of the election. The U.S. Constitution in Article 1, Section 4, states plainly:

The Latest: Biden congratulates Pelosi on speaker nomination, and other top stories in politics from November 19, 2020.

“The Times, Places and Manner of holding Elections for Senators and Representatives, shall be prescribed in each State by the Legislature …”

Only the U.S. Supreme Court can ultimately decide cases of real controversy among the states under our Constitution. That is why the Justices should hear and decide the case which we have joined representing the citizens of Louisiana.

Furthermore, the U.S. Supreme Court should consider the most recent Texas motion, which contains some of the same arguments.

Louisiana citizens are damaged if elections in other states were conducted outside the confines of the Constitution while we obeyed the rules.”

Update (1645ET): Just hours after the deadline for the petition’s deadline, The U.S. Supreme Court has rejected a request by Trump ally Mike Kelly, a Pennsylvania Republican, to nullify Joe Biden’s election victory in Pennsylvania.

Kelly argued that virtually all of the state’s mail-in ballots were unlawful.

The rebuff came without explanation and with no noted dissents.

NOTE - This case is different from the voter fraud lawsuit against PA, MI, and WI, that was filed by the state of Texas this morning…

Update (1515ET): Just twelve hours after it was filed, the US Supreme Court has officially put Texas’s lawsuit against Georgia, Michigan, Pennsylvania and Wisconsin on the docket, meaning the case will be heard.

Update (1006ET): The state of Pennsylvania has replied to the Texas lawsuit, arguing that it doesn’t actually address Act 77 – a 2019 statute which allows voters to cast mail-in ballots for any reason.

Pennsylvania also argues that Texas doesn’t articulate how ‘massive disenfranchisement’ of voters by tossing out the results of the election ‘would accord with the Due Process Clause, which requires the counting of votes cast in reasonable reliance on existing election rules,’ and that the case at hand wouldn’t result in a ‘circuit split’ – when two or more different circuit courts of appeals might rule differently on the same legal issue (and is one of the factors the Supreme Court uses when deciding to take cases).

PA is also arguing that Texas, or anyone, has had since 2019 to object to Act 77, which violates the ‘doctrine of laches.’

The state of Texas filed a lawsuit at the US Supreme Court against Georgia, Michigan, Pennsylvania and Wisconsin on the grounds that various changes to their voting rules or procedures – either through the courts or via executive actions – violated the Electors Clause of the Constitution because they did not go through the legislatures. 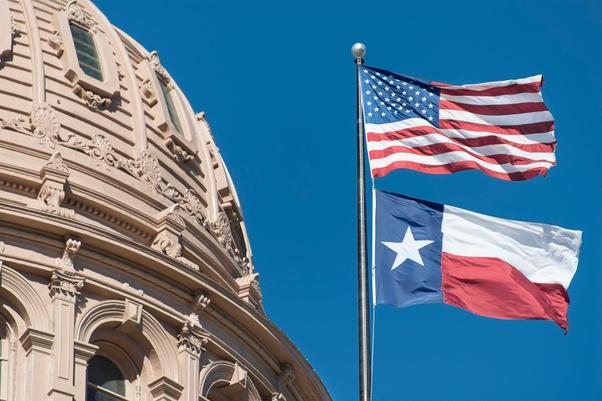 Texas also argues that differences in rules and procedures in different counties within the same state violates the Constitution’s Equal Protection Clause, and that “voting irregularities” occurred in these states as a result.

The lawsuit, filed shortly before midnight on Monday, asks the Supreme Court to allow their legislators to directly appoint electors, according to Breitbart.

Certain officials in the Defendant States presented the pandemic as the justification for ignoring state laws regarding absentee and mail-in voting. The Defendant States flooded their citizenry with tens of millions of ballot applications and ballots in derogation of statutory controls as to how they are lawfully received, evaluated, and counted. Whether well intentioned or not, these unconstitutional acts had the same uniform effect—they made the 2020 election less secure in the Defendant States. Those changes are inconsistent with relevant state laws and were made by non-legislative entities, without any consent by the state legislatures. The acts of these officials thus directly violated the Constitution.

This case presents a question of law: Did the Defendant States violate the Electors Clause by taking non-legislative actions to change the election rules that would govern the appointment of presidential electors? These non-legislative changes to the Defendant States’ election laws facilitated the casting and counting of ballots in violation of state law, which, in turn, violated the Electors Clause of Article II, Section 1, Clause 2 of the U.S. Constitution. By these unlawful acts, the Defendant States have not only tainted the integrity of their own citizens’ vote, but their actions have also debased the votes of citizens in Plaintiff State and other States that remained loyal to the Constitution.

Texas was able to approach the Supreme Court because Article III grants it status as the ‘court of first impression’ where it has original jurisdiction, such as when two states are in dispute, according to the report.