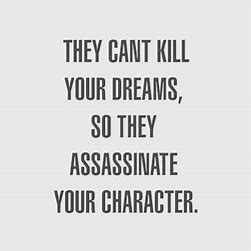 The betrayal by the judges, state and fecal, of their oaths, leaves small hope for a Constitutional resolution to this crisis.

That failing,  there remains only the Law of the Bayonet.
The evidence is clear, overwhelming, and in hand.  There is no doubt. Democrats cheated to steal the election, which is an act of treason.  There’s no clever legal maneuvering,  they have asked for what’s coming.  Baldly and boldly.  They know the price.
Trump is required and obliged to defend the Constitution and the Republic by his office and oath.  As President he has that duty, as Commander in Chief, he has that authority.  Sworn before God and the people, to see the law executed, his responsibility is inescapable.  If he resigned, the same duty, authority, and responsibility would devolve on Pence.  If they BOTH resigned, you’d get Pelosi which no one wants.
Be prepared to see troops in the streets, tanks in the plaza.  There will likely be gunfire in some locations.  America is not Mexico or Argentina, we are not accustomed to these things.  Make up your ‘Blow Out’ kit, of essential First Aid supplies, and carry it with you.
You can hear artillery shells and mortar bombs – you’ll never hear the one that got you, however.
Anywhere near the scene of action will be hazardous.  Shells have a large radius of effect, splinters can fly far and fast.  Bullets scatter chips of concrete or stone round about the landscape.  Don’t stand there trying to get the pic on your phone.  Do not stand upon your dignity.  Mr Shell neither knows nor cares who you are or what position you hold.
~~4Branch