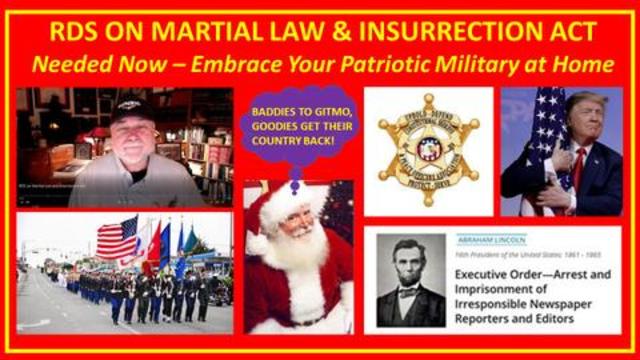 Military Times: How the president could invoke martial law

RDS: Wikipedia misses  the most important long-standing exception to the Posse Comitatus Act, the US Marine Corps. From guarding the mails to defending the President, they are “the President’s own” and can be employed domestically without regard to either Martial Law or the Insurrection Act.

We are not left to conjecture how the moneyed power, thus organized, and with such a weapon in its hands, would be likely to use it. The distress and alarm which pervaded and agitated the whole country, when the Rank of the United States waged war upon the people in order to compel them to submit to their demands, cannot yet be forgotten. The ruthless and unsparing temper with which whole cities and communities were oppressed, individuals impoverished and ruined, a scene of cheerful prosperity suddenly changed into one of gloom and despondency,ought to be indelibly impressed on the memory of the people of the United States. If such was its power in a time of peace, what would it not have been in a season of war, with an enemy at your doors? No nation but the freeman of the United States could have come out victorious from such contest; yet, if you had not conquered, the Government would have passed from the hands of the many to the hands of the few; and this organized money power, from its secret conclave, would have dictated the choice of your highest officers, and compelled you to make peace or war, as best suited their own wishes. The form of your Government might, for a time, have remained, but its living spirit would have departed from it.” (Andrew Jackson)