Would this mean that Joe, Chuck, and the rest of the unhinged climate cultists in the US government would be forced to practice what they preach? 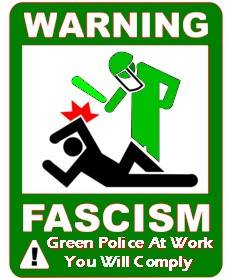 Senate Majority Leader Charles Schumer (D-N.Y.) said on Monday night that President Biden should consider declaring an emergency when it comes to the climate.

“It might be a good idea for President Biden to call a climate emergency,” Schumer told MSNBC’s Rachel Maddow.

Schumer appeared to be referencing Biden making a national emergency declaration, with the Senate leader noting that former President Trump used it for the border wall.

“He can do many, many things under the emergency powers … that he could do without legislation,” Schumer added about what authority Biden would have if he used his emergency powers.

“Trump used this emergency for a stupid wall, which wasn’t an emergency. But if there ever was an emergency, climate is one,” Schumer added.

The wall was authorized by numerous duly passed pieces of legislation signed into law by previous presidents. Under what authority given by the Constitution and/or Legislative Branch would Joe be able to do this? Rachel didn’t ask, and you can bet almost no reporter will ask

Declaring a national emergency would give Biden more leeway on combating climate change, including being able to direct additional funding.

In other words, it will give Los Federales more power over the private sector, including you. Meanwhile, these same climate cultists like Chuck and Joe will continue to travel around in fossil fueled vehicles and planes, use lots and lots of electricity, and just be climahypocrites.

Though legislation typically needs 60 votes to clear the Senate, Schumer told MSNBC that Democrats were also studying ways that they could include climate change legislation and parts of Biden’s Build Back Better plan under reconciliation.

The budget tactic allows some spending-related bills to pass the Senate with only a simple majority. But Democrats are limited in how frequently they could use it.

Schumer noted that the first reconciliation bill was likely to go toward coronavirus relief because Democrats want to move quickly and Biden’s $1.9 trillion relief proposal has gotten GOP pushback.