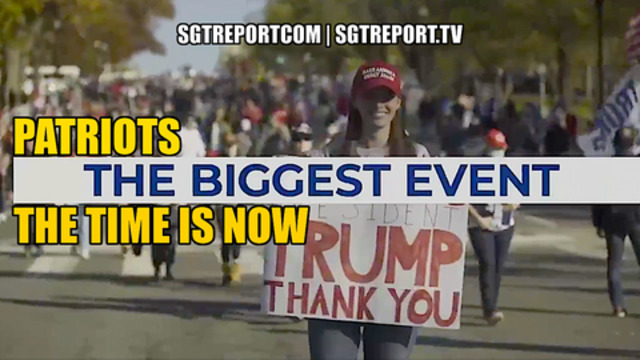 Charlene Bollinger the founder of MAGA Freedom Rally DC joins me to discuss the next steps to SAVE OUR REPUBLIC, and YOU are instrumental to this plan. God bless the Patriots and truth tellers.

Jan 6th, Trump hands over the Government saying, “Americans need to see the truth, Americans, you won’t believe it unless they see it with your own eyes”! With that, Biden assumes the Presidency, implements forced vaccinations of the populace, takes away all guns, property rights and destroys America while he lives in luxury with his goonies. The end or just another beginning?

Unfortunately the amount of fraud being exposed makes no difference as the courts especially the Supreme Court want nothing to do with it as Barrett and Kavanaugh has already stabbed Trump and the country in the back. Not only the democrats but the republic establishment want Trump out because he is an outsider and they want things to go back to normal. Most of the governors, Attorney Generals in those contested states along with the DOJ and state legislators are all against Trump. The legislators in those states could have and should have voted to decertify the Biden electors and vote to certify Trump electors and then send them and the election would have been over but none of them did this. They simply sent alternates which is meaningless as Pence will deny the few motion to object and then count only the Certified Electors hence Biden wins. They all were just going thru the motion giving the Trump supporters the illusion that something was being done but in reality it was not.
Pence is a former member of Congress and one of “them” and he is also deep state with ties to the Papa Bush cartel and if anyone thinks he is going to go against his “own” your are living in an alternate universe. He will betray Trump and the country and that is a fact and not hopium as many people are pushing on the net.
Sidney Powell was named as an attorney working for the WH staff and she said now she is being blocked by the WH, Trump will not return her calls, his WH attorney’s all part of the swamp have taken over and she cannot even get access to the WH or President. She also said that the only hope to restore the Republic is for Trump to sign an executive order and confiscate all machines and software in the contested states and then have the military conduct re-elections without calling any Marshal Law. She said it appears Trump is being told to do nothing which is a huge mistake. As explained the legislators actually did nothing along with the courts and DOJ and as Patrick Byrne has said at the last meeting his whole WH attorney’s all want him to succeed the election which ended up in yelling match.
Trump has also lost control of the military which is why he moved “special forces” from Pentagon control to civilian control as this is all he has left in government. The military is already making moves against Iran and they are going to be unleashed against both China and Russia and all the news you see and hear about the three is actually for conditioning the people for war as they actually believe they can win a nuclear war with “acceptable casualties”. Why did the military betray Trump and why with these three? The World Economic Forum’s Great Reset, New Green Communist World Order and one world government thru the UN entails destroying the economies of the planet, destroying fossil fuels then after devastating the populations economically, financial and psychologically with massive job losses and business closures they roll out the Great Reset and own everything but a few big boxed stores and some on lines. China, Russia, Iran, etc, refuse to follow this agenda and destroy their populations and fossil fuels as they are dependent on them as users or producers and certainly not a one world government by the UN. They all see the Green Agenda, Paris Climate Accord and the WEF and UN as a way not only to cap their growth but to destroy it and want no part. The WEF cannot have their Great Reset, one world government and Green Utopia if a large part of the planet is not bending the knee hence they had to remove Trump at all costs hence the election fraud in your face and nothing done as sovereignty of the US will be transferred to the UN when Biden is sworn and implementing the WEF Agenda 2030 with control of the military and its nukes to the UN which the Pentagon was promised when the US falls and the other countries around the planet do not fall into line they would be unleashed hence the Trump betrayal. They are going to use Climate Change as cover just as they used covid as cover to steal the election and using lockdowns to destroy the US and remove it superpower status. Read below
‘John
Kerry’s Think Tank Calls for War With Russia Over Climate Change’