I’m sure it will be totally bipartisan, right? Joe might pick off a few Republicans like Lindsay Graham, but, Americans are still suffering with being out of a job, having their business closed, working shorter hours, not able to do their full jobs because of lockdown, and so forth. So, perfect timing to trot out an amnesty plan, right? Als0, BTW, notice that with a Democrat in the White House the headlines tend to be “White House announces” rather than “Trump says” or something similar 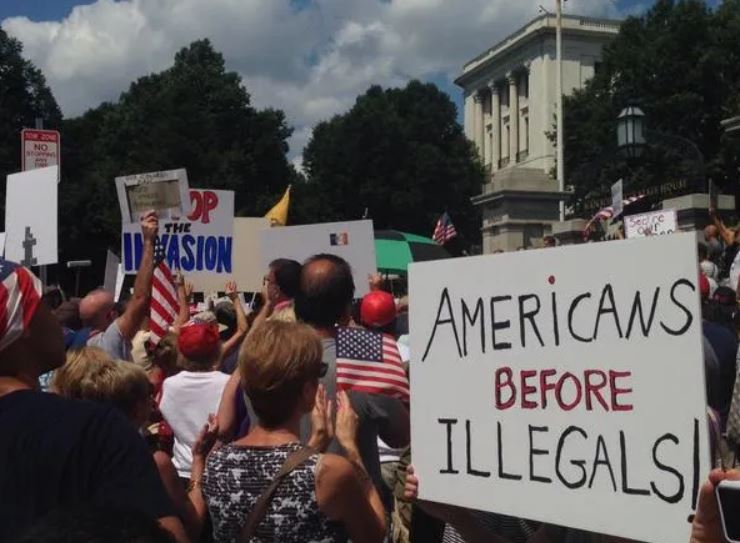 The White House announced a sweeping immigration bill Thursday that would create an eight-year path to citizenship for millions of immigrants already in the country and provide a faster track for undocumented immigrants brought to the US as children.

The legislation faces an uphill climb in a narrowly divided Congress, where House Speaker Nancy Pelosi has just a five-vote margin and Senate Democrats do not have the 60 Democratic votes needed to pass the measure with just their party’s support.

Administration officials argued Wednesday evening that the legislation was an attempt by President Joe Biden to restart a conversation on overhauling the US immigration system and said he remained open to negotiating.

“He was in the Senate for 36 years, and he is the first to tell you the legislative process can look different on the other end than where it starts,” one administration official said in a call with reporters, adding that Biden would be “willing to work with Congress.”

Do we really need this conversation at this point? With COVID and the fallout from it and lockdowns still raging? Perhaps if Joe wasn’t going super soft on the border and on deporting illegal aliens, including criminal ones. What conversation does Joe want? He did little during his 36 years in Congress other than push for amnesty, same when his was Vice President.

Interestingly, there are really no quotes from China Joe. The White House is announcing “major legislation” and not one word from him? Strange

Here’s what the bill, titled the US Citizenship Act of 2021, includes:

The legislation goes further than the last effort in 2013 by cutting the time to acquire citizenship to eight years instead of 13, according to an administration official.

First, individuals would be in a temporary status for five years, with three years until they get citizenship, amounting to an eight-year path.

There’s an exception for undocumented immigrants who came to the US as children, who fall under a form of humanitarian relief known as Temporary Protected Status or who are farmworkers. Those individuals can go directly to green cards if they meet requirements, including passing background checks.

To be eligible for the bill’s legalization plan, immigrants must have been in the country before January 1, 2021.

They supposedly need to pass criminal and national security background checks and pay their taxes, then be able to demonstrate knowledge of English and US civics (which probably means being able to ask “do you have anyone who speaks Spanish” in English and knowing which party they’re supposed to vote for) to apply for citizenship. How’d that criminal thing work out with Obama’s DACA, where lots and lots were serious law breakers?

From the “fact sheet” linked above, which is not a plan, “the bill further recognizes America as a nation of immigrants by changing the word “alien” to “noncitizen” in our immigration laws.” Hell no. They’re aliens. Foreigners. Not “noncitizens”. It would also clear backlogs and massively increase the number of legal immigrants, along with forgiving illegals who were previously deported. And, from the fact sheet

Keep families together. The bill reforms the family-based immigration system by clearing backlogs, recapturing unused visas, eliminating lengthy wait times, and increasing per-country visa caps. It also eliminates the so-called “3 and 10-year bars,” and other provisions that keep families apart. The bill further supports familes by more explicitly including permanent partnerships and eliminating discrimination facing LGBTQ+ families. It also provides protections for orphans, widows, children, and Filipino veterans who fought alongside the United States in World War II. Lastly, the bill allows immigrants with approved family-sponsorship petitions to join family in the United States on a temporary basis while they wait for green cards to become available.

Bringing in tons of foreigners with few job skills, eh? This is what I wrote back in September 2017 regarding DACA kids

BUT, if we aren’t going to lay the “sins” of the parent(s) on the children, we are going to lay them on the parent(s). In order to obtain DACA status, the parent(s) must self deport, and provide proof at an immigration checkpoint as they leave. They are not allowed back in the United States for 2 years, and then only for a short visit. If they are caught residing in the U.S., or attempting to enter the country illegally, the children will have their DACA status ended and will be deported. After 12 years, they would be allowed to apply for temporary resident status, conditioned on speaking English and having good moral character. This seems fair. The parents broke our laws.

If you don’t agree with punishing the parents, then you’re simply using DACA to create a backdoor amnesty for all.

Someone has to pay for that sin. Why would we reward the parents?

The fact sheet also yammers about growing our economy. How about getting Americans back to work first before hooking up illegals and people who over-stayed their visas?