Joe’s townhall went just like you’d expect, with him getting all softballs 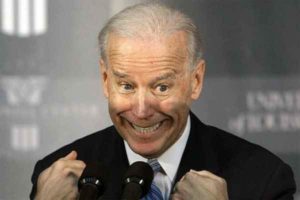 While much of the program was focused on Biden’s handling of the coronavirus pandemic going forward, CNN anchor Anderson Cooper grilled the president on whether he agreed with House Speaker Nancy Pelosi, D-Calif, that Senate Republicans who voted to acquit former President Trump in his impeachment trial were “cowards” and whether he would allow his Department of Justice to investigate his predecessor. (snip)

Cooper did, however, dedicatee the last several minutes of the town hall to ask Biden “what’s it like” to live in the White House.”

“Was it different than you expected it to be in some ways?” he asked at one point.

And during one part about COVID? (video at link)

Biden: We Didn’t Have the Vaccine When We Came into Office

President Joe Biden said during a CNN town hall on Tuesday that when he came into office, they “didn’t have” the coronavirus vaccine.

Biden made the statement despite health care workers receiving the first doses in mid-December 2020, well over a month before he was sworn in.

Biden said, “There’s just not all of a sudden 600 million doses are going to appear. What’s going to happen is it’s going to continue to increase as we move along, and we’ll have reached 400 million by the end of May and 600 million by the end of July. The biggest thing, though, as you remember, when you and I— I shouldn’t say it that way as you remember— when you and I talked last we talked about, it’s one thing to have the vaccine, which we didn’t have when we came into office, but a vaccinator. How do you get the vaccine into someone’s arm?”

Well, I think you use medical needles. You know, like you find all over Democratic Party run cities like San Francisco, except, we use them to deliver the vaccine developed under President Trump’s Operation Warp Speed, which Joe and the rest of the Dems said would never happen. Seriously, this guy has made some whopper gaffes in the past, this just seems delusional. Like he has a mental degradation issue.

Perhaps he meant to say before he was elected, but, that really doesn’t put to bed his obvious mental decline, because he’d surely backtrack. But, the vaccines were announced just before election day.