Well, of course they are, this is what they do

Democratic bill would create public registry of gun owners, their guns, and where they keep them 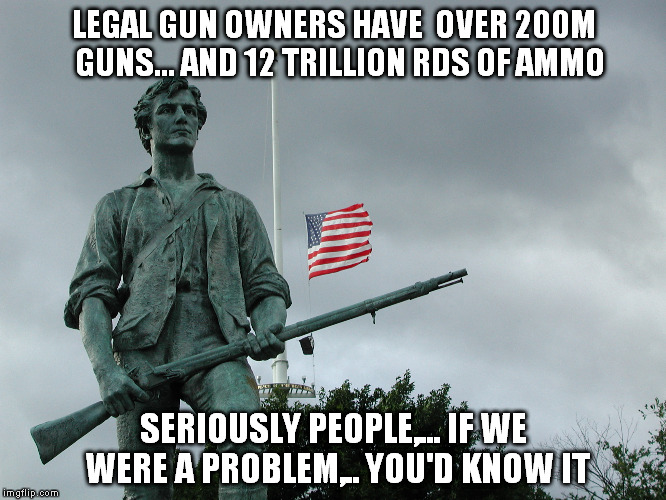 A Democratic bill introduced in the House of Representatives this year aims to create a mandatory and publicly accessible registry listing the names of gun owners, how many guns they have, and even where they keep their firearms.

Additionally, the bill, H.R. 127, would ban several types of commonly used ammunition .50 caliber or greater, require gun owners to purchase firearm insurance costing $800 per year, and force those seeking to buy a gun to complete a psychological evaluation and a government training course prior to the purchase.

Sponsored by Democratic Rep. Sheila Jackson Lee (Texas), the bill is one of the most aggressive attempts yet by progressive lawmakers to curb Americans’ Second Amendment rights and is already drawing intense scrutiny from gun rights groups.

Insurance? That would make owning a firearm much more expensive, and, for some, make it unaffordable. Psychological evaluation? You can bet most would fail in Democratic Party run areas. Government training? I’m not again it, but, I don’t remember any of this in the 2nd Amendment, and it would all certainly be struck down by the Supreme Court as violating rights. Not that it would make it through the Senate. Not unless Democrats want to kill off the filibuster.

Speaking with the Washington Times, the leaders of several retired police officer groups also slammed the bill as a brazen attempt to curtail Second Amendment rights — and a hazardous one at that. Under the legislation, retired officers would not be exempt from the public registry.

“This is very dangerous, especially for retirees,” Kevin Hassett, president of the New York’s Retired Police Association, told the outlet. “Things have gone so downhill with this level of hostility towards cops and we are out there with the label that we are no longer cops. Retired cops don’t have partners or backup. We are out there on our own.”

Democrats want to make owning a firearm very difficult for every citizen (yet, aren’t willing to give up their own armed protection).

While the bill has a long way to go before becoming law — it has no co-sponsors and has yet to be scheduled for a committee hearing — its mere introduction demonstrates the confidence of anti-gun lawmakers under the Biden administration and in a Democratic Party-controlled Congress.

“H.R. 127 is so outrageous, persecutory, and unworkable that its main function is simply to display the hostility of its author and supporters toward firearms, those who own them, and those who want to own them,” the NRA added in its blistering writeup.

What they’ll do is water it down slightly, get one idiot Republican on board, and call it bipartisan. Then they’ll hide what it really does and call anyone who is against it a racist and supporter of domestic terrorism, that they hate kids.