Meanwhile in Wuhan the little people, held captive of the Communist Chinese Anti-Freedom and Information League, pause to remember a true hero:

A year after his death from COVID-19, residents in the Chinese city of Wuhan say they remain grateful to the “whistleblower” doctor who first sounded the alarm about the outbreak before the authorities officially admitted to the second outbreak of a SARS virus. 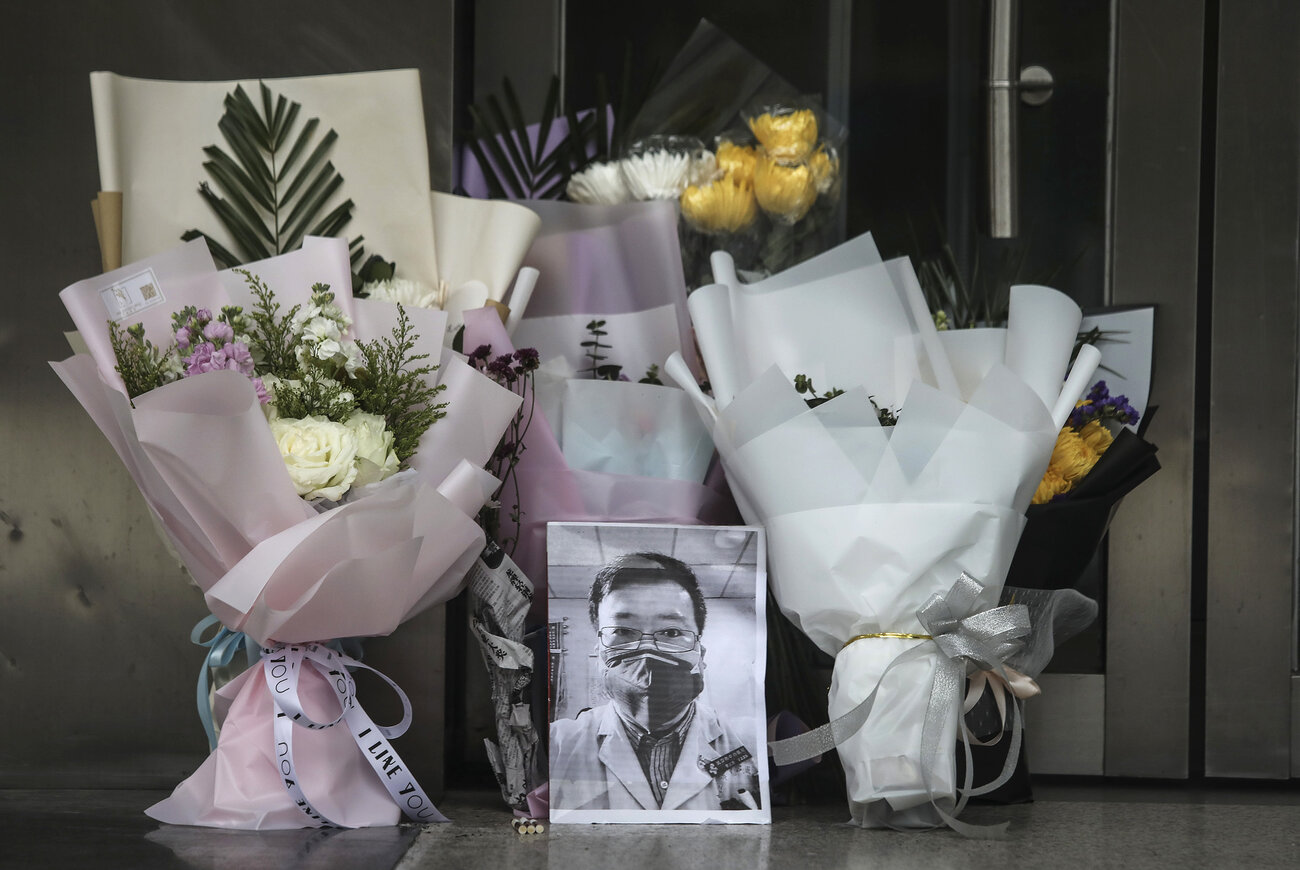 Li Wenliang, an ophthalmologist at a hospital in the city, became one of the most visible figures in the early days of the outbreak in Wuhan when he tried to sound the alarm about its appearance but was reprimanded by the police for “spreading rumours.”

He was commanded by police to “stop making false comments,” investigated for the spreading of rumors, and forced to post a public apology. The “false comments” and “rumors”  Dr. Li was accused of spreading were in fact a message he sent to colleagues warning  of a mysterious viral pneumonia-like illness he thought looked like Sars, another deadly coronavirus.

But in China, Rather like America today, no good dead goes unpunished if you happen to be on the wrong side of the ruling class’ view of things.

“What can you do about the Trumpites next door?” Those domestic terrorists who clear your mountain Pandemic Get-away driveway – without even asking!?!

Do bear all of this in mind the next time you hear one of your government overlords accuse you of spreading “dangerous” “debunked claims” about such things as election fraud.

When Li died, millions of internet users posted the phrase 不能 or 不明白: “I don’t understand.” They asked: “Why do we ignore those who speak the truth?”

The answer is both simple and chilling: because truth, and the people who speak it, are a threat to the State’s complete power to control. Because your freedom is no longer even one generation away from extinction. The crisis of freedom is acute, the struggle is frightfully real and the fight is immediate.

“Freedom is never more than one generation away from extinction. We didn’t pass it to our children in the bloodstream. It must be fought for, protected, and handed on for them to do the same, or one day we will spend our sunset years telling our children and our children’s children what it was once like in the United States where men were free.”

God bless you President Reagan, 不能 or 不明白. I do not understand why we ignore those who speak the truth. And I pray that we aren’t the ones telling our children’s children about what it was once like living in the greatest country on earth, where men were once free…and you didn’t have to add “and women” because everyone knew that in this context “men” was generic, and nobody was triggered by it.