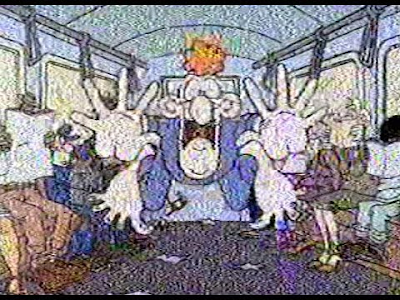 It’s now a familiar story. A quiet day in Rome. Then, suddenly, a Somali guy gets on a tram yelling, “Allah Akhbar” and threatening passengers with an iron bar. Police are called and the Somali is taken into custody and found to be in possession of stolen documents. The below article from Il Messaggero is translated by Fousesquawk.

Rome: Threatens passengers on tram with bar. Witnesses: “He was shouting Allah Akhbar”

Shouting, “Allah Akhbar” and threatening passengers on the tram. It happened this morning at Piazza Vittorio, a few steps from the Terminal Station. With his face covered, a 23-year-old of Somalian origin terrorized those present with an extinguisher and an iron bar, which he had in his hand.

The call to 112 came in the morning. Police from the Esquilino and Viminale police stations intervened immediately. In the tram, they discovered the man and told him to uncover his face. But he refused. When the police managed to block him, they seized everything. The extinguisher, iron bar, and the garment used to cover his face. Then they searched him and found more. Stolen documents belonging to other persons.

The Somali was already known to police

It was not the first time that the young man has come into contact with the police, given that he had already been stopped in the past. Now, on the other hand,  he will have to answer for various crimes. He has been arrested for aggravated threats, receiving stolen property, interrupting public service and carrying an illegal weapon.

Meanwhile, off the coast of Sicily, new arrivals, crowbars and all, are being brought in by NGO “rescue ships”.