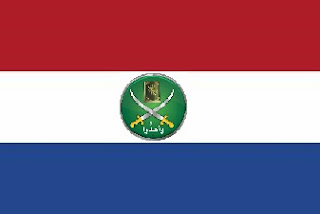 Here is another in our series of translations from European articles on the activities of the Muslim Brotherhood in Europe. This is also the 5th such translation from the Netherlands. The story concerns Kauthar Bouchallikht, a female candidate for the Dutch Parliament with the Green-Left party. As has been previously reported, Bouchallikht has documented ties to the Muslim Brotherhood.

The below article is posted on Dagelijkse Standaard and based on an article by Dutch journalist/investigator, Carel Brendel, in his own blog, Carel Brendel.nl 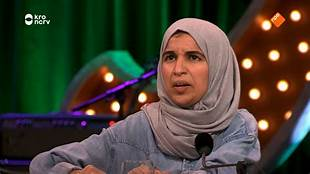 Caption under photo: Kauthar Bouchallikht at the announcement of the GL election list

While Jesse Klaver and Green-Left Party continue to firmly deny that candidate-Member of Chamber Kauthar Bouchallikht belonged to an unsavory club, more trash is found. Green-Left-and radical tracker, Carel Brendel, has come up with another remarkable discovery: Bouchallikht attended several media training (sessions) with a club that is connected to the Muslim Brotherhood.

Again, Green-Left seems to want to burn its fingers with the not-so-clean background of Kauthar Bouchallikht, number 9 on the party’s candidate list. Journalist Carel Brendel has found new evidence that her old club, FEMSYO, and her past are a lot grimmer than she herself argues.

On social media and through the Green-Left, Bouchallikht continues to be put forward as a brave climate rebel, but her past with an extremist, Islamist umbrella group, FEMSYO, remains controversial. Only the top of the party has a gigantic plate on their head and they swear that criticism of the woman is racism, or hatred of women, or Islamophobia. Brendel then asks the following question:

“All in all, Bouchallikht was more active in the youth movement of the Muslim Brotherhood than (previously) thought.  It remains a puzzle that-even though she grew up in this environment- as vice-chairwoman of FEMSYO, she never noticed any of their involvement. Growing up in this circle, of course, doesn’t mean that one is a prisoner of certain beliefs, but so far, the voter has not learned how she has freed herself. The most important questions in this case, moreover, are not about her,  but about Jesse Klaver and the party leadership of Green-Left.  Why isn’t FEMSYO in her party biography? Has Green-Left investigated what FEMSYO stands for? Why did Green-Left blindly take the FEMSYO (position) that it is all the fault of extreme-right bloggers?”

Brendel rightly asks these questions because how can it be that the Green-Left party, time after time, dismisses this issue as a right-wing smear? The evidence clearly shows that FEMSYO is a club with dubious and radical links; as a serious party, do you really want to be associated with this?

How long can the Green (apologists) insist that it’s all about right-wing smears? It is quite clear that FEMSYO is just wrong. So, Klaver, finally take your responsibility and throw the hardcore Islamist Bouchallikht off the election list!