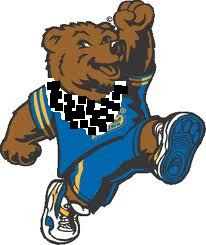 “AMCHA Initiative Director Tammi Rossman-Benjamin similarly said in a statement to the Journal, “Consistent with their relentless campaign of anti-Jewish harassment, intimidation and bullying, SJP [Students for Justice in Palestine] and their fellow travelers are, once again, trying to prevent Jewish and pro-Israel students from expressing their identity and views and fully participating in campus life. This is a blatant violation of the Regents Principles Against Intolerance, which explicitly prohibit behavior that interferes with the ability of an individual or group to assemble, speak and share or hear the opinions of others.” Rossman-Benjamin was among those spearheading the campaign to get the UC Regents to adopt the Principles Against Intolerance.”

Looks like the little rascals at UCLA are up to their usual tricks. Now the student government, at the instigation of the campus’s worst instigators, Students for Justice in Palestine, have passed a resolution (yawn) accusing Israel of “ethnic cleansing”.

Of course, you will never hear about the ethnic cleansing of Jews who were driven from Arab countries  (Estimates range in the hundreds of thousands) in 1948.

Nor will you hear about the ethnic cleansing carried out a couple of years back by ISIS when they murdered Yazidis and Christians and or drove them from their homes. Whatever happened to the Christians of Mosul, Iraq? They fell victim to ethnic cleansing, but you will never hear SJP talk about that.

Nor will you hear them talk about the Coptic Christians in neighboring Egypt, who have been persecuted, raped, forced to convert to Islam, and see their churches burned to the ground. It is all hypocrisy and Jew-hatred disguised cleverly as human rights.

Personally, I think every donor who has been giving money to UCLA should cease immediately.