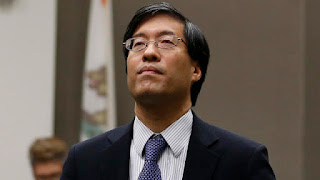 In a recent Op-Ed piece in Jeff Bezos’ Liberal rag The Washington Post, California State Senator Richard Pan, declared that people who aren’t being vaccinated with an experimental gene therapy, to be labeled as Domestic Terrorists.

This liberal Senator is nothing to be joked about, he single handedly signed into law in 2015 SB277 which removed all religious exemptions for childhood vaccines, despite objections from lawyers, doctors, and educators. It seems that “my body my choice” can only be used when talking about abortion.

People that refuse experimental gene therapy that hasn’t even been approved by the FDA are now lumped into the same category as White Supremacists, Trump Supporters, and spouses who beat each other. Domestic Terrorism is an ugly term and used since Big Tech, the media, and Social Media has started using it last year.

“Domestic Terrorism” and “Racism” are now being used interchangeably. There is NO defense for either accusation and the left knows it, once labeled you might as well have the number 666 tattooed into your forehead.

This Senator Richard Pan has long been in the pocket of Big Pharma read more here.

As time progresses the left is systematically removing all chance for dissent to their narrative of Big Pharma is good and you don’t know what you are talking about. They want you to accept the fact that the “vaccine” (and I use that word loosely) because its nanotechnology gene therapy that has never been used before, is safe because Dr Fauci said it is.

Final data and approval won’t be available into at least 2023. With that being said, the people submitting themselves to a stage 4 trial Americans are being asked to accept the liability of Pharmaceutical Companies, because they won’t!

Let it be known that I’m NOT an antivaxer, I got my annual flu vaccine also anti-pneumonia vaccine, and plan to get the shingles vaccine. But let it be known the Covid vaccine is NOTHING even closely related to any of those vaccines, and we need to be given the choice without calling us names or forcing us to get experimental drugs.