Why do the climate cultists not want black people in Africa to have the same rise in living conditions from fossil fuels that privileged, white liberals have had in the 1st World?

A Canadian oil firm thinks it has struck big. Some fear it could ravage a climate change hotspot 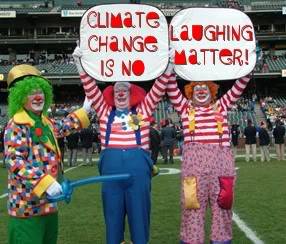 Syringa trees rise out of the Kalahari sand in the wild expanse of Kavango East, as the humid heat warns of afternoon showers. It’s easy to imagine this place has looked the same for a hundred years.

Except, that is, for the road. Recently widened, graded and ramrod straight, new roads like this mean change is coming.

Carved out of the trees and surrounded by a chain-link fence, that change comes as a shock: a giant oil rig towers above these flat lands, dwarfing the trees.

In this northeastern corner of Namibia, on the borders of Angola and Botswana, a Canadian oil company called ReconAfrica has secured the rights to explore what it believes could be the next — and perhaps even the last — giant onshore oil find.

The find — potentially containing 12 billion barrels of oil — could be worth billions of dollars. And some experts believe the oil reserves here could be even bigger.

And the profits would enrich the people there. It would mean more electricity, better cooking and food conditions, better healthcare, and so much more. White Warmists aren’t happy

Unlike neighboring Angola, Namibia doesn’t have an oil industry of its own to speak of — so far. Yet it is already being hammered by the world’s dependency on fossil fuels.

“Southern Namibia already has twice the global rate of warming. In northern Namibia it is a staggering 3.6 degrees Celsius per century,” said Francois Engelbrecht, a professor at the University of Witwatersrand in South Africa, and a lead author on the 2018 Intergovernmental Panel on Climate Change report.

Strange how everywhere always seems to be twice the rate, eh?

But as the climate warms, those dry spells will become more frequent in the summer months, Engelbrecht said. The change in weather patterns and the corresponding increase in heat will create an even hotter and drier climate. It could destroy the way of life of the people who live here.

Uh huh. But, the fossil fuels probably will, since the money from them and the energy will enrich the nations and increase their welfare out of a 3rd world nation. Climate cultists hate when black people are able to not be living in un-powered huts cooking with dung.

Meanwhile, most of these rich, white, privileged liberals won’t give up their own use of fossil fuels.