This is a new one, but, then since the Cult of Climastrology is always dragging more and more stuff into their doomsday ideology, it should be expected, and the timing is interesting after that huge Chinese piece of space crap crashed the other day

Space junk could be made worse by increasing climate change 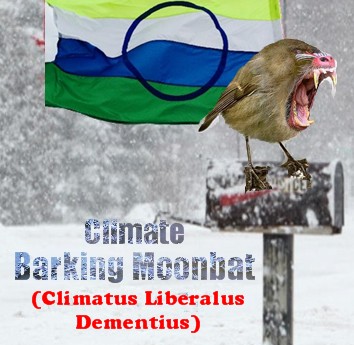 There are more than 160 million pieces of ‘space junk’ floating in Earth’s orbit, with the number continuing to rise. Space junk, which can include debris from defunct satellites and pieces of rockets, is proving to be an increasingly prominent problem. Furthermore, with pieces of space junk travelling at average speeds of 16,777 mph (27,000kmh), even the smallest pieces of debris, including chips of paint, could prove extremely problematic.

Researchers have now said that climate change could be making the situation worse.

Space junk is designed to burn up in the density of the upper atmosphere.

However, rising CO2 levels in the upper atmosphere is causing its density to drop.

Ultimately, the lower atmosphere then has less of a pull to draw pieces of space junk in.

This then leads to fewer objects returning to Earth and burning up in the atmosphere and it stays clogged up in orbit.

A report from the European Space Agency last month said the amount of space junk in orbit could increase by a factor of 50 by 2100.

So, of course this is being touted by The Weather Cult Channel, The NY Cult Times, Cult Futurism, Cult Gizmodo, and so many more. None of whom mention how the the business nor the employees have given up their own use of fossil fuels and gone Net Zero. That’s for Other People to be forced to do. The cult always needs to move the scaremongering forward in order to get the Government to force compliance.