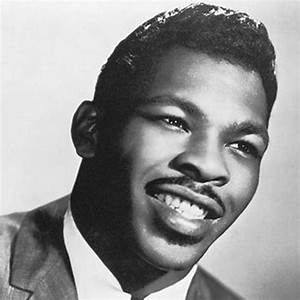 It seems like just a couple of months ago that I discovered that Lloyd Price, one of the great rock and roll singers of the 1950s, was still alive. Having grown up with rock and roll, I thought back to a time when I saw him perform on television, and I resolved that when he died, I would write this piece in his honor and memory. Today we learn of his passing. So here goes.

I am not going to mention the show or the host who was involved. The host, who is now deceased, never had a reputation for being racist, and I have no reason to believe he was, rather I believe he was just going along with the unwritten rules of that era when it came to race. It was probably a decision made by his superiors, I just don’t know. This was the late 1950s.

In this particular show, the theme of the show was a Hawaiin beach luau. After each of the performers came out and (lip-synced) their hit, they would join the host for the luau. Price was the only black performer, and after he did his piece, the host came over to him, shook his hand, and said, “See you after the show.” Price then left the stage.

The linked article from Fox News reporting his death mentions that inwardly, Price was angry about racism, and he had good reason to be. I was about 12 when that show came on, but even then, I caught on to his exclusion from the luau. I have never forgotten it. Some of you who are old enough may recall it too.

Rest in peace, Mr Price, and I regret that you had to endure what you did.