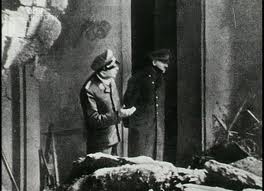 It’s been a bad last few weeks in France.

On April 14, the French Supreme Court upheld the decision of a trial court that the man who, in 2017,  broke into the apartment of Sarah Halimi, a Jewish woman in her 60s, beat her, tortured her, and threw her to her death from a  balcony while screaming, “Allahu akbar” was not responsible for his crime because he had been smoking marijuana. The case and the judgment of the courts have shocked the nation.

On April 21, 20 retired French generals wrote an open letter to President Macron and members of the French parliament urging them to take control of the situation in France vis-a-vis radical Islam, out-of-control immigration, and rampant crime implying that civil war was just around the corner. The letter shocked the nation, including Macron, who dismissed it.

On April 23, in Rambouillet, near Paris, a Tunisian man followed a female police employee into police headquarters and slashed her to death before other officers could shoot and kill him. The event has left the country in shock.

On May 4, outside Bordeaux, an Algerian man shot his estranged wife, then set her on fire on the street where they lived. She died of her injuries, and the man was arrested some distance away. The event left the nation in shock.

On May 5, in Avignon, a French drug policeman was shot and killed by a trafficker/gang member during a raid. Four suspects are in custody, possibly including the alleged shooter.  The event has left the country in shock.

On May 8, in Gabelle a Frejus (Var), there was a riot with immigrant youths throwing stones at cops and burning cars. The riot made front-page news, but, in truth, nobody was shocked.

Of all the Western European countries that are dealing with mass migration and Islamist violence, France is probably the worst. In addition to the above, the country has been dealing with church burnings, attacks on Jews, and police while the nation’s leaders don’t seem to have a clue. In some quarters, there is even talk of a military coup-in Western Europe, of all places.

While I am not advocating a military coup in France or anywhere else in Europe, the situation is increasingly calling for drastic measures. It would be great to see this massive problem solved through democratic means. That would entail, in the course of France, electing Marine Le Pen to the presidency. France, like other Western European countries, needs to shut down its borders, deport illegal migrants, as well as legal immigrants who are stirring up trouble or engaging in crime. Criminal penalties need to be increased and deportations of convicted criminals back to their countries of origin should be enforced. In truth, there is nothing inhumane about keeping out or returning jihadists or criminals back to their home countries. If countries like Morocco will not cooperate by accepting deported nationals back to their territories, then there should be a cutoff of diplomatic relations and foreign aid.

France just may be the country to watch if this wave of migration from the Middle East and Africa continues. People are now talking about civil war or even a military coup. Had the leaders of France and other Western European countries not allowed this madness to fester and grow-especially since 2015- nobody would be thinking about such extreme measures. Yet they refuse to follow the lead of the Eastern European members of the EU, who see the folly and refuse to allow waves of fortune-seekers from mostly Islamic countries into their lands. Common sense.

Which the EU in general lacks. They support more and more migration into their countries notwithstanding the lack of assimilation, crime, and Islamic terrorism that comes with it. Safe streets used to be a hallmark of Post-war Europe. No longer.

If civil war comes to European streets, I won’t be wringing my hands. It will be a case of the chickens coming home to roost. The time for Europe’s leaders to fix this through legal and peaceful means is getting short. Other than that, it is either fight or surrender. And I pray it is not surrender.