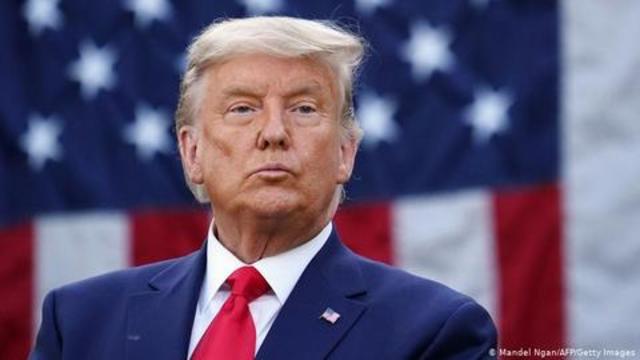 The FBI recently raided the homes of two men who sponsored an invective-laced rally near the US Capitol a day before the deadly insurrection, the first known search warrants involving people who organized and spoke at rallies preceding the attack.

CNN learned of the raids through an eyewitness account, public records, a lawyer representing one of the rally organizers and an FBI spokeswoman who confirmed details of the searches.

Neither man has been charged with any crimes.

Footage of the rally shows the men spewing militant vitriol: Hostetter told the crowd to prepare for “war tomorrow” against “vipers” in Congress who refused to nullify President Joe Biden’s win. Taylor said, “We will not return to our peaceful way of life until this election is made right.”

Court documents related to the search warrants are still under seal, but the raids are the first publicly known federal actions against people who organized rallies linked to the Capitol attack. Federal investigators have issued more than 500 subpoenas and search warrants in the probe.

[…] An FBI spokesperson told CNN the search was conducted at the property Taylor owns at 6 a.m. Wednesday. CNN obtained photos and videos of FBI agents at his house hours later.

Spokespeople for the FBI and the Justice Department declined to comment further about the raids or what investigators were searching for, noting that the case files are still sealed.

A lawyer for Taylor, Dyke Huish, told CNN that the agents were “just gathering information on people that were at or near the Capitol building on the day in question,” referring to January 6. Huish said Taylor “cooperated with investigators” and the search was finished “without incident.” Eimiller, the FBI spokeswoman, said “no arrests were made” during the searches.

Taylor acknowledged the raid on his Orange County home in a Telegram post on Friday. Using a pseudonym, Taylor urged his followers to “hold the line,” adding, “I am working with a lawyer and per his recommendation he said to keep on the down low for a bit to stay off any radars.”

Their story sounds a bit strange, especially the whole part about how Taylor “cooperated with investigators.”

Neither took part in the “storming.”

Their story has a lot of parallels with Proud Boys founder Enrique Tarrio’s, who we now know was a “prolific” FBI informant for years.

I’m not making any accusations in this case but any time people shoot their mouths off about violent revolution you have to be suspicious.

The Gateway Pundit reported on Thursday that Noel Fritsch, formerly of Big League Politics, had his home visited by the FBI on Wednesday “even though he was no where near the rally or subsequent takeover of the Capitol Building.”

EXCLUSIVE: FBI Visited Home of Trump Supporter Who Was Working in DC, But Did Not Even Attend the Rally @NoelFritsch https://t.co/gAmfZ3LwF1

“Fritsch says that the agents harassed his pregnant wife and attempted to intimidate her, while she was home alone with their four young children,” The Gateway Pundit reported.

Hip hop artist and stanch lock down critic An0maly also said he was contacted by the FBI on Wednesday morning for questioning even though he “didn’t attend the event,” “wasn’t in DC” and “wanted zero part in it.”

.@LegendaryEnergy – same happened to me today.

2 of Rosenstein’s goons harassed my 39 week pregnant wife mid-day while she’s at home raising our 4 boys, 7 & under.

Worse, promising future intimidation, they told her they’ll have to keep coming back til we speak. https://t.co/ugR0wO08XL

Tucker Carlson reported Thursday night that Bank of America searched through their customers’ data for purchases that may have been related to the Capitol protests and handed their private information over to the feds — which resulted in at least one entirely innocent person being questioned by the FBI.

As a reminder, the only person killed in the Capitol building was Air Force veteran Ashli Babbitt, who was shot dead at point blank range by a Capitol police officer while unarmed.

Officer Brian Sicknick, who was a patriot that was disgusted with our corrupt ruling class and had called for “regime change” in Washington in the past — reportedly died of a stroke after experiencing a blood clot.

CNN saves this nugget for the 8th paragraph:

“Medical examiners did not find signs that the officer sustained any blunt force trauma, so investigators believe that early reports that he was fatally struck by a fire extinguisher are not true.”https://t.co/coAVfuXhin

Two law enforcement officials told the New York Times last month that Sicknick’s injuries were the result of being hit in the head by a fire extinguisher, but a medical examiner has reportedly disputed that account, according to CNN, finding no evidence of blunt force trauma.

ProPublica reported last month that “the family got word that Brian Sicknick had a blood clot and had had a stroke; a ventilator was keeping him alive.”

Though the FBI is aggressively working to imprison everyone who had any connection to the Capitol protest, they took a knee during the Black Lives Matter riots last year.

The FBI also “took a knee” when it came to raiding Jeffrey Epstein’s island — video showed electronics from his house were removed before the FBI eventually raided the joint — and to this day they still don’t appear to have ever raided Epstein’s Zorro Ranch.

It came out just two weeks ago that billionaire Leon Black gave Jeffrey Epstein $158 million in addition to the bare minimum $46 million Epstein received from billionaire Les Wexner — were either of their homes raided by the FBI?

As a reminder, Epstein reportedly worked as an FBI informant to secure a sweetheart plea deal when he was facing life in prison back in 2007.

Epstein allegedly informed on two Bear Sterns executives — both of which were acquitted — and managed to serve only 13 months and had the FBI close their criminal probe into his alleged crimes.

Alexander Acosta, who oversaw the plea deal, reportedly told the Trump transition team when asked about his handling of the case that “I was told Epstein ‘belonged to intelligence’ and to leave it alone.”

Incidentally, whatever happened to the “vast trove of lewd photographs” that “appear to be of underage girls” that the FBI seized from Epstein’s massive townhouse in New York City?

Did they seize the suspected blackmail Epstein had on high-level politicians to bury it?

The FBI was tipped off to Jeffrey Epstein’s operation all the way back in 1996 and did nothing to hold him accountable for over two decades. The whole case has been successfully covered-up and memory-holed.

Had the FBI spent one one-hundredth of the time they’re spending going after random Trump supporters on investigating Epstein’s network they could have blown the whole operation wide open.

They chose not to.

That should really tell you everything.

Loading...
"Not by might, nor by power, but by my spirit, saith the Lord of hosts." Zechariah 4:6
BEFORE IT'S NEWS ON TELEGRAM
GET THE TELEGRAM APP - https://telegram.org/ JOIN OUR CHANNEL - https://t.me/BeforeitsNews
Read it..
BEFORE IT'S NEWS
SIGN UP FOR OUR NEWSLETTER
Today's Top Stories
New ShariRaye: Trump Soon! Liquifying People! Trump Won! Get Over It!
Juan O Savin - Entering The Final Lap! - Must Video
Former Navy Seal Michael Jaco Major Intel Update (Video)
Unbelievable Turn Of Events! Biden’s Done! Democrats Just Destroyed Everything In 2 Shocking Errors!
New Dark Outpost: Wow...Something's Coming!
New Cirsten W: Arrests & Tribunals! Ambassador Susan Rice! Gavin Newsom Indicted!
Mel K & David Nino Rodriguez Patriot News Update, Summers Getting Hotter Folks, Buckle Up 7-21-2021! - Must Video
Special Restored Republic Update! - Judy Byington - Must Video
Cell phones will be nation wide tested by the government for emergency takeover
US Military Treason Confirmed! Dr. Foul-Xi Stopped Dead In His Tracks By A GOP Warrior! +News - Must Video
Loading...
Featured
COVID-19 & COVID-19 Shot Therapy - They Don't Want You to Find
Have We Reached "Peak Self-Glorifying Billionaire"?
If This Isn't Seen It's Game Over! New Enemy Of The State Rises and You Need To Protect Yourself ASAP!
X22Report: Sen. Rand Paul Is On The Hunt! Deep State Being Hit From All Sides! Next Phase Will Bring Justice! - Must Video
Rand Paul Calls For Criminal DOJ Investigation Into Fauci For Lying To Congress - Says He Will Be Submitting Criminal Complaint
mRNA Technology Inventor Robert W. Malone Warned He May Be Assassinated For Cautioning About Experimental COVID Injection
Science Paper Documents “Self-Assembled Magnetic Nanosystems” For Cybernetic Biocircuitry Interface & Control Systems In Humans, Including “DNA Hydrogel” Tech
The State of Our Nation: Still Divided, Enslaved & Locked Down
Biden To Use Foreign Troops on U.S. Soil? Officials Call For Election Re-do, FBI Corruption & More
Special Restored Republic Update! - Judy Byington - Must Video
Top Global
COVID-19 & COVID-19 Shot Therapy - They Don't Want You to Find
Ein Video, das man ruhig mal seinen Kindern vorspielen darf.... 😁
Keeping their spirits up by singing the national anthem and chanting U.S.A., U.S.A.!
"The Biggest Human PsyOp Of All Time! Its All a Huge Scam!" Bombshell Stew Peters & Del Bigtree Interview!
Holding The World To Ransom! Must See Video By TheCrowhouse!
India Calls for Dialogue With China Over Border Tensions
Iranian Navy Increases its International Presence
“Olympic Spirit” Failed to Unite South Korea-Japan Against North Korea-China
Incredible Evidence - Adrenochrome Is Harvested from Children In Shut Down Military Bases
China Committed An Act Of War On America In The Election! - Mike Lindell - Bannon's War Room
Loading...
Top Alternative
COVID-19 & COVID-19 Shot Therapy - They Don't Want You to Find
Skyrocket: CDC Quietly Doubles Admitted Number Of Received Death Reports To VAERS For C19 Vax? - Must Video
Power Moves Coming! - The Champ David Nino Rodriguez Must Video
The Bible Scientific - Ecclesiastes 1:7
Keeping their spirits up by singing the national anthem and chanting U.S.A., U.S.A.!
NTEB Radio Bible Study: Some of the Greatest Prophecies of the Prophet Isaiah Are Right Now on Deck and Awaiting Their Soon Fulfillment
We are our own worst enemies!
7/21/21: Doctor Fauci – The Fauci Follies
Q Anon! Black Awakening! Jewel DNA! Trans-Humanism! - McAllister TV
Australia warns people not to talk to anyone you might know or be friends with: Links 1, July 20, 2021