Hey, if we’re going to do this, let’s blame our great great great grandparents who were living life to the fullest back in the 1840’s, taking long fossil fueled flights, since the Modern Warm Period started around 1850 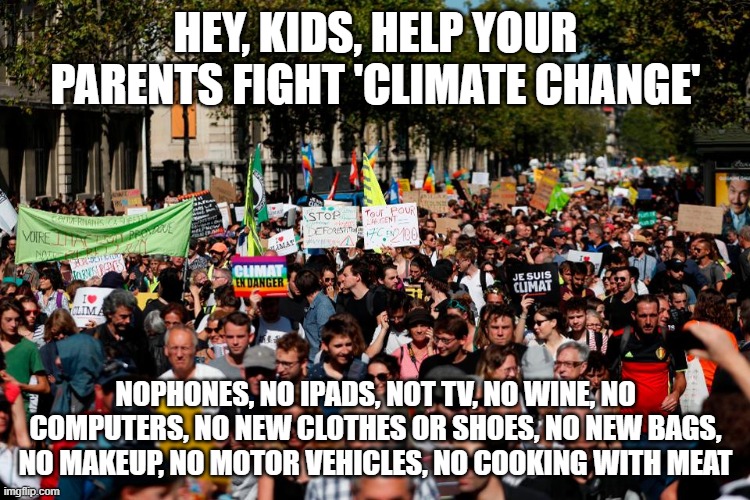 “It’s the boomers’ fault,” screamed the headline. We’ve done little to mitigate or avoid climate change. There have been periodic flurries of concern dating back at least to the April 3, 2006, with a Time magazine cover story. The Public Broadcasting System, PBS, recently ran a special on the topic.   (snip)

Now that COVID-19 is on the wane, the media may be latching onto climate change for a “lead that bleeds.” This could be sidelined by the insurrection, unless a large hurricane hits the U.S. Most of us will ignore that possibility.

In Elisabeth Kübler’s “Five Stages Death and Dying,” the first stage is “denial.” We’ve been doing that for over 100 years. The second stage is “anger.” Angry people look for a target to blame.

Boomers? Some of us are trying to bargain — stage three — with Mother Nature, a fool’s task because Mother doesn’t bargain. Some got to stage four and became depressed — and according to reports — a few committed suicide.

Four years ago, an article appeared in The Insider titled, “Past generations created a climate crisis for millennials and Generation Z. Today marks 30 years of inaction.” This, the silent generation gave birth to the boomers. Distracted by “The Great Depression” and World War II, it’s hard to blame them for not schooling boomers on climate change.

Well, it could be because no one cared about it, no one thought about it, anthropogenic climate change wasn’t even on the radar, except a few spurious articles Blaming Mankind for the hot conditions of the 1930’s.

Although we’re not to blame, as the saying goes, we’re accountable. In “Collapse,” the Pulitzer Prize-winning author Jared Diamond showed that humans are not mentally “wired” for disasters when the cause is separated by the effect by more than a few years.

That lets me off the hook. I do know about the climate emergency and, with three great grandchildren, I’ll do my best to hold it off as long as possible. That’s what acceptance looks like to me.

OK, so, Larry Menkes isn’t really blaming Boomers, he’s just saying they’re responsible. How dare they give their kids a great modern life! Perhaps it’s time to take everything away from Warmist Boomers. And the grandkids. Let them live like it’s 1799.