Those darned Republicans running the city of Minneapolis, always looking to defund their police. That’s what we’ve been told, right, that it isn’t Democrats trying to defund, it’s Republicans, right? 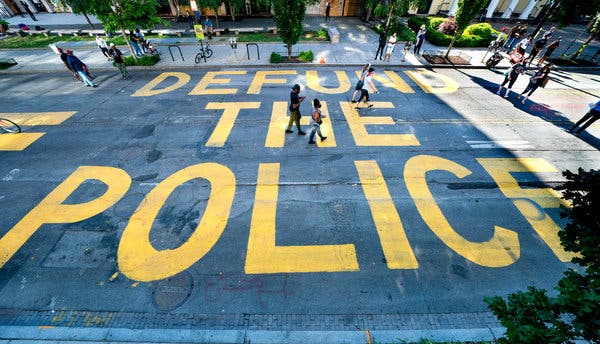 The Minneapolis City Council is pushing to dismantle its police force despite skyrocketing gun violence in which 20 children have been shot this year alone.

In its latest drive, the city council is voting on a plan to replace the police department with a “public safety department”.

Under the proposed plan the so-called “public safety department” would respond to emergency calls with a “comprehensive public health approach”.

The Minneapolis City Council tried abolishing the police force last year but was blocked by the city’s charter commission which pointed out the city’s municipal charter requires it have a division of law enforcement.

In response, the Yes 4 Minneapolis Committee is tabling a measure – approved by all 13 Minneapolis city council members – that would give voters the option to amend the charter to move towards implementing a “public safety” department.

Local new outlet Fox 9 Minneapolis reports the measure if approved “would give the voters power to replace the city police department” and “call for public safety to have a ‘comprehensive public health approach’ but does not explain what that means.”

Well, it should be interesting to see the results when the vote is held. Will the citizens vote for this plan, or nix it? Will it be close, or a blowout either way? My bet is on at least 65% against this insane plan, especially since no one actually will know what the “comprehensive public health approach” means.

A large component of the violence involves guns with 187 shootings up to June this year.

The spike in violent crime has become so bad a group of eight residents sued the city to force the city council to “refund” the police and expand the police force to the numbers required by the city’s charter.

The police department has seen a wave of retirements and resignations, along with police taking a very soft approach and not getting too involved, as they do not want to deal with the false accusations from simply doing the job. And this allows the criminal community to be more brazen. This isn’t about the guns, it’s about people willing to use them in crimes. And, with fewer officers, the priority will be to patrol the rich and middle class neighborhoods first. With the way the city council and leftists are treating the police, why would anyone want to join the Minneapolis force?