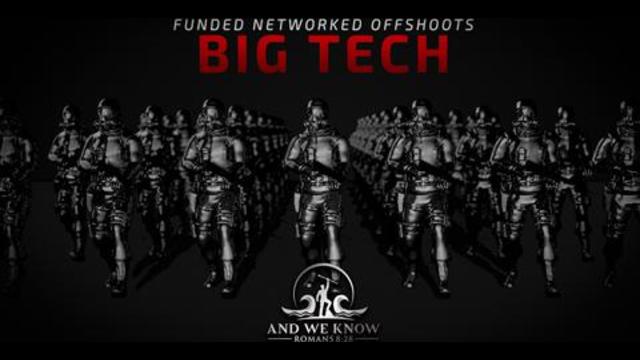 (Natural News) Nearly six million Jews died in the Holocaust, and over a million in the chemical gas chambers, so you’d think the Jewish State of Israel would know better than to force-vaccinate all of their citizens with toxic, lab-concocted vaccines made by tyrannical pharma goons who love genocide delivered under the guise of inoculation. The new, yellow proof-of-vaccine “Happy Badges” are like wearing a ribbon celebrating your own suicide.

Let’s reflect. The Nazis made all Jews wear a yellow badge that featured the six-pointed Star of David, so the guards and SS Police could isolate and abuse them. The goal was to create a huge rift between the German population and the Jews, who were considered less-than-human, like rats and roaches.

That is exactly how the US government today wants every Covid-vaccinated person to feel about all citizens who won’t take the dirty, deadly, blood-clotting China Flu vaccines. It’s still population control by the government where they employ their own citizens to label, ostracize and destroy their fellow citizens.

After the Germans invaded Poland, the Nazis demanded all Jewish businesses be distinctively marked, and soon after, the Jews themselves were marked, and marked for death, little did they know. That was 1939. Eighty two years later and the same thing is happening all over again, except this time, instead of the German Pharma (IG Farben) using deadly pesticides in gas chambers, the American Pharma (J&J, Moderna, AstraZeneca, Pfizer) are using deadly, blood-clotting protein injections disguised as vaccines for a disease they created in a lab and purposely released in order to get everyone to “walk” into the new gas chambers – Covid vaccination.

In every territory that the Nazis conquered, the propaganda was spread. They made the Jews buy and distribute the badges. Any Jew caught without a badge was fined, imprisoned, or … wait for it … shot twice in the back of the head. This all happened. Real history. Not conspiracy theories. History. Facts.

By 1941, in the parts of Poland that were occupied by German forces, the SS Police (today’s door-to-door vaccine squads) ordered all Jews to wear a yellow six-pointed star of the front, left-side and back of their shirts/tops. They did the same to the Jews in the Soviet Union. Others were forced to wear a blue Jewish star (star of David) on their outfits.

The French government refused to implement the badge order in their “unoccupied zones,” saying it was too much abuse, but the Nazis still enforced it in France, the Netherlands and Belgium. This is what’s happening with forced vaccination in New York, California and other Democrat-run states. The message now is take the dirty jabs or lose your job, your ability to travel and all forms of entertainment.

Nearly all Jews cooperated with the badge decrees for fear of severe punishment from the Nazis, and that is what is so ironic about Israel‘s vaccine mandates now

Of course, the name of the badges issued today in Israel to prove Covid vaccination is complete is “Happy Badges,” because pharma is so pleased that millions of Jewish people are lining up to be inoculated for their own demise. It’s claimed the happy badges are for big events, like parties, weddings and funerals, so everyone who is vaccinated can ostracize the unvaccinated, preparing them for their “punishment” from the government.

Any Jews in Israel that choose to congregate in groups of 100 people or more are now forced to wear this vaccine-concentration-camp badge, revealing death-vax status.

The Covid vaccines also terminate 4 out of 5 babies in the womb, so it’s highly advised by pharma to have pregnant Jews get the shots. Genocide by vaccination is the proclamation that goes unsaid, and it’s just like the gas chambers disguised as shower facilities. Remember?

Why the state of Israel would believe, almost as a whole, that pharma’s vaccines are “safe and effective” rather than dangerous and defective is beyond all common sense, experience, history’s lessons, and even science. The pharma that creates vaccines today grew from the pharma that Hitler hired to execute millions of people. Bayer. Monsanto. Pfizer. These are all chemical conglomerates so powerful they control all media, the script, the narrative, the propaganda. Just like during WWII, we have pamphlets and films that choose a scapegoat to destroy.

Then it was the Jews. Now it’s the non-vaccinated. Can you see it Israel? Can you see it America? Open your eyes, or they’ll be forced closed forever by dirty injection. Figure it out, because your time is running out fast if you don’t. Why trust pharma when they ARE the pandemic. Just look at opioid drugs, chemotherapy and now the China Flu. These were invented to destroy humankind and enslave anyone who survives the 2021/2022 Vaccine Holocaust. The globalists, Amazon, Facebook, Twitter, Big Pharma and the Biden Regime aim to slow walk 200 million Americans into the vaccine “chambers.” Don’t let it be you too.

You have human rights. You have medical privacy rights. You have second Amendment rights if you are an American. Be ready to defend them all, and even at your front door when the communist Biden/CCP/CDC goons come to force vaccinate you and your children.

Now, if for some reason, you already got jabbed with the blood-clotting Covid inoculations, and you are suffering from CoVax Syndrome, then report it to VAERS. Also, check out Pandemic.news for updates on these crimes against humanity and the upcoming vaccine holocaust.