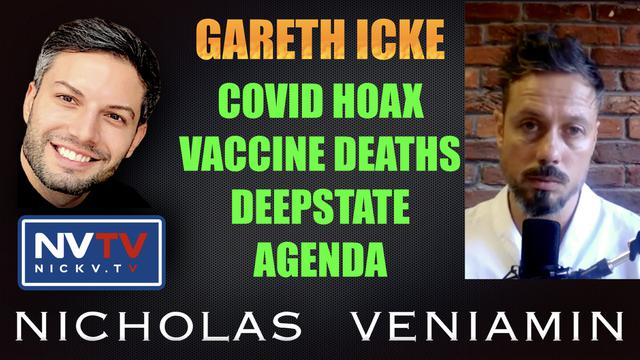 (Natural News) Just a few months before the Wuhan coronavirus (Covid-19) “pandemic” was officially declared, the Department of Homeland Security (DHS) and several other federal bureaucracies held a “National Exercise Program” (NEP) that simulated the country’s preparedness response to a disease threat. Well, it has been speculated ever since that the Chinese Virus is simply this exercise gone live.

Could it be that the Fauci Flu, along with Donald “father of the vaccine” Trump’s “Operation Warp Speed” injections, were all rolled out as part of a staged plandemic that was hatched and falsified long before it appeared on the world stage? The evidence increasingly points to yes as the answer to this question.

LifeSiteNews has been keeping up with the latest developments on this front, having previously reported about how this “operational exercise” amounts to a hoax. This is based on actual U.S. federal law, policy, strategies and other documents that use such language to describe these types of false flag events.

“Most of the law is in regard to a specific national exercise to test preparedness for terrorism,” writes Robert L. Kinney III.

“But within the law is an odd update to the overall U.S. national program which tests or ‘exercises’ preparedness for national security threats. This program is named the National Exercise Program and is developed, led, and conducted by the Department of Homeland Security and other federal bureaus and departments.”

What we know about the NEP is that it functions as a national-level mechanism for “validating national preparedness.” On its surface, it functions as a training tool for “empowering” communities to be more resilient to any threats or hazards that might come their way.

“The National Preparedness System provides the overarching framework supporting nationwide efforts to build, sustain, and deliver the capabilities necessary to prevent, protect against, mitigate the effects of, respond to, and recover from threats and hazards that pose the greatest risk to the security of the Nation,” one article explains about it.

“Within the National Preparedness System, exercises provide the ability to examine and assess plans, validate capabilities, improve coordination, and identify strengths and areas for improvement.”

It has also been reported that many of these exercises are covert and secretive, meaning the general public does not even know they are occurring. Instead, the masses are led to believe that the exercise is real, which creates for a better simulation process.

It just might be the case that the Wuhan Flu is just that, as an NEP reform bill was signed by Trump back in 2019 inserting the word “emerging” into the phrase “credible and emerging threats.” What this accomplished is that the federal government was given the green light to stage a falsified plandemic response drill, of sorts.

“The law originally only used the words ‘credible threats’ but was updated soon before COVID-19 to read ‘credible and emerging threats,’” writes Kinney.

“It may not seem like it at first, but this may be very significant. The original law had not been amended since 2007 but was amended in 2019, only a few months before the reported outbreak of an ’emerging infectious disease threat’ known as COVID-19.”

It would appear, in other words, that Congress and Trump knew in advance that an amendment needed to be enacted to prepare for an “infectious disease” exercise that coincidentally (or not) would appear just months after the changes were made. Was this really just a manufactured plandemic and everyone was in on it at the highest levels of government?

The latest news about Wuhan coronavirus (Covid-19) plandemic deception can be found at Pandemic.news.

United Nations Agenda 21 – taking out 90% of the population.