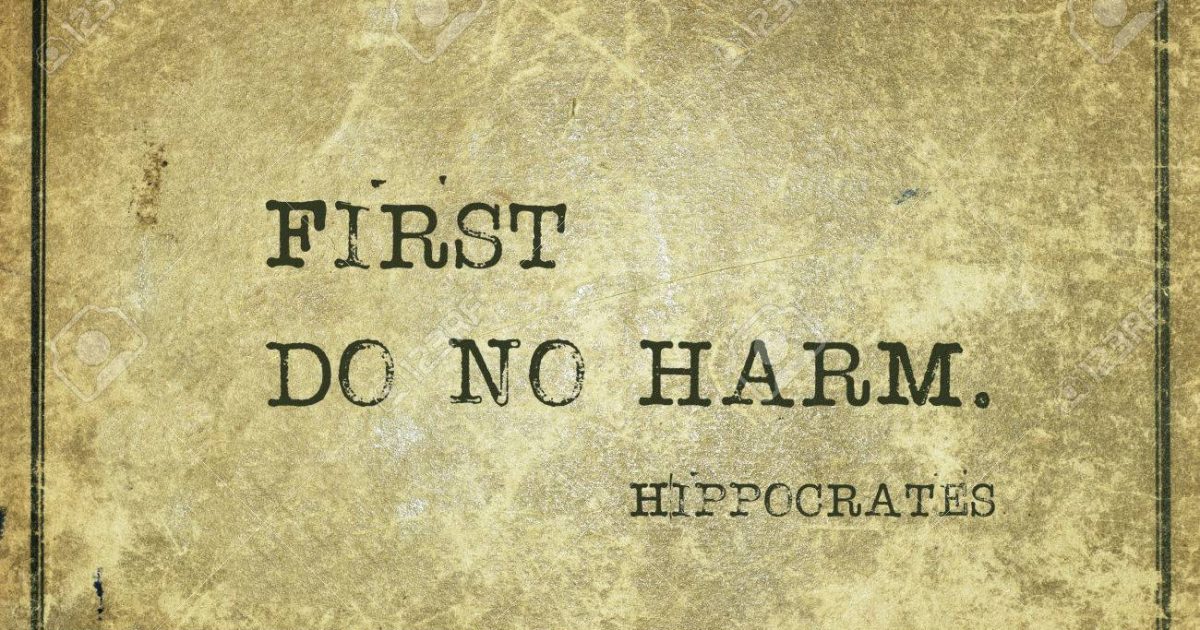 Tyrants are alive and well during these Covid days. If you tremble with righteous anger when tyrants raise a clenched fist to crush the innocent and helpless, then you and I can become friends, even if you’re a Liberal.

Yes, I’m getting mellow at my advanced age. But then, mellow is only one stage from being rotten, so we can at least be friendly.

Righteous anger is producing stirrings of courage, convictions, and commitment around the globe.

A few days ago, thousands of physicians told national governments they are resisting their totalitarianism and will not take it anymore. They declared government officials are not in charge of health care, and in attempting to control it, they are tyrants and totalitarians.

Such officials would also be ordinary thugs.

It was September 29 of this year that more than 6700 physicians threw down the gauntlet and demanded an end to the medical tyranny that national and international health officials had forced upon them. The concerned physicians are weary of being bullied, browbeaten, and bludgeoned by political physicians and restricted on how they treat COVID-19 patients before they are hospitalized in a life and death position. Often the mandatory unsuccessful treatment fails, ending with death.

I think death would indicate the treatment was unsuccessful.

The brave physicians declared, “this is not medicine. This is not care. These policies may actually constitute crimes against humanity.” It must be remembered that these physicians work on the frontline in the COVID battle, not sitting in ivory towers pontificating their wisdom to the unwashed masses in the streets.

Others have made similar comments about “crimes against humanity.” That is not hyperbolic but real. Health “experts” at the CDC, NIH, FDA, and WHO have been accused of dragging their feet in restricting and refusing (even ridiculing) the use of common, effective drugs to cure patients in early stages of COVID. It is alleged they are doing that to guarantee the financial success of quick and questionable but expensive vaccines. If so, that is “crimes against humanity.”

I hesitate to use the Nazi comparison at any time, but it is appropriate here. Twelve Nazi officers were sentenced to hang at Nuremberg for the deaths of innocent people, and the guilt of some officers is in doubt. IF the allegations against federal and international health officials are true, it is far worse than those Nazis, and there will be many physicians in court who sold out for 30 pieces of silver—or the hope of a Nobel Prize.

Even if all the charges against public health officials are untrue, the accusation of tyranny is clearly valid. Without seeking information from all sources, politicians took the word of people with doctorates but who had never treated a patient. Furthermore, some of the health officials had conflicts of interest—financial, political, and economical. Or egotistical.

Furthermore, no honest person would disagree that much political reaction was prompted by hated of Donald Trump. Such politicians made decisions not based on science while they talked about following the science!

The lockdowns are unprecedented, and it’s unbelievable that so many allegedly independent-thinking Americans would obey such dictatorial mandates. How did these political tyrants— mayors, governors (and president), think they had the authority to force a businessperson to close their business after putting their life savings and sweat into it? Moreover, it is shocking that so many obeyed and thus were forced out of business.

However, this has been going on for decades since the 1964 Civil Rights Act, when the feds took freedom from everyone with the pretense of helping minorities have more freedom. If the state or federal government can tell you that you must serve certain people, then they can tell you what hours you can open, how much you must pay, what pension plans you must provide, rules about overtime, workplace regulations, and on and on and on. Political totalitarians should have been stopped at the first intrusion into a business that was not their own. Businesspeople don’t work for themselves anymore but for the government.

Lockdowns forced churches to close while strip clubs and similar places remained open! I suppose there may be a feeble argument for a businessperson to make about caving to officials but not for a church. The church must obey Scripture, and it has first amendment protection. Yet, church leaders permitted elected officials to decide whether the church could be open, how many people could attend, how they were seated, and the duration of services.

The early Disciples would reply, “We ought to obey God rather than men.”

Many, maybe most, of the submissive pastors were simply trying to be obedient and wanted to help, not hinder, the community. Some pastors compounded their compromise by paying a fine. For others, it was cowardice and capitulation to secular authority. That will be revealed in eternity and not before a human tribunal.

We were told that masks are required, and one could not enter a business without a mask, but that mandate is not science-based. Masks are not capable of or made for preventing the spread of any virus. Proof of that fact is printed on the side of every mask box.

Is this a dry run for the time when one cannot buy or sell without a mark? Not much difference between a mark and a mask. Both mean subservience. But then, a businessperson can set any qualifications he chooses within very narrow guidelines since 1964. I would support a business owner’s right to require a Goodyear tire around each customer’s neck.

The governor of Texas has forbidden any business to forbid masks in the state, but a businessperson should have the right to set his own requirements for those he serves.

A medical doctor or nurse is different from a businessperson. First, he probably had a huge student loan guaranteed by the federal government. However, he took an oath to help the sick and to “do no harm.” When a physician refuses to see a patient or do early treatment, he breaks his oath, and the patient should remind him of that. A non-mask-wearing patient should not be denied treatment.

The Washington Examiner ran a story about the effectiveness of masks protecting wearers from COVID. They asked, “Do masks actually work? The best studies suggest they don’t”! A 2020 study in Denmark with 4,800 participants found that “1.8 percent of those in the mask group and 2.1 percent of those in the control group became infected with Covid-19 within a month, with this 0.3-point difference not being statistically significant.”

Reports of toxic mold and bacteria can harm your lungs and immune system as you also inhale synthetic fibers from the masks. Only the special N95 masks that few people have might be somewhat helpful.

Now the tyrants tell us that two-year-old children must be masked. Have these people lost their minds? They must not have children because small children will not wear a mask all day. Or an hour. It should be remembered that children have as much chance of getting COVID as being struck by lightning in an Iowa lake while fighting off a monster crocodile.

Dr. Mike Ryan, executive director of the WHO health emergencies program, declared, “There is no specific evidence to suggest that the wearing of masks by the mass population has any potential benefit.”

Health officials at the CDC, NIH, FDA, and WHO have flipped more than a gasping fish on a riverbank. And are shocked when we ridicule their “expertise.”

Masks don’t work and even do great harm; moreover, they are abnormal since one’s face is a significant part of ones’ identity.

God reminds us in II Corinthians 3:18, “But we all, with open face beholding as in a glass the glory of the Lord, are changed into the same image from glory to glory, even as by the Spirit of the Lord.” Genesis 38:15 reminds us that when Judah saw his face-covered daughter-in-law, he “thought her to be an harlot; because she had covered her face.”

In II Chronicles 25, King Amaziah of Judah went to see Joash, King of Israel, saying, “Come, let us see one another in the face.” The face is very valuable in communication, understanding, and making judgments.

The petty health tyrants get their jollies out of issuing lockdowns, masks, treatments, etc., but they are bags of wind and driven by ego. Those that are not, might be sincere but sincerely stupid.

Moreover, the federal government cannot regulate each state’s health requirements since it is the state’s legal responsibility. Biden and his shysters at the CDC, NIH, FDA, and WHO can pontificate all they want, but the states are responsible. According to the U.S. Supreme Court, “Direct control of medical practice in the states is beyond the power of the federal government.” (Linder v. United States, 268 U. S. 5, 18, 45 S. Ct. 446, 449 (69 L. Ed. 819, 39 A. L. R. 229.)

Congress or the CDC, NIH, FDA, or Joe Biden cannot directly restrict a physician’s professional judgment or interfere with the free exercise in treating disease. Whatever power exists in that respect belongs to the states exclusively.

Political and medical tyrants have demanded masks and vaccinations but thinking Americans are saying, “no.” School teachers, bus drivers, pilots, police officers, firemen, and many medical personnel have refused the shot and masks. It tells the tyrants we will not be controlled.

With all the workers refusing the jab, mask-wearing, etc., it will break the back of the tyrants; or the workers will cave, energizing the tyrants. Our massive federal debt, bankrupt businesses, climbing inflation, and our refusal to stand will produce a total collapse of America. We can defeat tyranny again.

Tyrants are never impressed by cowardly compliance and craven capitulation; it only emboldens, empowers, and encourages tyranny. George Orwell reminded us, “All tyrannies rule through fraud and force, but once the fraud is exposed, they must rely exclusively on force.” We are watching a demonstration of raw force in various nations. Thomas Jefferson opined, “When tyranny becomes law, rebellion becomes duty.”

We live under tyranny if the people fear their government instead of government officials fearing the people. It’s time to stand. As Jefferson said, it’s your duty.

(Dr. Don Boys is a former member of the Indiana House of Representatives who ran a large Christian school in Indianapolis and wrote columns for USA Today for 8 years. Boys authored 20 books, the most recent, Reflections of a Lifetime Fundamentalist: No Reserves, No Retreats, No Regrets! The eBook is available at Amazon.com for $4.99. Other titles at www.cstnews.com. Follow him on Facebook at Don Boys, Ph.D., and visit his blog. Send a request to [email protected] for a free subscription to his articles, and click here to support his work with a donation.)