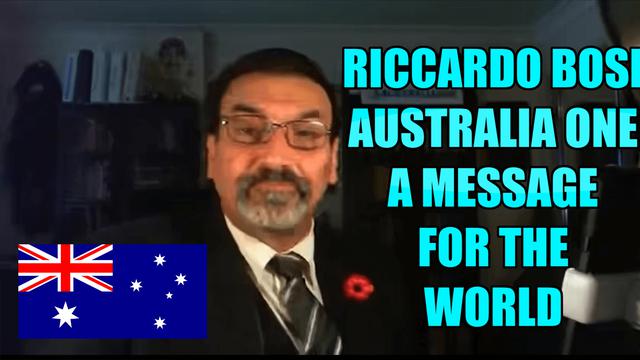 Cunningham was sick and tired of English rule in Ireland. And along with 50,000 of his fellow Irishmen, Cunningham picked up a weapon and started in uprising against Great Britain.

Their rebellion was a complete disaster; the rebels hoped that the British army was too weak to resist after their defeat in the American Revolution.

But within a few short months the British had regained tight control of Ireland.

Naturally their first order of business was to round up all the remaining rebels— and Cunningham was among them.

His punishment was being shipped off to a British penal colony in the south Pacific, in a place that was generally known at the time as “New Holland”.

Today we call it Australia.

Cunningham wasn’t one to accept his fate easily. Even while en route to Australia, he and other prisoners briefly managed to take over the ship… though British marines eventually regained control and gave Cunningham 100 lashes.

But Cunningham still wasn’t finished. A few years later in March of 1804, he led about 300 Australian prisoners in yet another rebellion against their British jailers.

That rebellion was so severe that the British governor was forced to declare martial law— the first, but certainly not the last time in Australia’s history this would happen.

It’s ironic that, each year, ‘Australia Day’ is celebrated on January 26, which commemorates the day that the British Navy first sailed into Sydney Cove, hoisted their flag, and declared the land their penal colony.

So Australia Day does not celebrate the birth of a nation so much as the ribbon-cutting of a giant prison.

Clearly in 2021, Australia has simply been returning to its roots as the world’s largest prison.

You know the story by now— “two weeks to control the spread” of COVID-19 became “indefinite dictatorship and total suspension of basic human rights.”

Over the course of the last 18 months, Australia’s state and federal governments have:

Ironically, an Australian government website lays out citizens’ “right to freedom of movement” and says that this very basic human right “cannot be made dependent on establishing a purpose or reason for leaving.”

But Australia doesn’t have to follow its own rules, nor care about the human rights of all the little people, because it’s an emergency.

In the name of COVID Australian police and government officials have also:

It is also now illegal to plan, publicize, or participate in protests.

The right to peaceably assemble and hold public protests against unjust government actions is enshrined in the Western legal tradition. But for organizing protests against the Australian government’s tyranny, Anthony Khallouf has been sentenced to several months in prison.

His “crimes” include not complying with COVID decrees, and “encouraging the commission of crimes”— that is, sharing information about the time and location of protests.

He is a political prisoner, like many of his forebears.

But at least Philip Cunningham was imprisoned because he engaged in actual violence.

Khallouf, on the other hand, was found guilty of… illegally crossing Australian state borders.

That hasn’t stopped the protests however.

Thousands of Australian construction workers, for example, protested because they refuse to be coerced into vaccination against their will.

They actually were peaceful protestors. For real. They literally sang the national anthem.

Yet police pepper sprayed them and fired rubber bullets into the crowd of thousands (which included children).

Perhaps even more diabolical is that the government restricted the media from showing footage of the event as it was happening, and restricted airspace to prevent media helicopters from filming.

That didn’t stop people on the ground from recording it with their phones.

In one exchange, a protestor filmed a police officer agreeing, “I’m just as over this fucking [lockdown] as you are,” but, “we get paid to do this [fire on peaceful protestors] mate…”

Other police were caught on video going door-to-door to ask residents if they planned to attend, or knew of any planned protests.

They asked one homeowner if he is on any social media platforms, but declined to tell him why they targeted that particular address.

What’s really crazy is that this authoritarianism goes beyond COVID hysteria.

It gives the Australian Federal Police (AFP) and the Australian Criminal Intelligence Commission (ACIC) sweeping new powers to not just surveil Australian citizens online, but also take over and run their online accounts, lock the actual user out of the account, and add or delete data.

The police never have to notify a person that their account has been hacked by the government.

What they are calling “warrants” actually do not always require an actual court or judge to sign off.

An “emergency authorisation,” allows police to bypass the courts entirely. And why should anyone be concerned about that? It’s not like the Australian government has ever abused its emergency powers before…

It should be obvious by now to every citizen of any Western nation that never-ending “emergency powers” can easily snowball into a full-blown dictatorship.

There is no reason it couldn’t happen to other formerly free nations as well.

And that means, more than ever before, it’s time to think about a Plan B.

Loading...
"Not by might, nor by power, but by my spirit, saith the Lord of hosts." Zechariah 4:6
BEFORE IT'S NEWS ON TELEGRAM
GET THE TELEGRAM APP - https://telegram.org/ JOIN OUR CHANNEL - https://t.me/BeforeitsNews
Read it..
BEFORE IT'S NEWS
SIGN UP FOR OUR NEWSLETTER
Today's Top Stories
Situation Update: It's Going To Be Biblical! Military Tribunal In DC! Election Was A Military Sting OP! Military Knows The Dems Cheated! Project Odin! Starlink! - We The People News
Situation Update: Countries Shutting Down Lead To Black Swan Event! Maxwell Case To Reveal Political & Social Elites As Pedophiles! - We The People News
Juan O' Savin “The Sh*&ball and Patriot Infighting" (Video)
New Monkey Werx: Where is Ghislaine Maxwell?
Vaccine Sudden Death Syndrome Explained...
Gene Decode: Major Situation Update (Video)
X22Report: Trump Challenges The Media On Election Fraud! Big Tech, Fake News Are Being Exposed! - Must Video
Here’s Why He’s Pushing the Vaccine - The Truth About Clones You’re Not Being Told (Video)
HUGE Intel Nov. 30!- Nuclear War End Of Days Scenario Imminent- US vs Maxwell Has Begun- Biden's Crimes Detailed!-DUMBS Clean Up Update- Cabal's Operations Disclosed
Stew Peters Explosive Truth: There Is No Specific Test For These Variants, How Can People Have New Variant?? (Video)
Loading...
Featured
New Clif High: Trench Woo War News - Explorers' Guide to SciFi World
New Cirsten W: November 30th Big Intel! Evergrande Done, MSM Dissolves Chris Cuomo CNN, Jack Dorsey Twitter
Uncovered 2019 Video: Fauci & HHS Conspire To Unleash "Virus" On The People
Charlie Ward & Ann Vandersteel: You Have God Given Rights! Fight For Them! - Must Video
Fully Vaccinated Pro-Vaccine Canadian Senator Dead at 56 After Getting Her Shot
How Bad Is This? Moderna Warning About New Variant! More Financial Crisis Events Coming! - Full Spectrum Survival
Utility Rates Skyrocket Tomorrow Across The Nation
America's Frontline Doctor Reveals How To Detoxify From Graphene Oxide (Video)
Former Fauci Colleague Sounds The Alarm On What He’s Doing! Fauci's Going Down!
Here’s Why He’s Pushing the Vaccine - The Truth About Clones You’re Not Being Told (Video)
Loading...
Top Global
Is This What Society Has Become? Watch Forced Vaxxination Roundup Of Aboriginal Elder!!
Uncovered 2019 Video: Fauci & HHS Conspire To Unleash "Virus" On The People
Dr Nevers Mumba Speaks On Vaccines In Zambia – Must Video
Graphene Oxide
Society Reset Interloopings in a Fertilizer Shortage
EU's Plan to Replace Farms - CITIES2030 - Digital Twin of Food Supply - IceAgeFarmer
No Vax, No Food/Fuel in India - Food Withheld to Force Vaccinations - IceAgeFarmer
Dr Vernon Coleman - Evidence That They KNEW the Covid Jab Would Kill Thousands
Patterns of Deployment of Toxic Covid “Vaccine” Batches
Health Passport: If no one stops them, we know how this ends
Top Alternative
Let’s Get This Party Started
Is This What Society Has Become? Watch Forced Vaxxination Roundup Of Aboriginal Elder!!
G. Maxwell Court Case - Dorsey Steps Down - Hunter Laptop From Hell
Freedom is dying worldwide…Large fine every month if you do not comply.
Dangerous times
Why Getting Outside For A Walk In The Cold Can Benefit Your Physical And Mental Health
URGENT: MASSIVE TAKE OVER OF ORGANIC LIFE: Green Finance is NOW Monopolizing the Planet
All the Music in the World Has An Agenda. Must See Videos To Show How The Church Was Infiltrated Through Music Called Jesus Rock And With The False Judeo Christian Illuminati Doctrine!
This is a leading indicator of a civilization in decline
Tucker Carlson for November 29, 2021